Home Uncategorized Battleborn: No more content planned as the team moves on to Borderlands 3

Battleborn: No more content planned as the team moves on to Borderlands 3

There are no more content drops or updates planned for Gearbox’s online shooter Battleborn.
Creative director Randy Varnell has said he’s moving on to the next Gearbox project, all but confirmed as Borderlands 3, 15 months after Battleborn went live.

“As of this week, there will be no more Battleplans and there is currently no planned content after the Fall Update,” he said. “Details of any future changes or news will be made on our forums or through social media, so keep your radars on.”

The Fall update includes balance changes and art updates as well as new skins. “Battleborn is here to stay. Nothing is changing with Battleborn, and the servers will be up and active for the foreseeable future,” said Varnell. 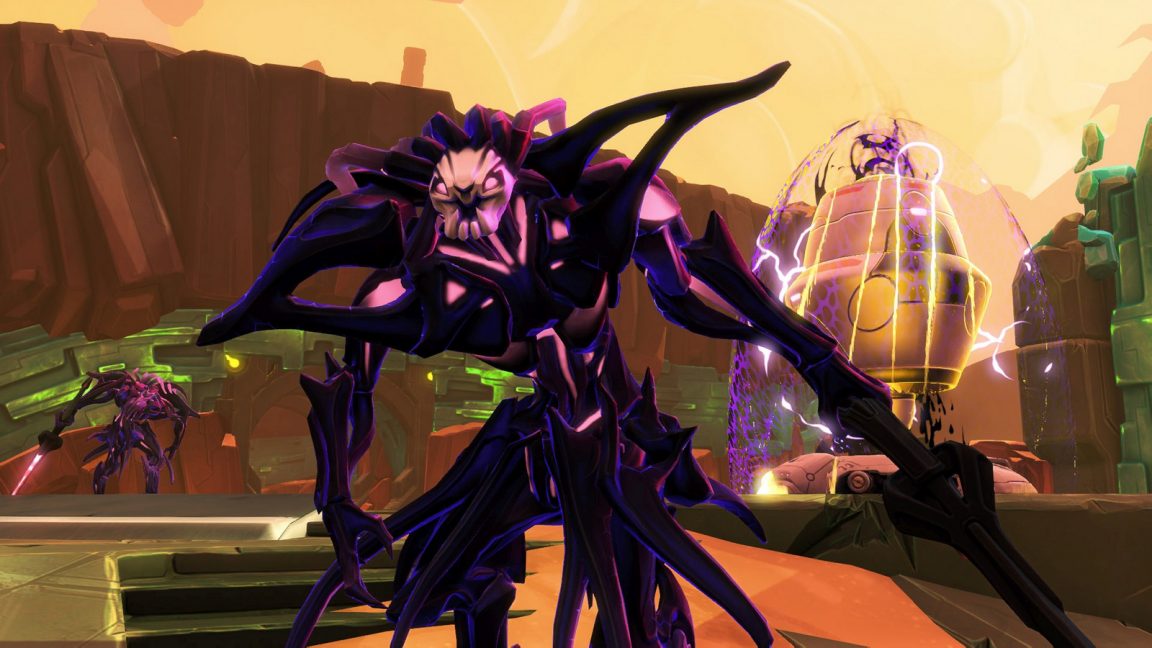 Varnell has worked on Battleborn since 2012, and confirmed he’s staying with Gearbox and shifting on to the project that everyone assumes is Borderlands 3. The studio has previously stated that once Battleborn is finished, a new Borderlands is next on the list from Gearbox.

“If you’ve been paying attention to recent news from the Gearbox Panel at PAX West, you’ll have heard that many folks at Gearbox are working on a highly anticipated project.

“Although I’m sad my time on Battlebornis coming to a close, I’m happy to announce that I will play a significant role on this highly anticipated but unannounced game, and I’m sure you’ll be hearing some from me again in the future regarding Gearbox games.”