Huawei's new wireless FreeLace headphones were shown off alongside the Huawei P30 and P30 Pro… but sadly they didn't want to actually turn on.

That usually would be something of a bust, but there were a number of design features that we wanted to talk you through as well, so while we scrabble around for a working pair here's what we found when testing them out.

This seems OK for what you're getting, but without being able to discern sound quality it's hard to know whether this is really a fair price.

The Huawei FreeLace buds are Bluetooth wireless headphones, with the battery on one side of the cord and the controls on the other to bring balance as they hang around your neck.

They actually split apart to reveal the USB-C connector, which allows you to plug them into a phone – ideally, in Huawei's eyes, a P30 or P30 Pro – and charge them directly from there.

You can get four hours' power if you plug them into one of the new P30 phones for just five minutes, which is pretty impressive, and you'll be able to listen to tunes for 18 hours, or chat on the phone for 12 hours if you're that way inclined when it comes to conversation.

Plugging in will facilitate an instant pairing with a Huawei phone, but you'll need to do the standard Bluetooth connection with another handset, something that we were unable to do in our testing despite the headphones turning on.

Huawei says it's also put a lot of work into the noise reduction it can achieve, with the key new feature being the capability to listen to music when it's windy.

Usually, noise-reducing headphones struggle to create the opposite soundwave to counteract the unpredictable sound of wind, but Huawei is claiming its managed it.

In terms of sound quality, there's a 9.2mm driver in there, which Huawei claims will sound incredible with rich treble and improved bass thanks to the bigger component. 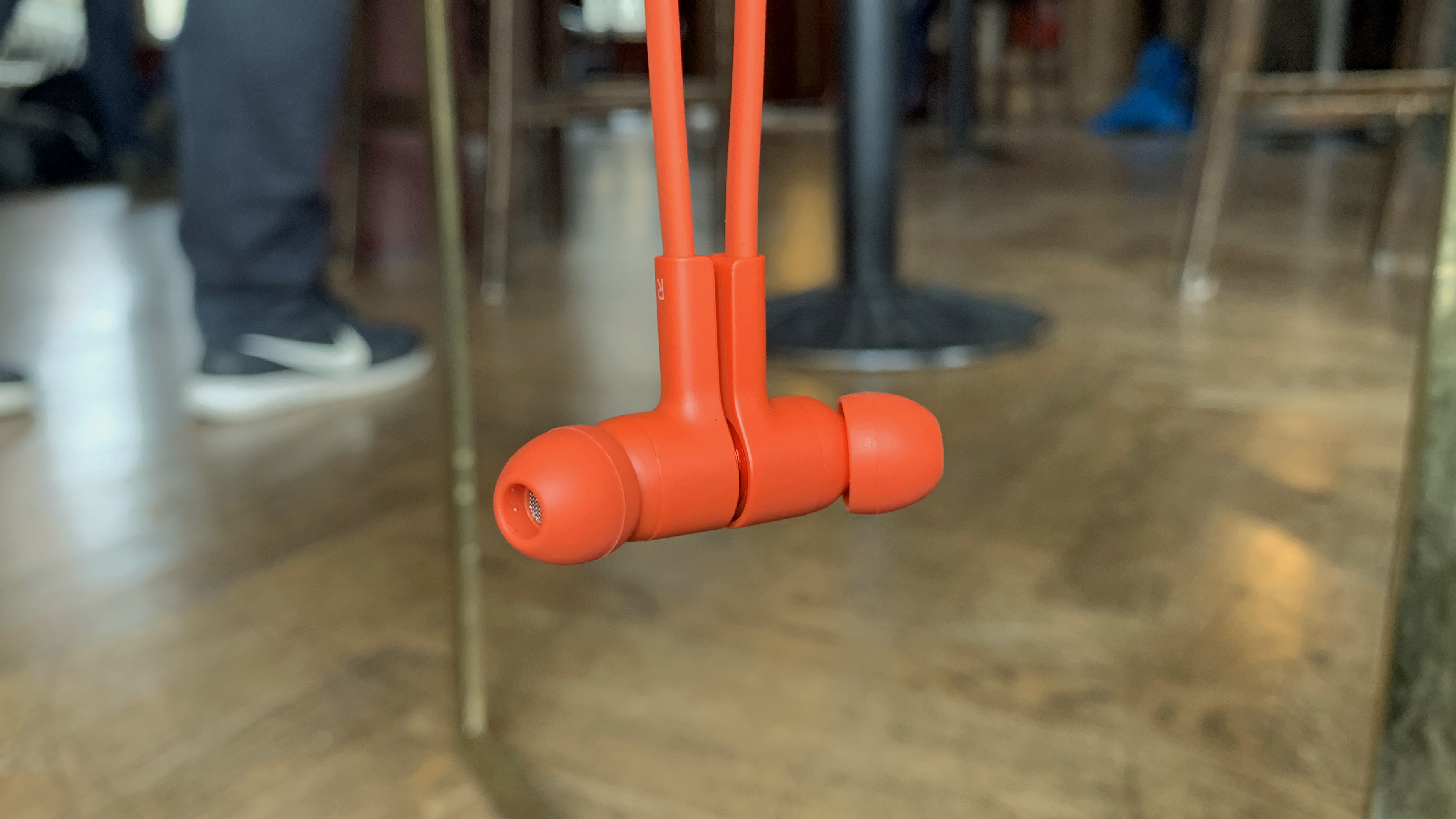 The FreeLace headphones from Huawei look pretty normal when you first pick them up, offering a single cord to connect the two buds.

When you place them on though, you'll realise that the balance of having two heavier elements on either side makes them much more comfortable to wear. The buds themselves fit in snugly enough, and the cord wraps around the neck well.

If you find it's a little bit loose or doesn't quite hang correctly on the neck, then you can bend it and the 'Memory Metal' (a nickel-titanium mix) will slightly hang in place. It's not super rigid but does conform somewhat to your shaping.

The headphones will come in black, amber, green and silver, to (partly) match the look of the new P30 phones Huawei is bringing out.

The edge of the buds themselves is actually magnetic, meaning when they dangle around your neck they'll attach together. That in itself is helpful when you're not wanting to push the FreeLace into your ears, but when the magnet is disconnected you'll be able to answer a call automatically, or pause music when it reconnects.

The Huawei FreeLace are IPX5 sweat resistant, although we'd need to give these a good go on a run to see how well they stayed in your ears – in reality they might be more suited to gym workouts.

The buttons on the control module feel nice to touch and have a pleasant click, but without being able to skip through tracks it's hard to say too much about these, from either a positive or a negative angle. 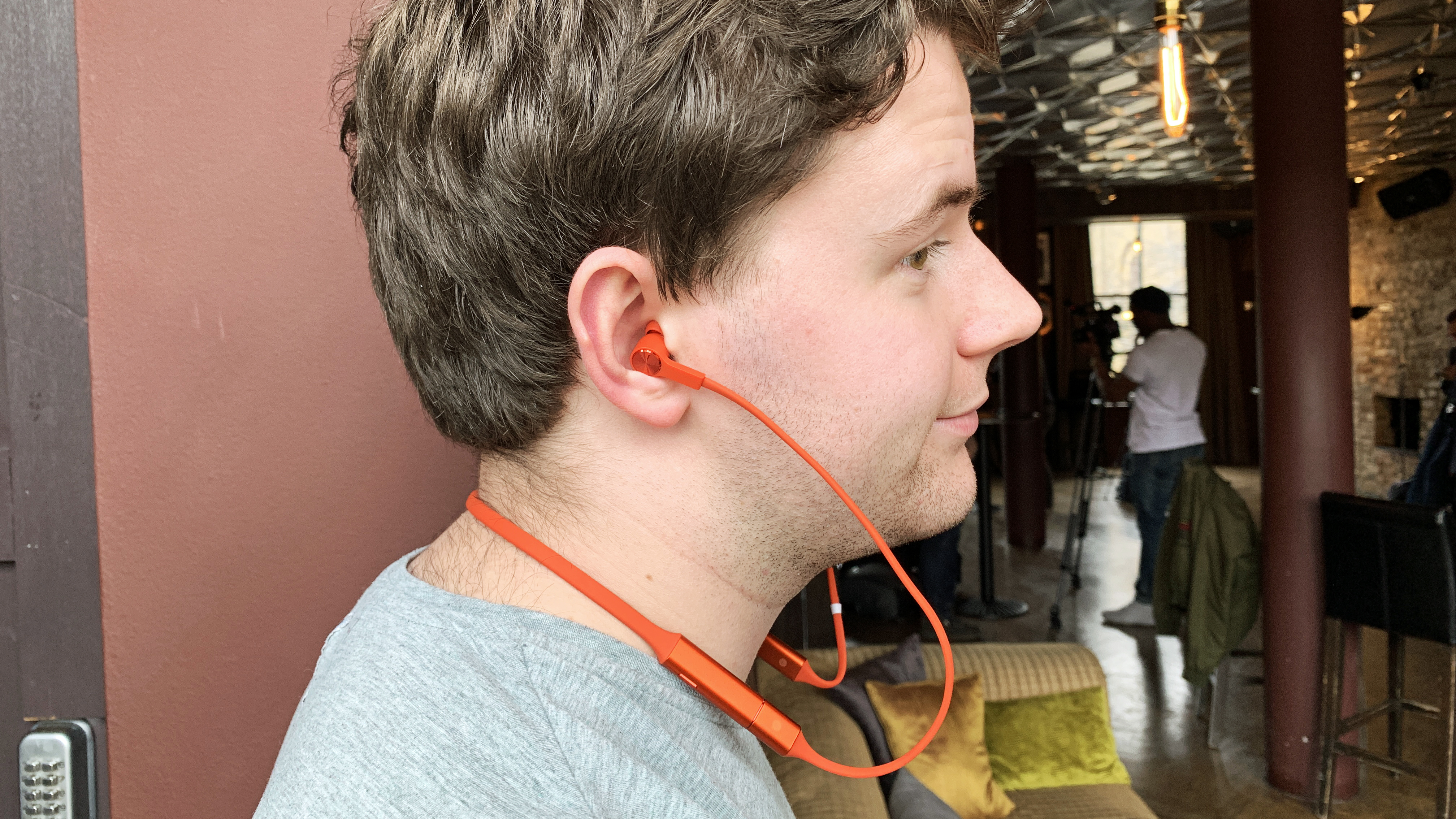 While the Huawei FreeLace are essentially just normal wireless headphones, there's a level of innovation in there – from the magnetic auto-pause to the hidden USB-C charger – that make them stand out a little.

We're looking forward to checking these out on the streets soon – hopefully with a more understated color, perhaps.