Pokemon Silver is the gold standard of Pokemon games

Anyone who knows me even slightly will be unsurprised that the game I’ve been revisiting over the past couple of weeks is Pokémon Silver. As soon as Nintendo re-released Gold and Silver on its virtual store on September 22 I had my 3DS in hand, ready to jump back into Johto.

Usually the first game you play in a series has a certain magic – no matter how good the games that came before or after it are, you feel you owe it a debt of favoritism.

So often when someone asks me what my favorite game in a series is I’ll instinctively name the first one I played, even if it’s not really my favorite. I’ve told more than one person Grand Theft Auto III is the best GTA title when it is, quite clearly, Vice City. That’s not the case for me when it comes to the Pokémon series, though.

Second in generations but not in affections

Ask me what my favorite Pokemon game is and I won’t tell you Red – I’ll reply Silver without hesitation. Gold is, of course, basically the same game and equally deserving of praise, but Silver was the version I settled on. I only have a vague idea of the reason behind this.

Perhaps it’s because it was released when I was at the peak of my Pokémon frenzy, hoarding trading cards like they were currency and binging on the anime to such a degree that, had Netflix existed, it would have created a ‘you are no longer watching’ notification out of concern.

It could also be perhaps because Silver improved so significantly on Red (a game I already loved more than most) that it blew my tiny child mind. The thing about generation two of Pokémon is that it didn’t change much in terms of story structure or mechanics.

What it did do, though, was significantly improve everything around and behind these things. What you were left with was a comfortingly familiar game that looked and felt significantly better, boasting more depth and life.

It’s like if someone took your favorite soft cuddly dog toy and replaced it with an identical living puppy.

What kind of changes really helped? Well, the internal clock blew my mind at the time. I couldn’t believe that night fell in the game world when it did in the real world. The fact that you could only catch some Pokémon at certain times of day made what could have been a small aesthetic change a much deeper gameplay change.

Speaking of aesthetic changes, the game did just look better. Thanks to the Game Boy Color console, it had a whole rainbow of colors with improved animations.

Then there was the Pokégear which made me feel like I was befriending the NPCs that filled the game world rather than leaving roadsides littered with bruised and broken trainer teams unable to reach Pokemon centers for help.

Taken together, all of these things made Johto feel like a living, breathing world that still existed even when you turned off your Game Boy.

Probably one of the best things about Pokémon Silver, though, is that it didn’t just call back to previous encounters in its own world, it called back to events in Pokémon Red and Blue.

It managed to make me feel like what I had done in Pokémon Red was important. The Pokémon games all build on one another while managing to work as standalone titles but there are subtle threads that pull generations one and two together in a way that hasn’t really happened since. 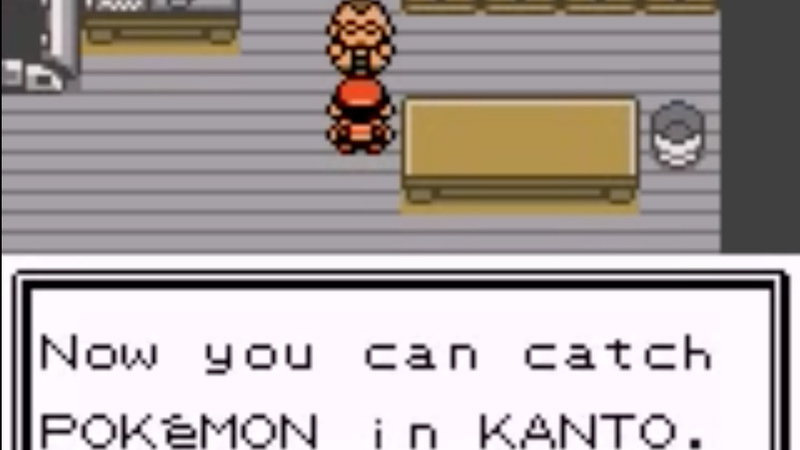 The callbacks to your defeat of Team Rocket in Red and Blue is a nice touch but the most significant thing is that you can revisit the Kanto region once you defeat the Johto Elite Four, see what’s changed in your absence and face the difficult task of battling your old self.

When you get to Kanto you’re kind of free to do whatever you want and explore the world that once acted as your training wheels as a Champion in your own right. This makes you feel like you have genuinely come a long way since you first started playing and creates a sense of adventure, scale and freedom that’s actually not been nearly as present in any of the more recent games.

There was one thing I didn’t really want to re-discover, though, and that’s gym leader Whitney’s Miltank. I think I had repressed the memory, but that thing tortured me just as much last week as it did when I first played. Forgotten wounds were reopened. I have an irrational fear of cows and I trace it back to this game.

Despite Whitney and her damn Miltank, the huge improvements that Pokémon Gold and Silver made solidified the greatness of the series and secured its place in that small obsessive corner of my brain that can’t let things go. For me, these games remain the heart and soul of the franchise which goes some way to explaining the naming of their DS remakes HeartGold and SoulSilver.

It's rare that re-visiting a game blows the cobwebs off an entire series for you, but replaying Pokémon Silver has made me more excited to see what Ultra Sun, Ultra Moon and Pokémon Switch could bring to the table.