Red Dead Online is a wild place, full of bloodshed, griefers and vomit fuelled bungee ropes, but in this violent world, a vibrant fashion community has sprung up. There’s a whole range of cosplayers, comedy photoshoots and meticulously crafted era specific fashionistas, but why exactly does the thrill of dressing up fit so well in the macho, bloodsoaked world of Red Dead Online?

“Fashion fits more than you might think,” u/FancyFellerRDR2, an extremely active member of the Reddit community r/RedDeadFashion told me, “For example, when I play dishonourable I will use an outfit from a gang that robs and murders. If it’s in Valentine, I’ll use an O’Driscoll gang outfit, and around Rhodes I’ll use a Leymone Raiders one.”

u/FancyFellerRDR2 tends to make outfits as specific and as detailed as possible, but that’s not the only way to play. u/orion_sunrider makes outfits for pop culture characters in Red Dead, putting on a Mario Brothers photoshoot and a Star Wars photoshoot, as well as creating Link and Epona from Ocarina Of Time. Their view on why people have taken to the character creator fits perfectly with their own sensibilities; “If you give any gamer a character creator, they’re gonna make Shrek. It’s science.” 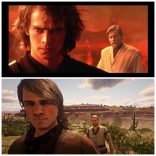 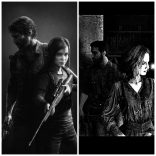 u/orion_sunrider’s cosplaying style is more common than u/FancyFellerRDR2’s period accurate costuming, although there is a lot of crossover with several people creating well known Western figures, from online versions of John Marston to Tombstone’s Doc Holliday to Toy Story’s Woody. Some players even create posses with committed themes, like the Plastics of Mean Girls in the Wild West. One such player is u/disheveledbutcontent, who recently created a genderbent Star-Lord, while their group matched up with Hulk, Spider-Gwen and Lady Loki. “Each session we play together, we have a colour theme which has us getting creative with outfits. About two months ago I discovered r/RedDeadFashion and did a deep dive for inspiration. I came across one of Wonder Woman, which was beautiful. I sent that to my posse, and suggested we do a superhero theme. Everyone was more than excited to try it out.”

While u/disheveledbutcontent knew their posse in real life, u/orion_sunrider “met them in game and they’ve become good friends.” Life in frontier times was a lonely, uncertain life, as Arthur experiences in the story mode despite having a gang to call his own. Like kids sharing a dressing up box, the fashion community has been key to making the online experience more welcoming and enjoyable. 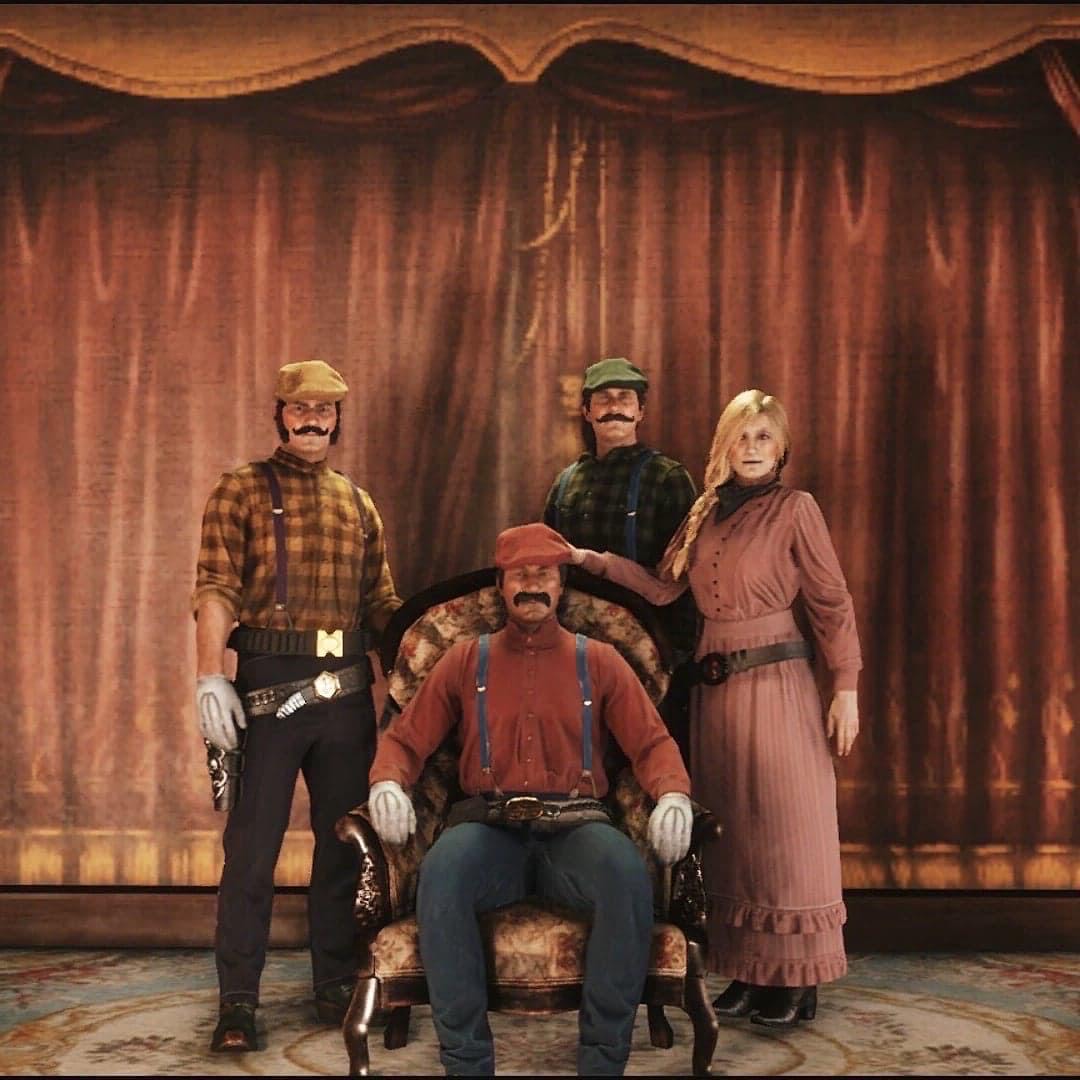 Red Dead Online was empty and stale at launch, with participation in a broken economy the only way to experience the full thing. Griefers plagued the server and compared to the story mode – which offered up one of the richest stories and gameplay experiences of all time – Red Dead Online felt like a wasted opportunity. Much like the early days of GTA Online, a lack content was compounded by a giant map.

Successive updates have made the online mode much better, but fashion has its part to play in the community spirit too. “Fashion is always the endgame in any game which has outfits. It’s always changing, and it’s exciting because it’s a thing other players can see. You can’t see anyone’s Trophies in passing, the hours of play they’ve put into the game, or all their other accomplishments. But they can see your outfit, and it’s important to always look your best,” u/disheveledbutcontent said. “I went through several ideas before landing on Star-Lord. I wanted any passersby to know exactly who I was at first glance.” 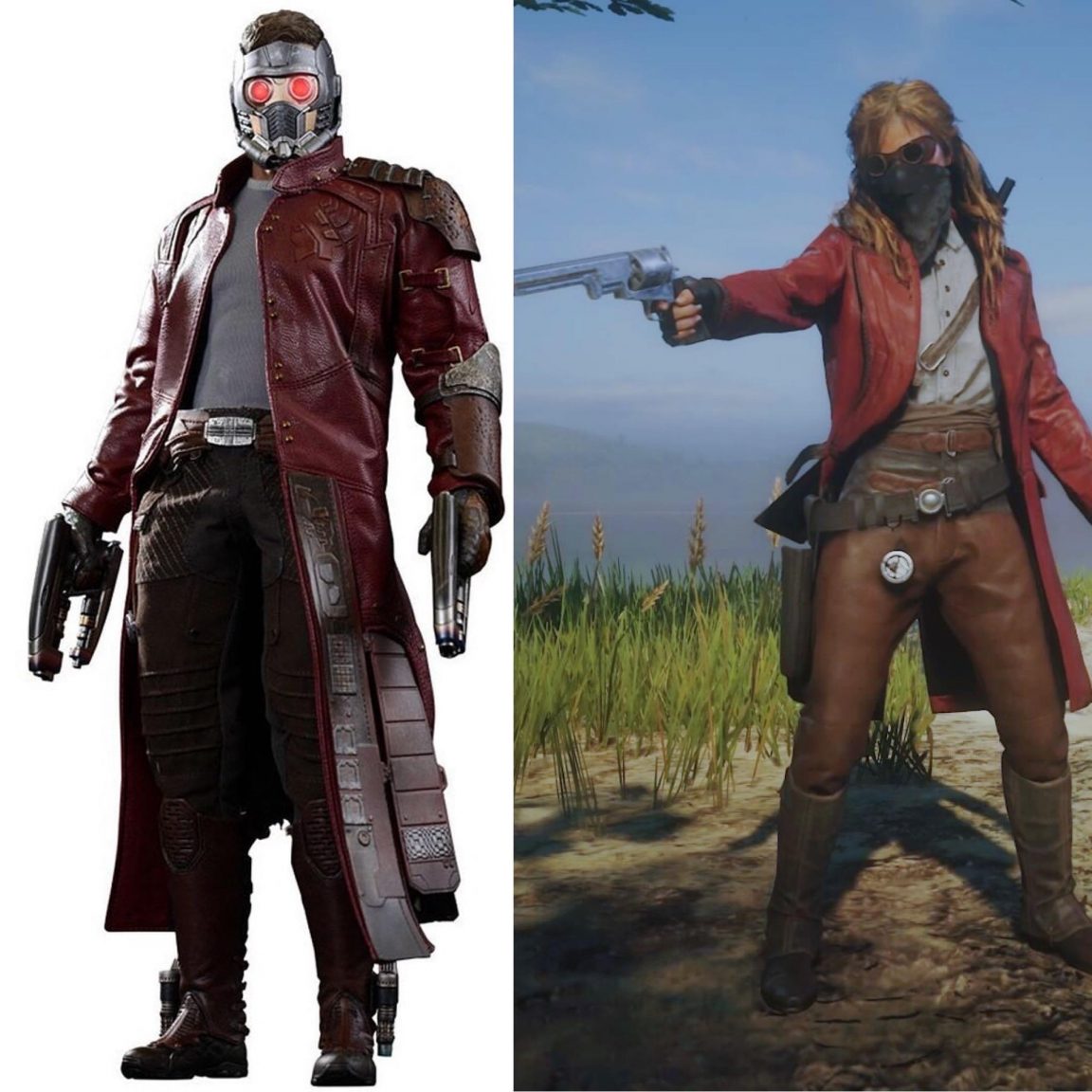 Meeting people in game and teaming up over a love of fashion is common in the community, as u/FancyFellerRDR2 explained. “I once met u/TheKey32 while wearing one of my outfit recreations and then we started talking and became good friends. With another friend, u/TheWhiteWolfRDR, he used to post posse portraits of us.”

u/TheWhiteWolfRDR usually tries to recreate posters or screenshots, either in groups, as with Defenders, The Last Of Us, The Lighthouse and Star War’s famous “you were supposed to destroy the Sith!” scene, or solo, as The Witcher, Batman or Lord Of The Ring’s Thorin Oakenshield. As you might expect though, there’s a lot more work that goes into a photoshoot than just wearing nice clothes. There’s a reason Kendall Jenner got paid $22 million to model last year, and I booked no gigs despite my going rate being almost half of that.

“Avoiding griefers on the way to the photoshoot is the biggest issue,” u/orion_sunrider said, but even if they can be dodged, you still have a lot of work to do. “It’s all about lighting,” u/disheveledbutcontent explained, “The positioning of everyone is easy; just stand there and wait until everyone looks in the direction you need them to. With lighting though, it elevates your clothing’s colour and texture. It has to be the right time of day and location.”

The Red Dead fashion community is split between realism and opulence, but as u/FancyFellerRDR2 told us, there’s room enough for both, “The community is a bigger fan of extravagant outfits than some recreation of an NPC that they already killed hundreds of times, but I like to amaze people with how close I can get to an actual NPC. The only problem is that there will be a lot of arguing sometimes when you recreate something, but there ain’t the exact clothing parts or metals for the revolver. The comment section will go absolutely mad but people are always kind.”

Even in the violent Wild West, if you find the right community, people are always kind.

The post These players are turning Red Dead Online into a virtual fashion show appeared first on VG247.