Home Uncategorized 10 of the world’s most impressive supercomputers 10 of the world’s most impressive supercomputers

As a company full of tech fanatics, Claritas Solutions has a workforce which is both passionate and knowledgeable when it comes to computing. With this in mind, its experts have taken the time to create a list of ten of the most impressive supercomputers on planet earth.

Speaking with individuals who work in cybersecurity, hosting, software design and development, the company has selected ten machines both from the past and modern day which have been celebrated as achievements in supercomputing.

The Earth Simulator Supercomputer stays true to its name. Developed by the Japanese government initiative “Earth Simulator Project”, it was a highly parallel supercomputer system designed for running global climate models to evaluate the effects of global warming, and problems in solid earth geophysics. 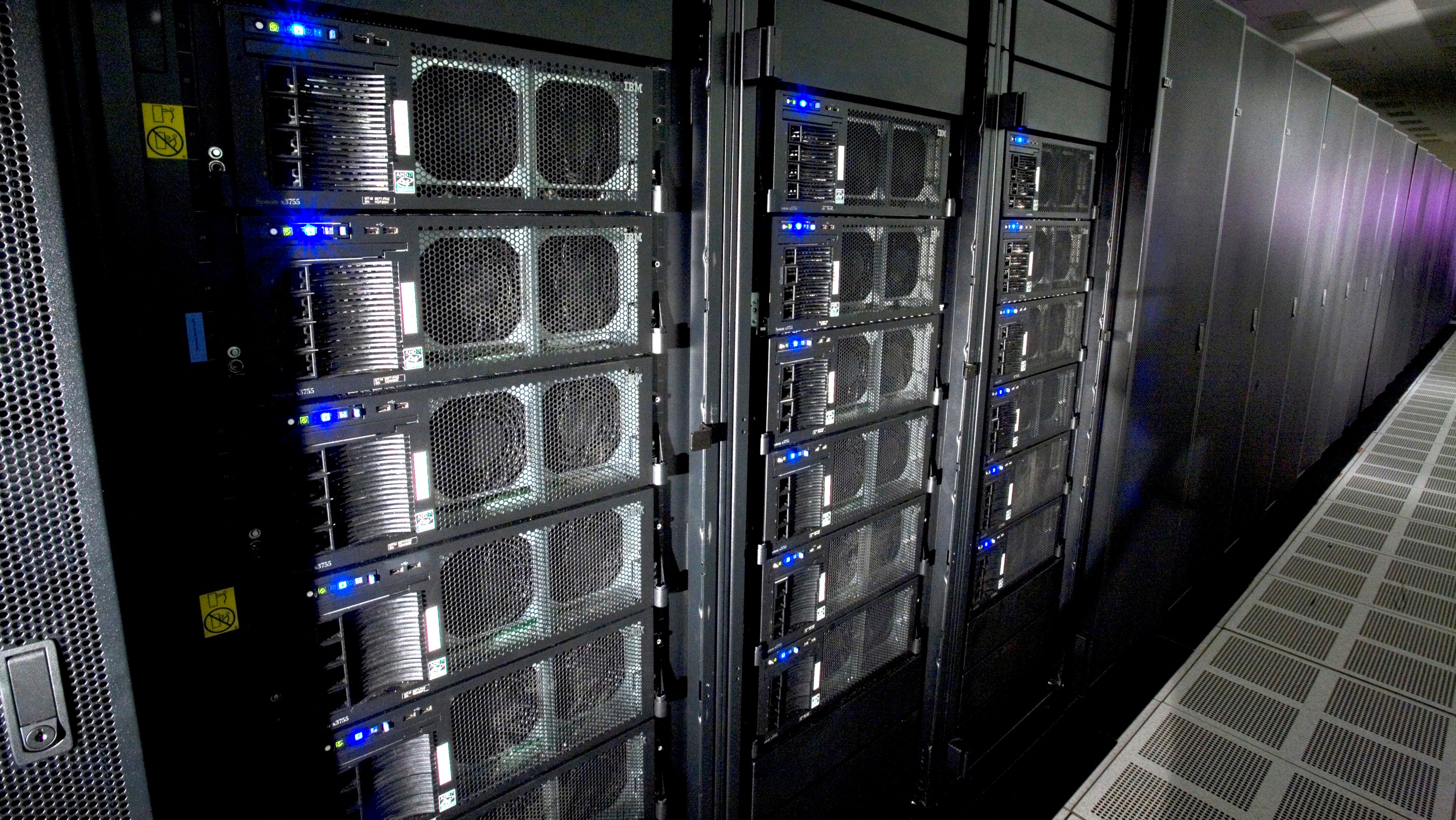 The Roadrunner was a supercomputer built by IBM for the Los Alamos National Laboratory in New Mexico, USA. The computer was designed to be a massive 1.7 petaflops* machine and on May 25 2008, Roadrunner became the world’s first TOP500 LINPACK sustained 1.0 petaflops system.

Roadrunner occupied approximately 296 server racks which covered 560 square meters (6,000 sq. ft). The Department of Energy (DOE) used the computer for simulating how nuclear materials age to predict whether the USA’s aging arsenal of nuclear weapons were both safe and reliable. 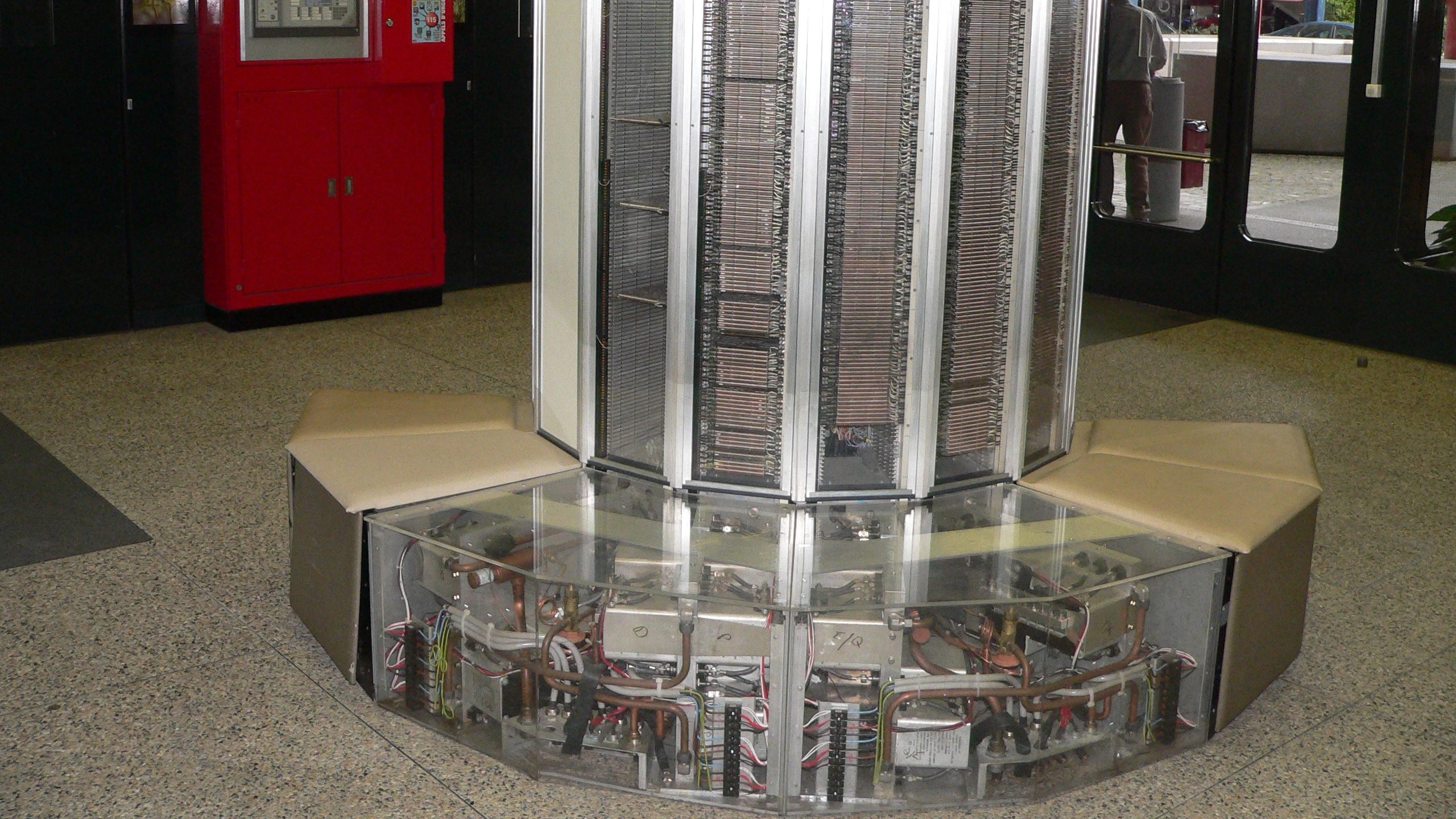 The Cray-1 was developed by a team led by the legendary Seymour Cray in 1975. It was a freon-cooled 64-bit system running at 80 MHz with 8 megabytes of RAM. The machine, using vector instructions, could yield a peak performance of 250 megaflops*. Over 100 Cray-1’s were sold, making it one of the most successful supercomputers in history.

The famous C-shape was created in an effort to keep the cables as short as possible (the curve makes the distances on the inside shorter). Shorter cables allowed the system to operate at a higher frequency (80 MHz was insanely fast at the time). 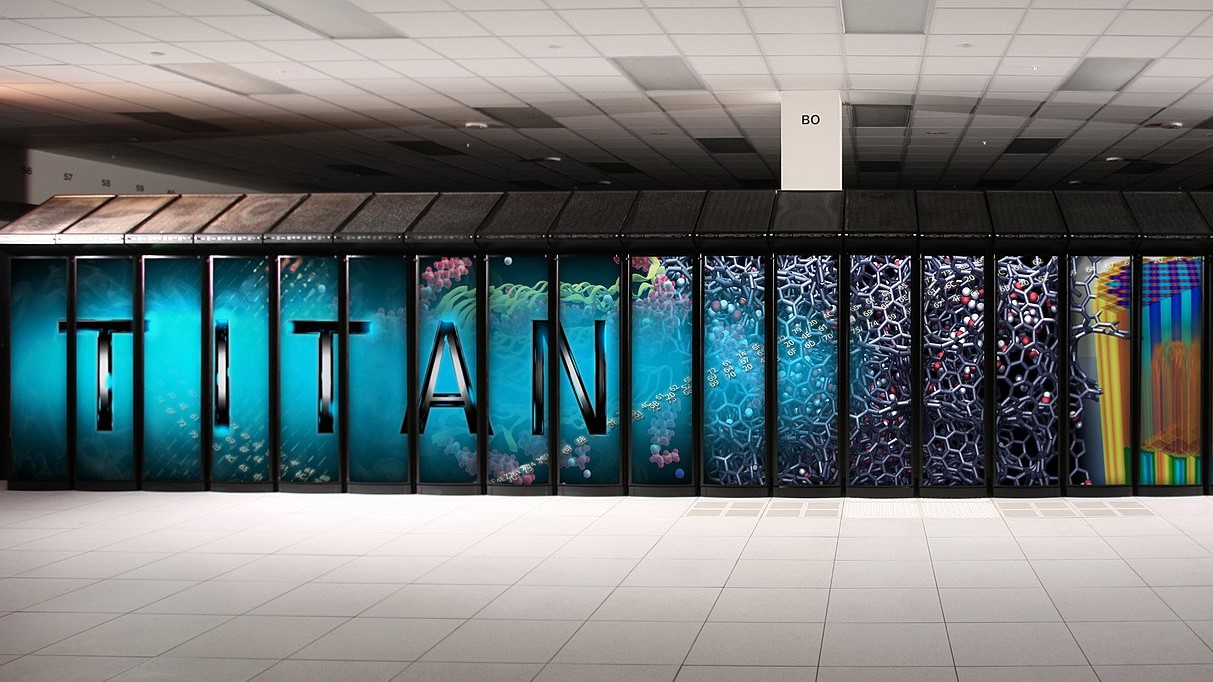 The Titan or OLCF-3 is a supercomputer built by Cray at Oak Ridge National Laboratory for use in a variety of science projects. The Titan is an upgrade on the Jaguar, a previous supercomputer at Oak Ridge, and is the first such hybrid to perform at over 10 petaflops.

The Titan has a staggering theoretical peak of 27 petaflops and is currently the fourth fastest supercomputer on the planet however it is due to be eclipsed by the Summit at Oak Ridge National Laboratory in 2019. 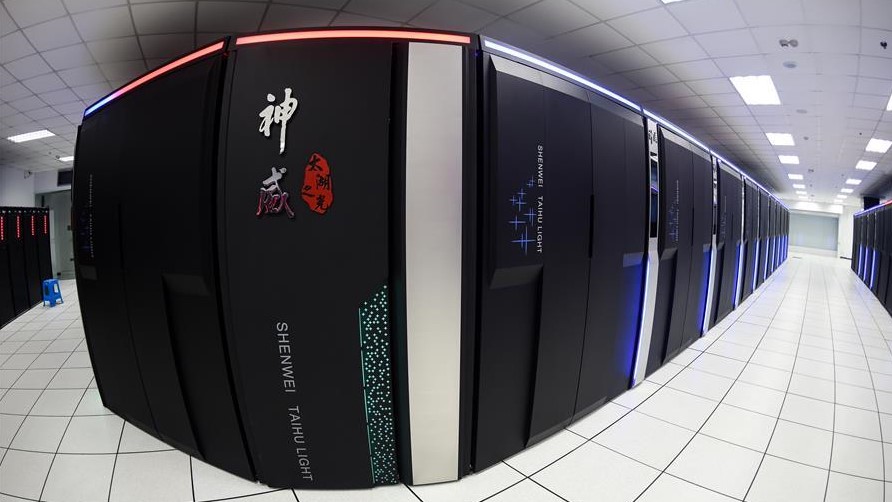 Created by NRCPC, the Sunway TaihuLight is currently third on the TOP500 list of supercomputers with a LINPACK benchmark rating of 93 petaflops. The computer is currently centred at the National Supercomputing Centre in Wuxi. The Sunway TaihuLight was the world's fastest supercomputer for two years, from June 2016 to June 2018, according to the TOP500 lists. The record was surpassed in June 2018 by IBM's Summit.

The TaihuLight made breakthroughs in the supercomputing industry by combining the control unit with the calculation unit, developed entirely by the National Research Center of Parallel Computer Engineering & Technology (NRCPC). The TaihuLight has been used over the years for multiple different scientific calculation tasks including aerospace research, weather forecasts and geographical simulations. 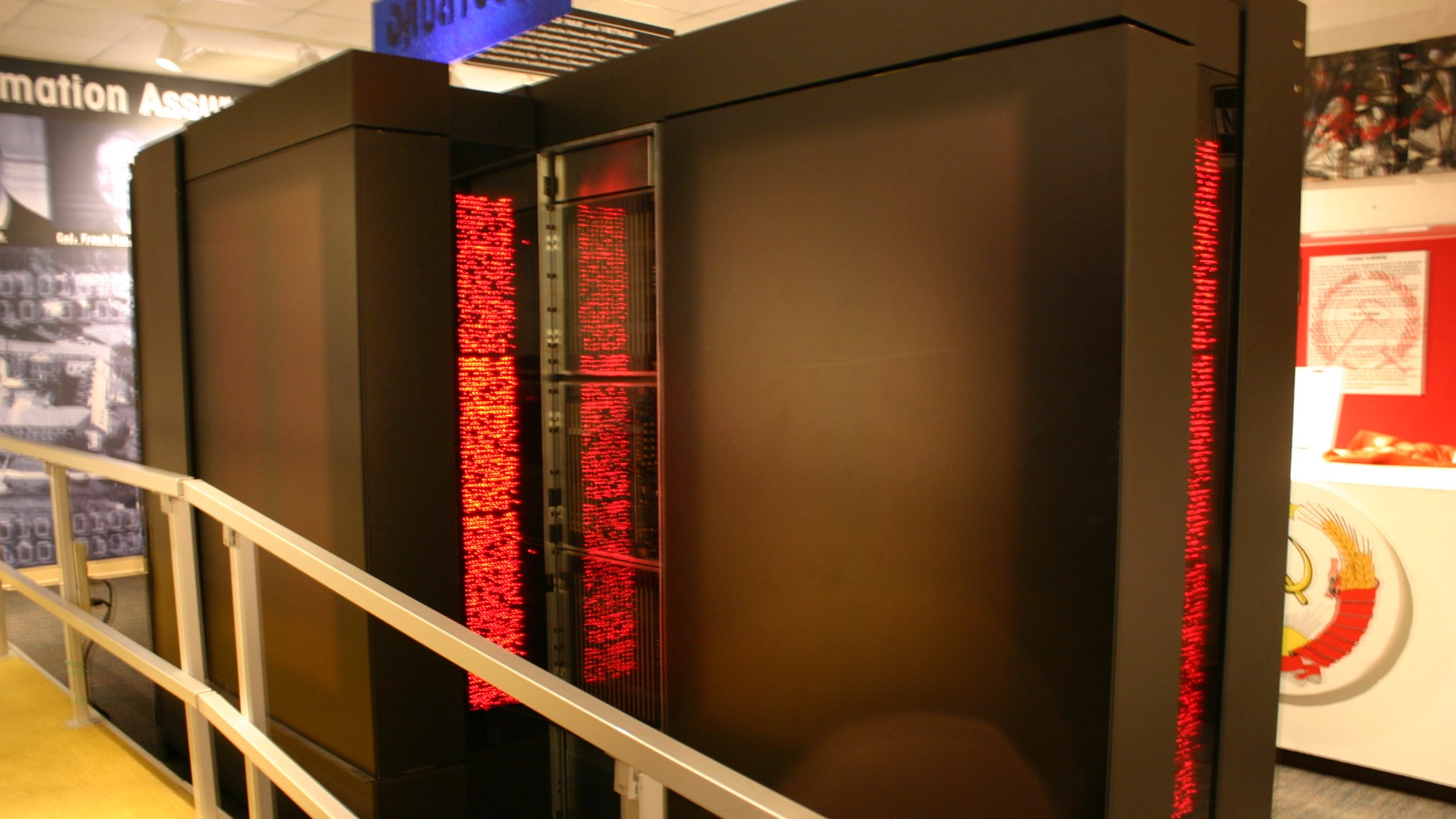 The CM-5 is one of the coolest, most futuristic looking supercomputers to date. You may even recognise this machine from the Island’s control room in Jurassic Park.

Used by the National Security Agency (NSA) back in 1991 and remaining operational until 1997, the “Frostburg” computer was originally delivered with 256 processing nodes but was later upgraded in 1993 to a (then) massive 512 processing nodes and 2TB of RAM.

The CM-5 had a peak performance of 65.5 gigaflops* and the futuristic looking lights on its side were not just for aesthetic reasons. The light panels would show processing node usage and were also used for diagnostics purposes. 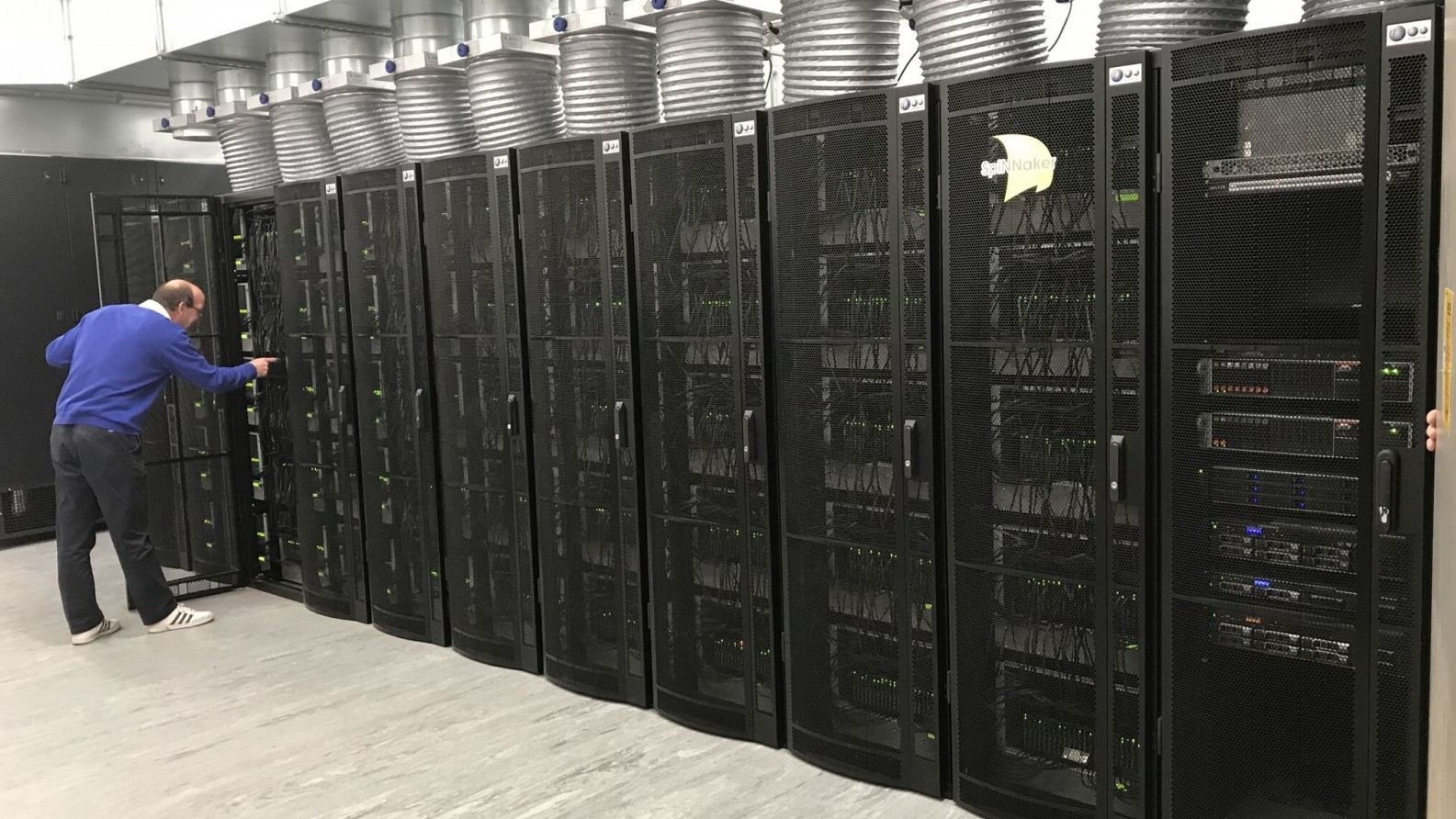 Built by the University of Manchester, the SpiNNaker machine is made up of one million processors capable of 200 trillion actions per second – meaning it can model more biological neurons in real time than any other machine ever built.

The SpiNNaker stands apart from any other supercomputer built before it, by mimicking the parallel communication architecture of the human brain, meaning instead of sending large amounts of data from point A to B, it sends small amounts of information to different destinations simultaneously.

Short for Spiking Neural Network Architecture, the SpiNNaker is the first real attempt to creating a real model of a working human brain, with 1 million cores, it’s still a long shot from the 1 billion biological neurons in real time that the human brain provides. Even still, the machine will be able to provide unparalleled insight into how the brain works. The Summit is the first computer ever to reach mind-boggling exascale speeds, referred to as exaflops, or a billion billion calculations per second. Representing a thousand-fold increase over the first petascale computer that came into operation in 2008, the Summit is a beautiful representation of the rate of progress humanity has made over the past decade; simply incredible. 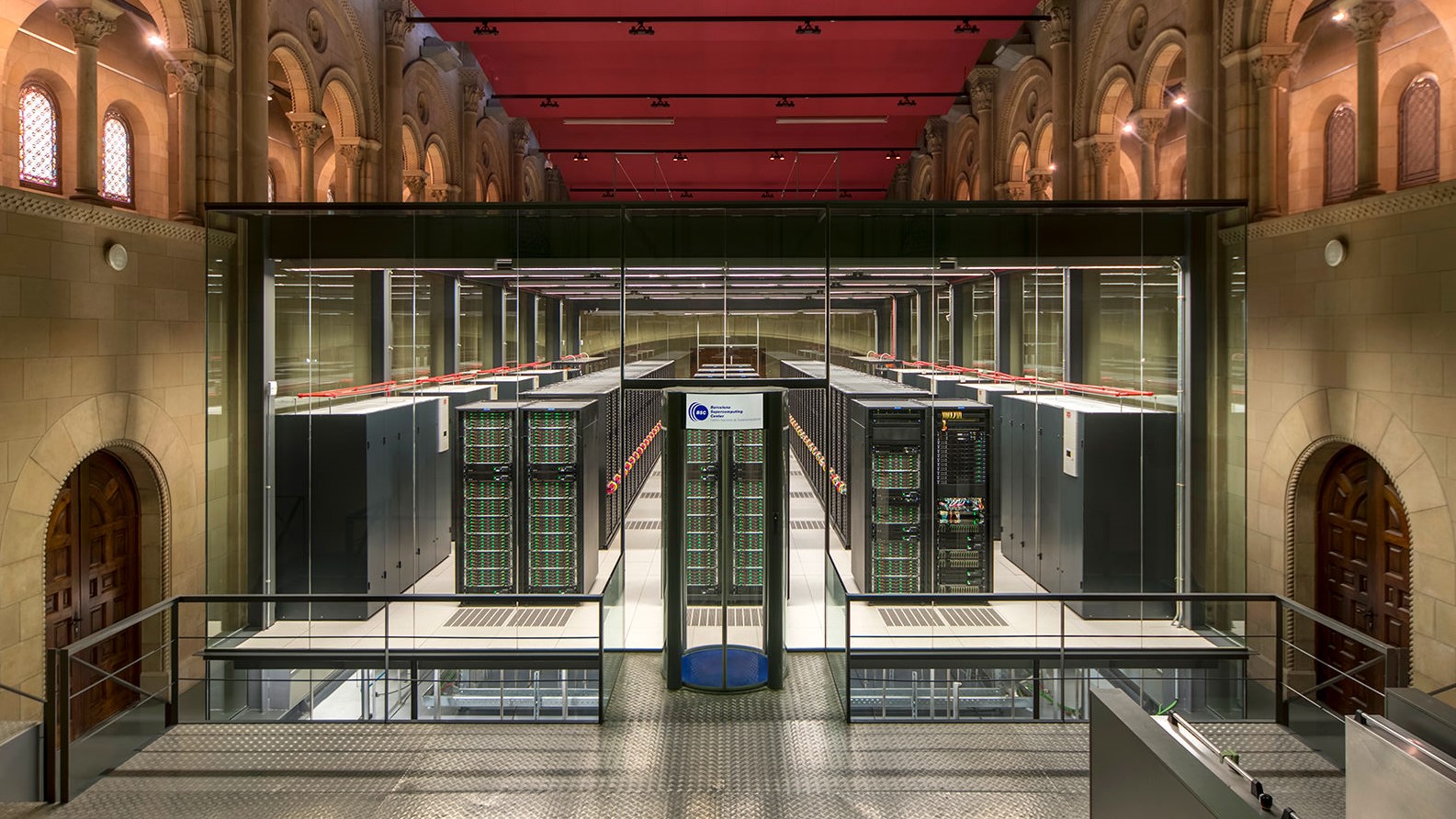 MareNostrum is the name of the main supercomputer in the Barcelona Supercomputing Centre; its title coming from the Roman name for the Mediterranean Sea. The MareNostrum 4 supercomputer is housed in the deconsecrated and stunning Chapel Torre Girona at the Polytechnic University of Catalonia.

Operational since 2017, its peak power is 11.15 petaflops, the equivalent of being able to perform more than eleven thousand trillion operations per second and ten times more than the MareNostrum 3, which was installed between 2012 and 2013. Despite its power being ten times greater than that of its predecessor, it only increases energy consumption by 30%.

All in all, the MareNostrum is one of the most beautiful and striking amalgamations of old architecture and modern science that the world has ever seen. 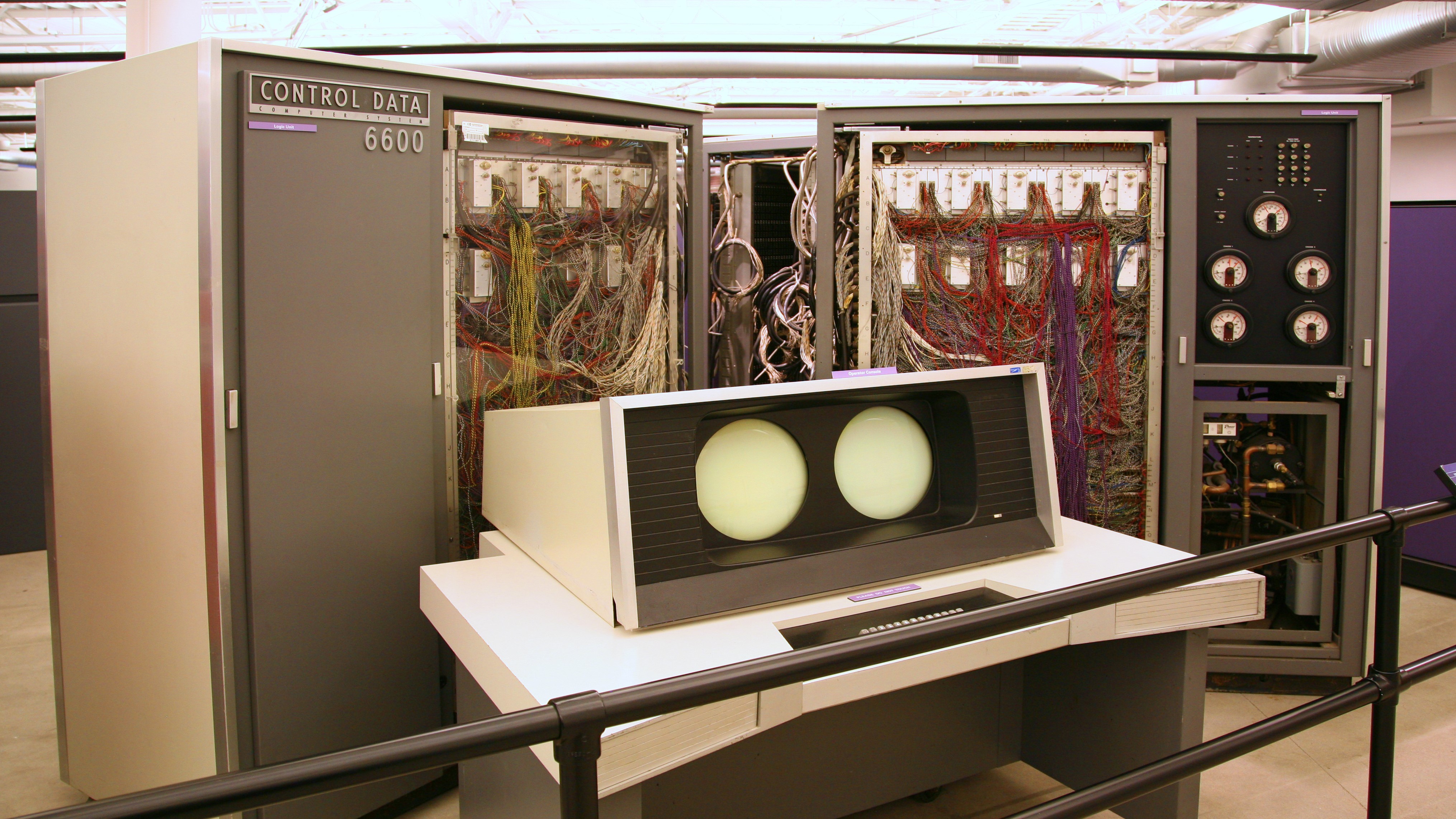 The CDC 6600 was the flagship computer of the 6000 series of mainframe computers, manufactured by Control Data Corporation (CDC). The 6600 is considered to be the first and original successful supercomputer, outperforming the industries prior record holder with a performance of up to three megaflops.

The original was the world’s fastest computer from 1964 to 1969, when it eventually gave up its position to its successor, the CDC 7600.

Seymour Cray was a pioneer in the field, realising that before the 6600, there was a significant period of time where main memory was idle. It was this idle time that the 6600 exploited – instead of trying to make the central processing unit (CPU) handle all tasks, the 6600 CPUs handled arithmetic and logic only. This resulted in a much smaller CPU that could operate at a higher clock speed. Combined with the faster switching speeds of the silicon transistors, the new CPU design easily outperformed everything else available at the time.