AMD’s Ryzen 2nd Generation processors launched back and April, and saw some notable improvements over the first generation in power and efficiency. Then, back in August, AMD did the same thing with Ryzen Threadripper 2nd Generation, producing the very best high-end desktop (HEDT) processors on the market – at least until Intel’s Basin Falls Refresh chips launched in November.

Just like we saw during the move from Ryzen to Ryzen 2nd Generation, Threadripper 2nd Generation gave us a notable boost in performance and efficiency. These new HEDT chips didn’t just boost core counts, but we saw better power management and higher clock speeds across the board. This helped boost the price-to-performance ratio in chips like the Ryzen Threadripper 2950X. 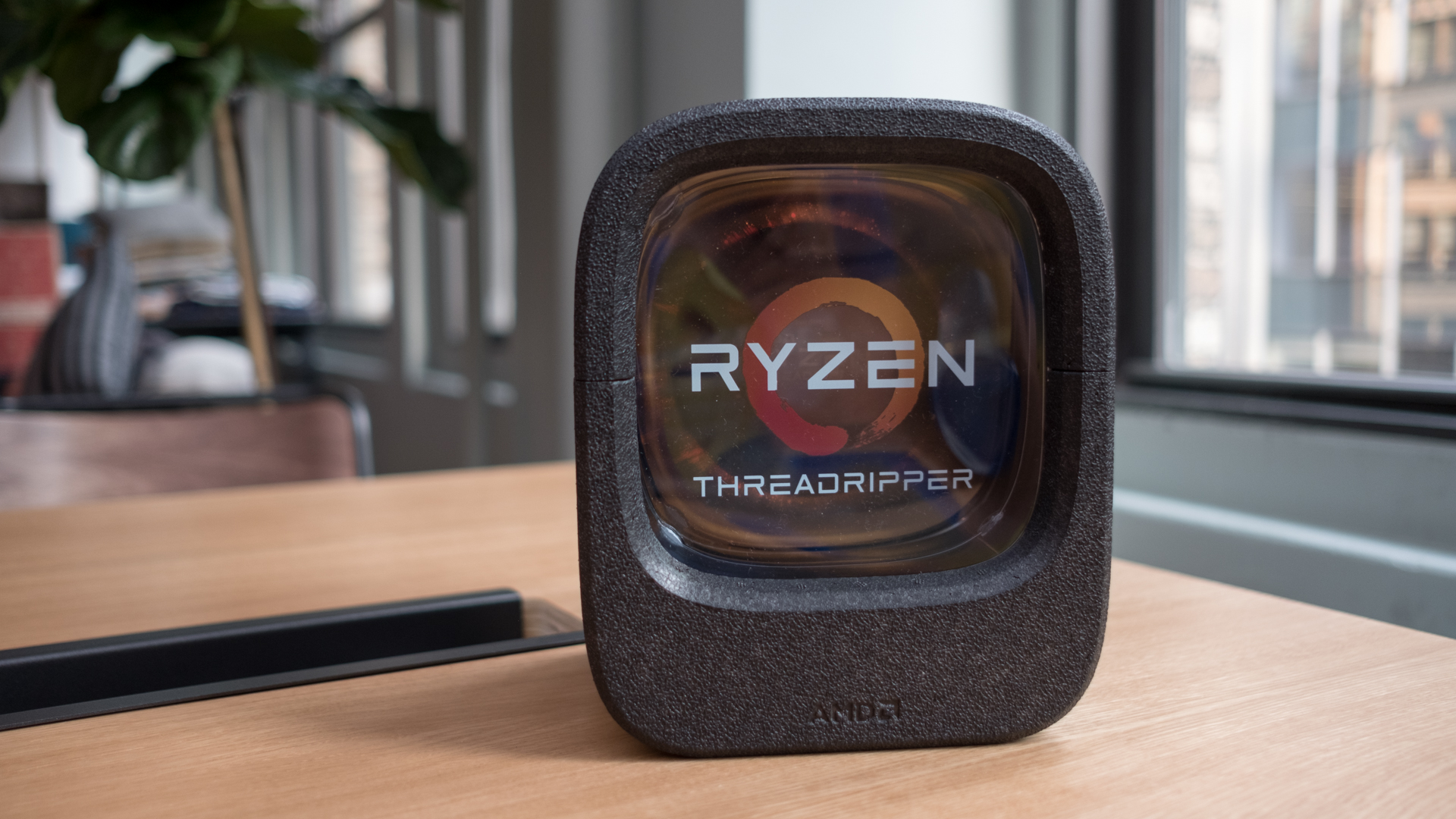 Ryzen Threadripper proved to be a much more affordable line of high-end desktop processors than Intel Skylake-X, and it appears these 2nd Generation chips will continue the trend.

Here’s the pricing of the AMD Threadripper Generation 2: 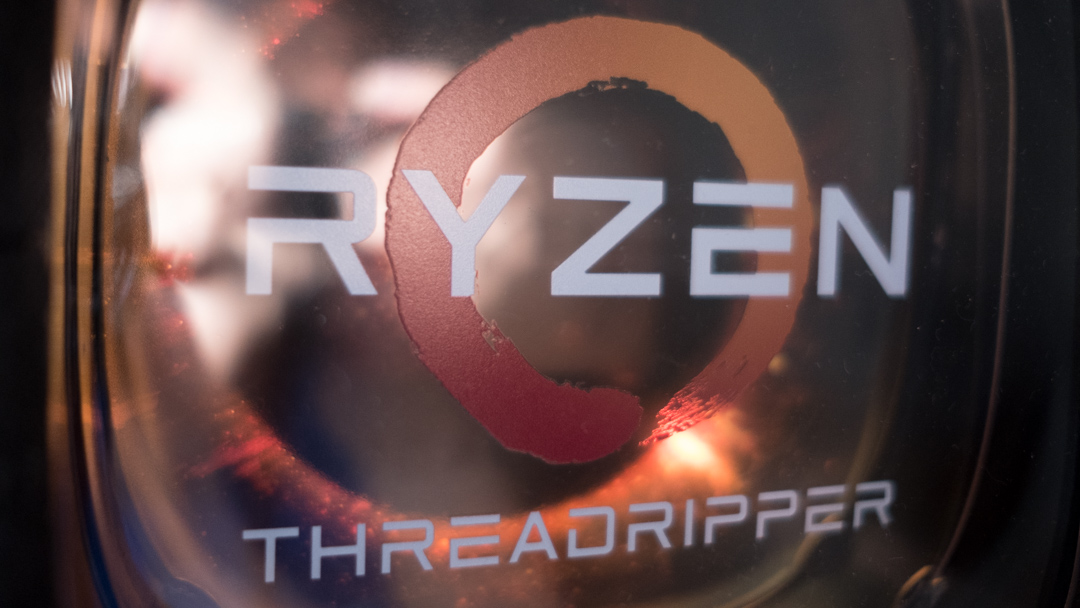 Of course, the highlight of AMD’s Ryzen Threadripper 2nd Generation lineup has to be the 32-core and 64-thread 2990WX. What’s more impressive is that the CPU is apparently capable of running up to 4.2GHz – a noticeable upgrade over the 1950X top speed of 4.0GHz with half as many cores and threads.

Some may point out that the 28-core processor that Intel showed off at Computex hit 5GHz, but we’re still not 100% sure of the particulars (i.e. cooling setup) surrounding that demo and Intel later clarified it achieved that speed with overclocking.

You may have also spotted the WX suffix at tail end of AMD’s two top-end HEDT processors, and this is to signify a new series of consumer workstation-grade processor meant for creators and innovators. AMD is specifically targeting these two CPUs at creators and innovators such as video editors, those in design and general media creators.

Meanwhile, the X-series Threadripper 2nd Generation processors, the 2920X and 2950X, cater towards streaming gamers who need that extra processing power to drive 4K livestreaming as they game. Once again AMD flexes the strength of its 12nm architecture, by giving us an 2950X that’s 0.3-0.5Ghz faster than the 1950X it replaces, and we haven’t even gotten to overclocking yet.

Luckily, AMD is also sticking to the same TR4 Socket, so anyone looking to upgrade once Threadripper Generation 2 drops shouldn’t have to worry about buying a new board. However, unlike the Ryzen 2nd Generation jump to an X470 chipset, AMD isn’t introducing a new chipset to replace the existing X399 platform – at least in name anyway.

Instead, users will find a few new Ryzen Threadripper 2nd Generation-ready X399 motherboards designed with improved overclocking performance and power consumption. Thankfully, though, older motherboards are compatible after installing the latest BIOS, and it won’t require you to boot them with an original Ryzen Threadripper CPU or UEFI Boot Kits.

Although Ryzen Threadripper 2nd Generation hasn't jumped to a new chipset, it has got a new bag of tricks thanks to enhanced features and even one that's brand new.

Precision Boost originally controlled CPU frequencies down to 25MHz increments. Now with version two, AMD has sprinkled in an algorithm that ensures the processor intelligently runs at its thermal and electrical limit whenever tasked.

Extended Frequency Range 2 (XFR2) has also seen a significant buff allowing it to enable 16% additional processor performance across any number of cores and threads. On the previous generation of Ryzen Threadripper chips, XFR could only influence a small number of cores.

Lastly, Precision Boost Overdrive (PBO) is a brand new feature that allows AMD's newest HEDT CPUs to exceed their specifications and max out their power draw from the abundant VRMs on X399 motherboards. Though users will technically void their warranty by doing so, PBO can help users achieve overclocks hitherto undreamt of.

AMD itself achieved a 5.1GHz overclock across all 32-cores with a liquid-nitrogen cooled processor.

We finally got our hands on the AMD Ryzen Threadripper 2990WX, and we have to say: the performance is phenomenal. While a lot of the benchmarks need to be updated to recognize the bonkers amount of cores that the 2990WX offers, you can basically throw any workload at the 2990WX and have a ton of performance to spare.

Even if the Ryzen Threadripper 2970WX does beat Intel’s chip in heavily multi-threaded tests like Cinebench, the value just isn’t there right now. So, unless your workload specifically demands all the cores and threads you can get, like say, if you’re working in an animation studio – you might want to look at the Intel Core i9-9900K and save a couple bucks.