AMD Vega release date, news and features: everything you need to know

AMD gave us a sneak peek at its new Vega graphics card architecture way back at CES 2017. What we didn’t know then, though, is that it wouldn’t end up in the hands of consumers until August 2017.

AMD Vega enjoyed a lot of success as the architecture behind the best mining CPUs, but the mining bubble has since burst. Luckily, AMD Vega cards have fallen back down to reasonable prices. This is great news for anyone looking for affordable mid-range graphics cards – especially since we probably won’t see AMD Navi for a while, even if the latest rumors sound really good.

Not that we necessarily need them, though. AMD is winning the war for the most stable drivers on the market, so the Vega cards we already have are doing just fine.

AMD’s lower-specced Radeon RX Vega 56, which is a direct competitor with the Nvidia GTX 1070, launched a little bit later in August.

AMD then teamed up with Intel, of all companies, to create 8th Generation Kaby Lake-G processors with integrated AMD Vega graphics for laptops – on top of packing some of the best laptops with powerful GPUs, like the spectacular Dell XPS 15 2-in-1.

Later, in February 2018, AMD launched the Ryzen 3 2200G and Ryzen 5 2400G APUs with discrete-class Vega graphics that will be a major help to anyone trying to build a great home-theater PC on a budget.

We wouldn’t see a new graphics card from AMD until it partnered up with PowerColor to introduce the Radeon RX Vega 56 Nano at Computex 2018.

Now, a year later, rather than seeing rumors about a new graphics card, we’re seeing a lot of speculation that says the opposite – we’ll be waiting for the next graphics cards for a while. Unless, of course you count the rumored AMD Radeon RX 590 – though we’re not sure we would. Either way, you’re probably safe picking up the Vega 64 or 56.

AMD has hinted at AMD Vega 7nm GPUs being a thing, but we still don’t know when these more efficient chips will release, or even if they’ll be consumer products when they do. We’ll just have to wait and see.

What’s more likely, is that we’ll have to wait for AMD Navi to hit the streets in 2019. The latest rumors are pointing to these cards taking on the likes of the Nvidia GeForce RTX 2070 for about half the price, so competition should be alive and well when that happens. We can’t wait until we see the debut at CES 2019. 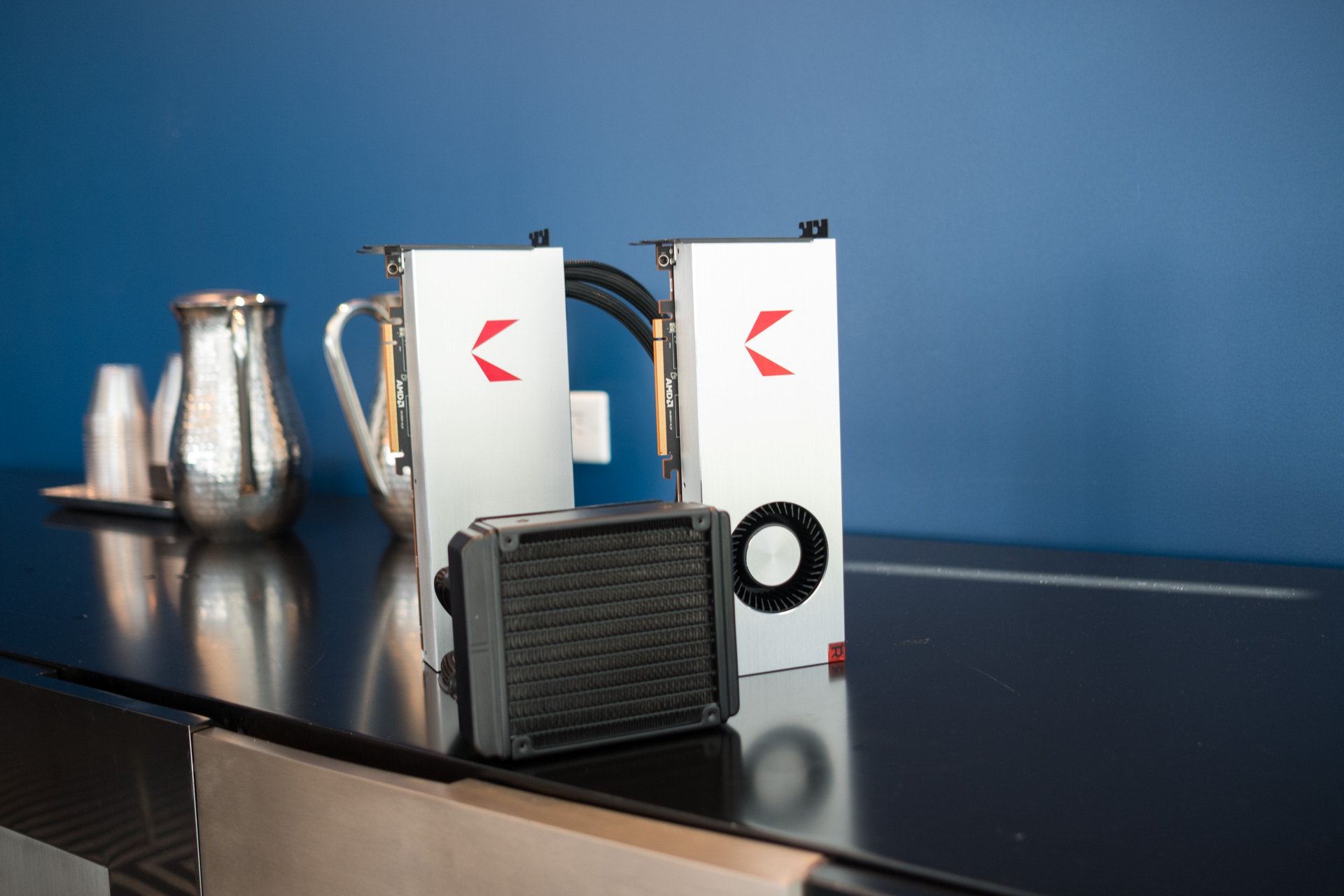 After the launch of the Vega 64 in the US, AMD offered two other editions of the card that could be bought exclusively as part of ‘Radeon Packs’, which bundled two free games, and discounts on a Samsung CF791 curved ultra-wide FreeSync monitor and a nice $100 discount on a Ryzen 7 processor and motherboard. The packs are unfortunately unavailable to purchase at time of writing, however.

Unfortunately, those hardware discounts only kicked in if users are buying the said monitor and CPU/motherboard combo at the same time as their Vega GPU. Of course, users could choose to not buy the extra components and peripherals while still getting the two free games, confirmed – in the US at least – to be Wolfenstein II and Prey.

At the end of the day, Vega was – at least at launch – as competitive to Nvidia as Ryzen is to Intel. Thankfully, due to the cryptocurrency market cooling down, AMD Vega cards have fallen to a reasonable price. They’re not quite down to MSRP, but they’re pretty close – you won’t have to worry about spending 2-3x MSRP value to upgrade your GPU. 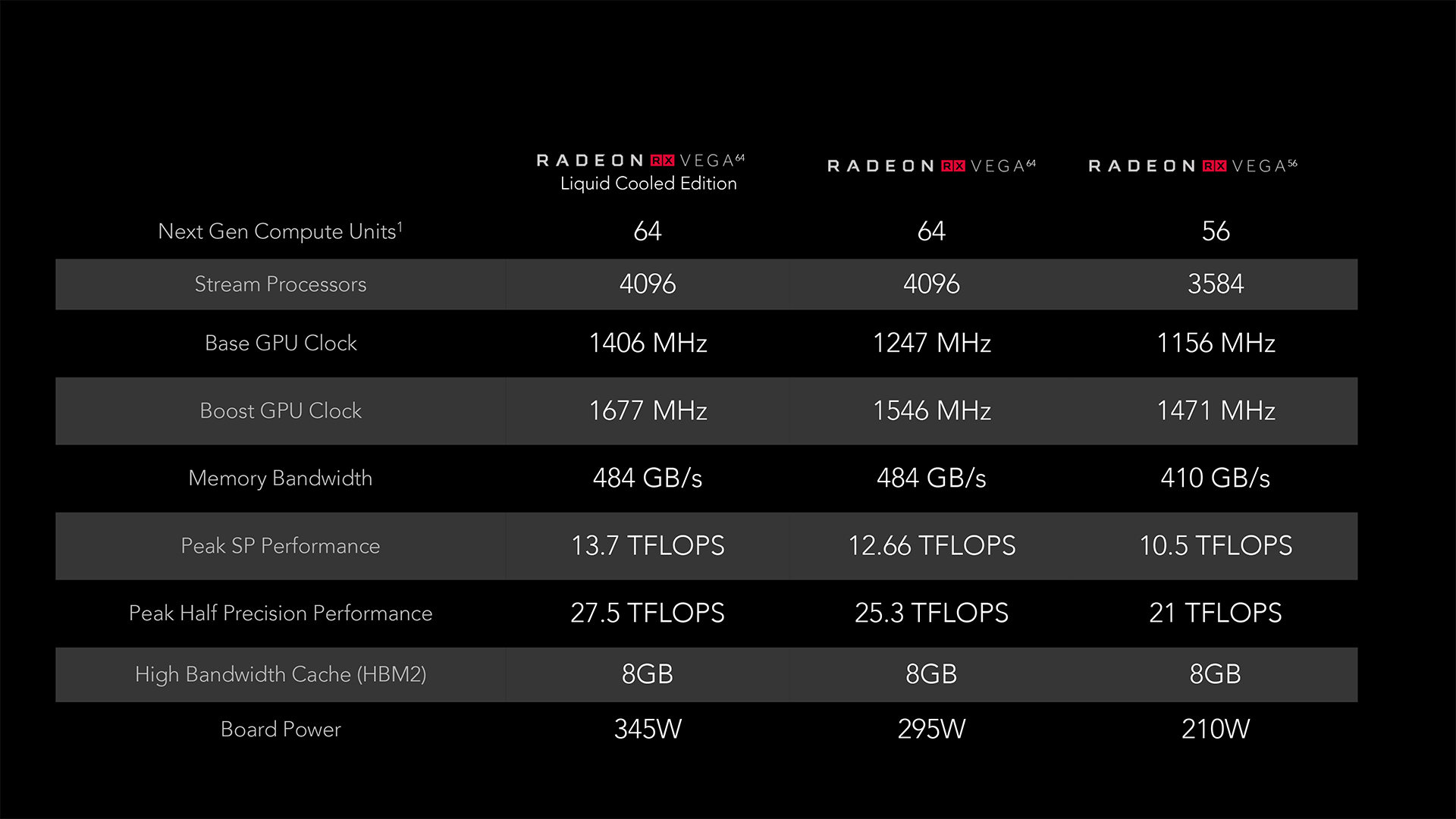 Following its 2017 Capsaicin 2 livestream event, AMD revealed the exact specifications for its two new Vega GPUs, as well as its underlying Vega 10 architecture.

From the chart above, it's clear the most powerful of the bunch will be the liquid-cooled version of the Radeon RX Vega 64. The more expensive water-cooled version will operate at higher base/boost clocks, despite sharing identical specs to its air-cooled twin. 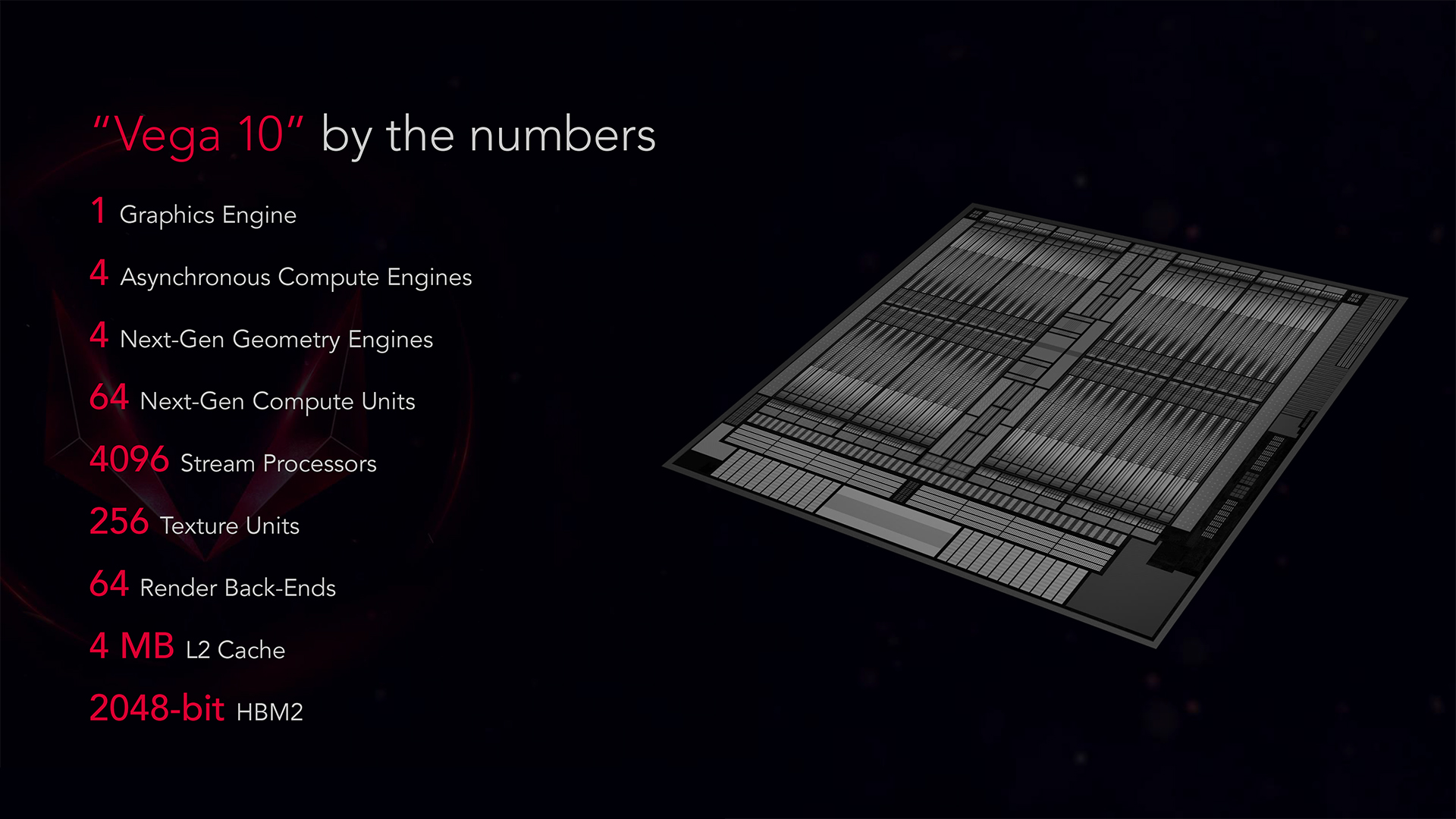 The RX Vega 56, on the other hand, is positioned against Nvidia’s GeForce GTX 1070 at $400 (about £305, AU$505). However, early benchmarks have cited performance that greatly outweighed that of its closest competition while running triple-A games at 2560 x 1440. 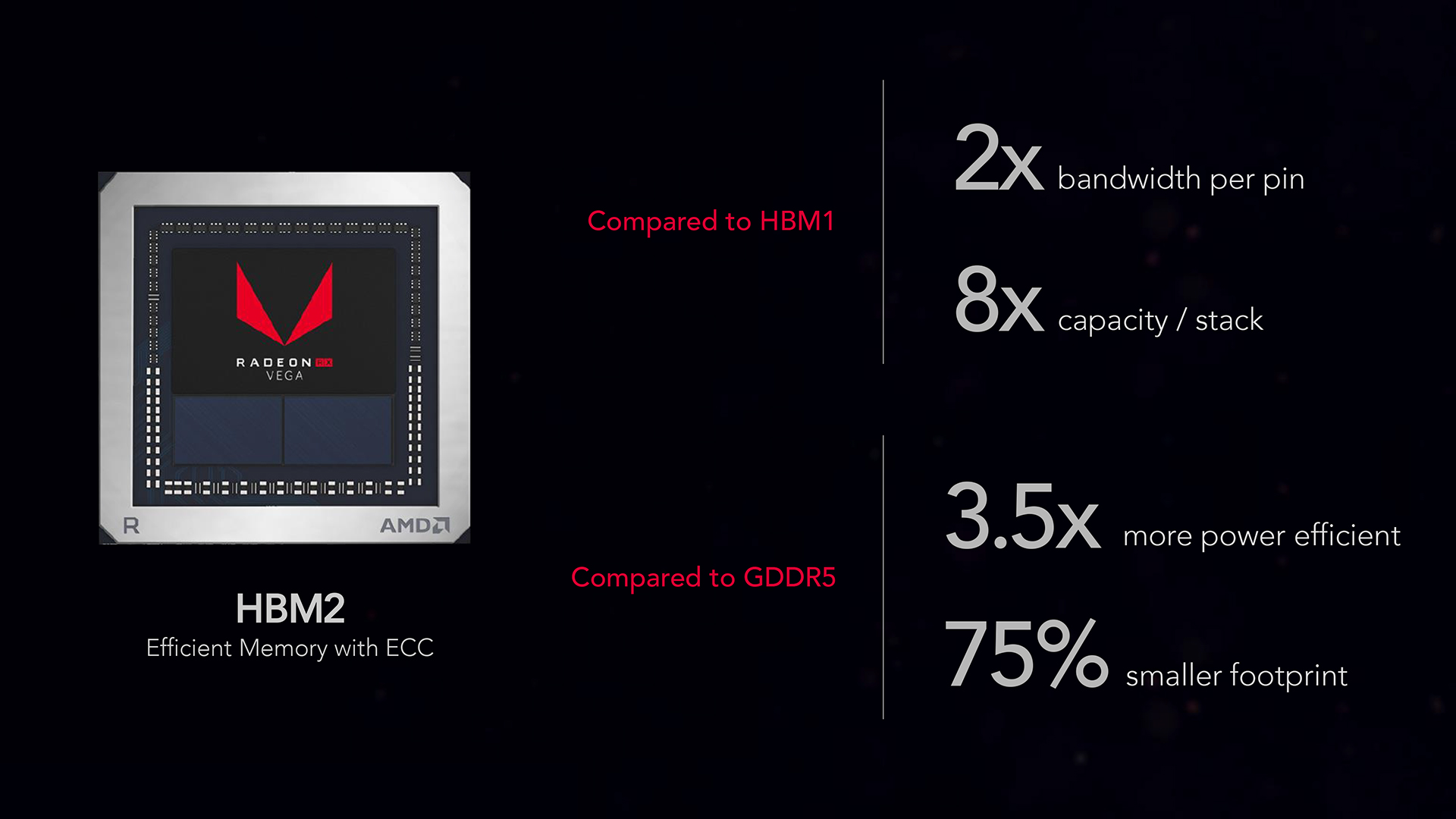 Vega 10 is also noticeably skewed towards delivering on more compute power than raw graphical strength like Nvidia's Pascal GPUs. This will likely mean Vega will be able to better handle the complex calculations of procedural surfaces, volumetric lighting and the overall quality of the in-game graphics.

Interestingly, Vega 10 is also designed to support up to 16GB of HBM2 memory – which we've already seen from Radeon Vega Frontier Edition – so Nvidia's Titan X may finally get some competition from AMD.

Stay tuned for more details regarding everything AMD Vega, as we'll be updating this page with the latest as it happens. In the meantime, be sure to update to the latest version of AMD Radeon Software Crimson ReLive for a generous helping of GPU control features.