Nintendo has finally given the fans what they want. During a Nintendo Direct in September 2018, the company announced (via a short teaser trailer) that Animal Crossing is coming to the Nintendo Switch sometime in 2019.

While the trailer didn't give any details of new gameplay mechanics, or even which characters would return from previous games, it did give us an announcement – which is more than we had previously.

Logic told us it was just a matter of time until Nintendo made the announcement – Animal Crossing is a very popular series for Nintendo that helps shift a lot of hardware after all – but a new Animal Crossing title on the Switch guarantees to entice players new and old.

That’s not only because Animal Crossing is already popular and successful, but because the game is a perfect match for Nintendo’s hybrid console. Animal Crossing’s sandbox nature makes it ideally suited to long play sessions on your TV, as well as shorter on-the-go bursts on the Switch’s handheld mode.

While we don't have a ton of details on the game, here's what we know so far.

As vague as it is, all we know right now is that Animal Crossing on Nintendo Switch will be available sometime in 2019. We'll likely hear more about the game in the run up to E3 2019.

Nintendo officially announced Animal Crossing for the Switch during a Nintendo Direct in September, 2018.

Okay, so this isn't really a direct sign that an Animal Crossing game will be released for Nintendo Switch but it has set our rather desperate minds into a swirl of conspiracy theorising. The Switch item was put into the Animal Crossing Pocket Camp game as a daily bonus item to encourage players to log in day after day. It feels like a tease but there's a good chance it could mean nothing but what it is – the addition of a relevant and interesting item to a mobile game trying to keep players coming back.

The most recent sign that there’s an Animal Crossing release coming to Switch is in the form of some leaked images which claim to show the game. There are two images in total: one which shows what’s supposed to be the game’s opening screen and another which shows the actual game.

Unfortunately, both are almost certainly fake. Still, it’s evidence that there's high fan demand for a Switch release. Admittedly, we are definitely intrigued by the idea of an Animal Crossing Globetrotter.

You can see both images below:

In January 2018 it was revealed that Nintendo had applied for a new Animal Crossing trademark in Japan for a wide range of purposes, including software for a home video game machine, portable electronic game machine, and smartphone devices. Now, we already have the smartphone device application in the form of Animal Crossing Pocket Camp, but we’ve yet to see the portable and home game machines. A Nintendo Switch release would tick both of those boxes.

As well as this, the trademark also covers stuffed animals, game machine controllers, board games, playing cards, protective carrying cases, and trading card games, so it’s clear that Nintendo still has big plans for the series.

It’s been a long time since the last mainline release

The last mainline Animal Crossing release was New Leaf all the way back in 2012. That’s now six years ago and, given before this the usual release gap for mainline titles was around three to five years, we’re inclined to say we’re due a new game.

What’s also interesting is that the Wii U never received a mainline title (no, Amiibo Festival absolutely does not count) despite the fact that many fans expected to see one. It’s possible that Nintendo started work on an Animal Crossing Wii U or settled on waiting to launch one for the Switch, and although we can’t be sure of this, we think it’s likely that a Switch launch is coming. Regardless, the core Animal Crossing team finished up with Splatoon 2 development a while ago – so they must have something new in the pipeline.

The success of previous releases

Previous DS and 3DS Animal Crossing releases have sold extremely well for Nintendo – both Wild World and New Leaf each surpassed 11 million sales. While there is the caveat that previous home console releases for GameCube and Wii haven’t done nearly as well, we’re inclined to say that the Switch will buck the trend here thanks to its hybrid nature, and Nintendo will have a hit on its hands. Given one of Nintendo’s most staunchly handheld titles, Pokemon, is now confirmed to be coming to the Switch, we don’t think it’s likely the company will keep Animal Crossing languishing on the 3DS for much longer.

What we want to see from Animal Crossing on Switch

We love our Animal Crossing neighbors, but there’s no denying that they can become somewhat samey. It's a problem that’s not helped by repetitive interactions. We’d love to see a new Animal Crossing introduce even more new faces to the neighborhood and perhaps include a few more ways to get to know them. Seeing more dialogue and more well-rounded personalities would make us very happy players. 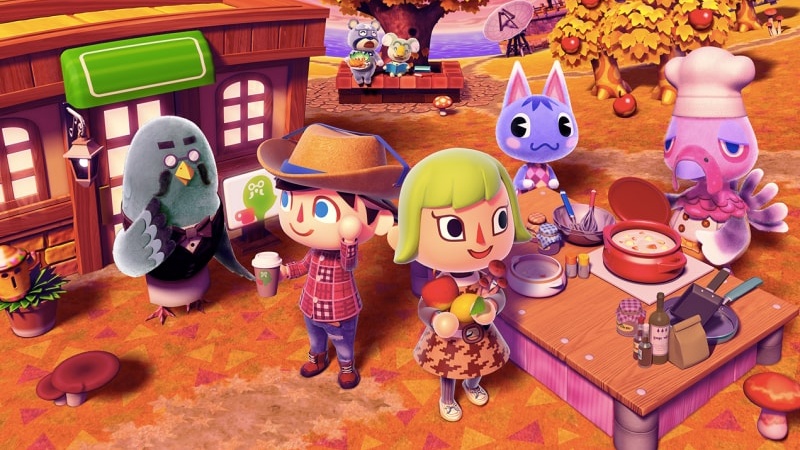 Decorating in Animal Crossing is one of the biggest and best parts of the series (just look at Happy Home Designer for evidence of that). But, we’d like to see even more pieces of furniture appear in a new game. New styles and themes would be welcome, perhaps with more customization options.

With the power the Switch offers, we think we could get the biggest and most expansive Animal Crossing ever. Although we love that Animal Crossing is all about being in a small town, we also enjoyed the move towards a city vibe that came with New Leaf. In Animal Crossing on Switch we wouldn’t like to take this a lot further, but it’d be nice to see some new areas or districts in town that offered a few more amenities or places to visit. 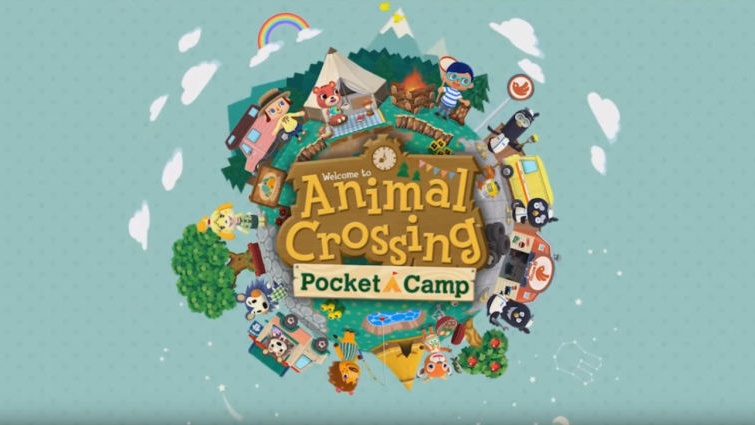 More chances to craft your own story

Moving into the mayoral role was one of the best aspects of New Leaf, but we’d like to see something a little different in the next installment. Perhaps more choice in what role you play in the town. Pocketcamp allows players to take up the role of a holiday camp owner, so perhaps in a new mainline game we could see a few more career options.

Of course, for those interested in continuing along the mayor route that would still be there, but it’d also be exciting to see shopkeeper or cafe owner paths open up. Creating your own designs or crafting furniture to sell to the locals, or collecting ingredients from your town and others to add some interesting flavors to your cafe menu – all of these sound like enjoyable pursuits in an Animal Crossing world.

Animal Crossing Pocket Camp was a welcome release after we hadn’t seen anything from the series in a while, but it doesn’t scratch the itch quite enough for us due to its shallowness. However, that doesn’t mean we’d like to see the mobile game abandoned entirely when a mainline release launches.

It’d actually be nice if Nintendo managed to tie the mobile and console releases together in some way so that players can get more depth out of the mobile game, and give us another way to enjoy the console release. Whether that’s unlocking and transferring items, earning money or improving relationships, we’d just like a way to keep playing even on days where we can’t carry our Switch. Now that we've seen it's possible with Pokemon Let's Go, our hopes are even higher.