Asus’ gaming-centric ROG Phone and its accessories launched in India

Asus has officially unveiled its new gaming-focused smartphone bearing the ROG brand (which we first saw at Computex 2018). The handset competes with the Razer Phone, but Razer has not shared any plans of bringing their gaming phone to the country. So the ROG Phone is the only true-gaming device available in India.

The ROG Phone is touted as the first smartphone in the world to feature a 3D vapor-chamber cooling system, designed to keep the thermals under control while running demanding games.

That hardware consists of a Qualcomm Snapdragon 845 octa-core chip with the clock speed pushed up to 2.96GHz (as opposed to the normal 2.8GHz), and the integrated Adreno 630 GPU is described by Asus as being gaming-optimized.

You can read our hands-on Asus ROG phone now, and you can also check out our first impressions in the video below.

Apart from raw power, the Snapdragon 845 chipset focuses on minimizing thermal throttling aided by aforementioned cooling system. It also brings along a detachable cooler for an extra boost on the overheating prevention front – while still ensuring battery longevity so your gaming sessions on the go aren’t cut short.

The 6-inch screen keeps pace with the core hardware, as it’s an AMOLED display which supports HDR with a 90Hz refresh rate and 1ms response time to help ensure smooth frame rates.

It's given that the phone is designed with gamers in mind, and that means side-mounted USB-C ports designed to plug into controller and other gaming accessories, along with highly responsive game-focused controls that include advanced force feedback haptics and a pair of programmable ‘ultrasonic AirTriggers’.

Asus further unveiled a number of optional accessories to go with the ROG Phone. It includes a TwinView Dock which facilitates a dual-screen handheld mode, and a Mobile Desktop Dock for those who want to use the phone to power a desktop-style gaming experience. There will also be a Gamevice controller, to give you console-like controls, and a WiGig Dock on offer to wirelessly cast your gaming sessions to a big-screen. 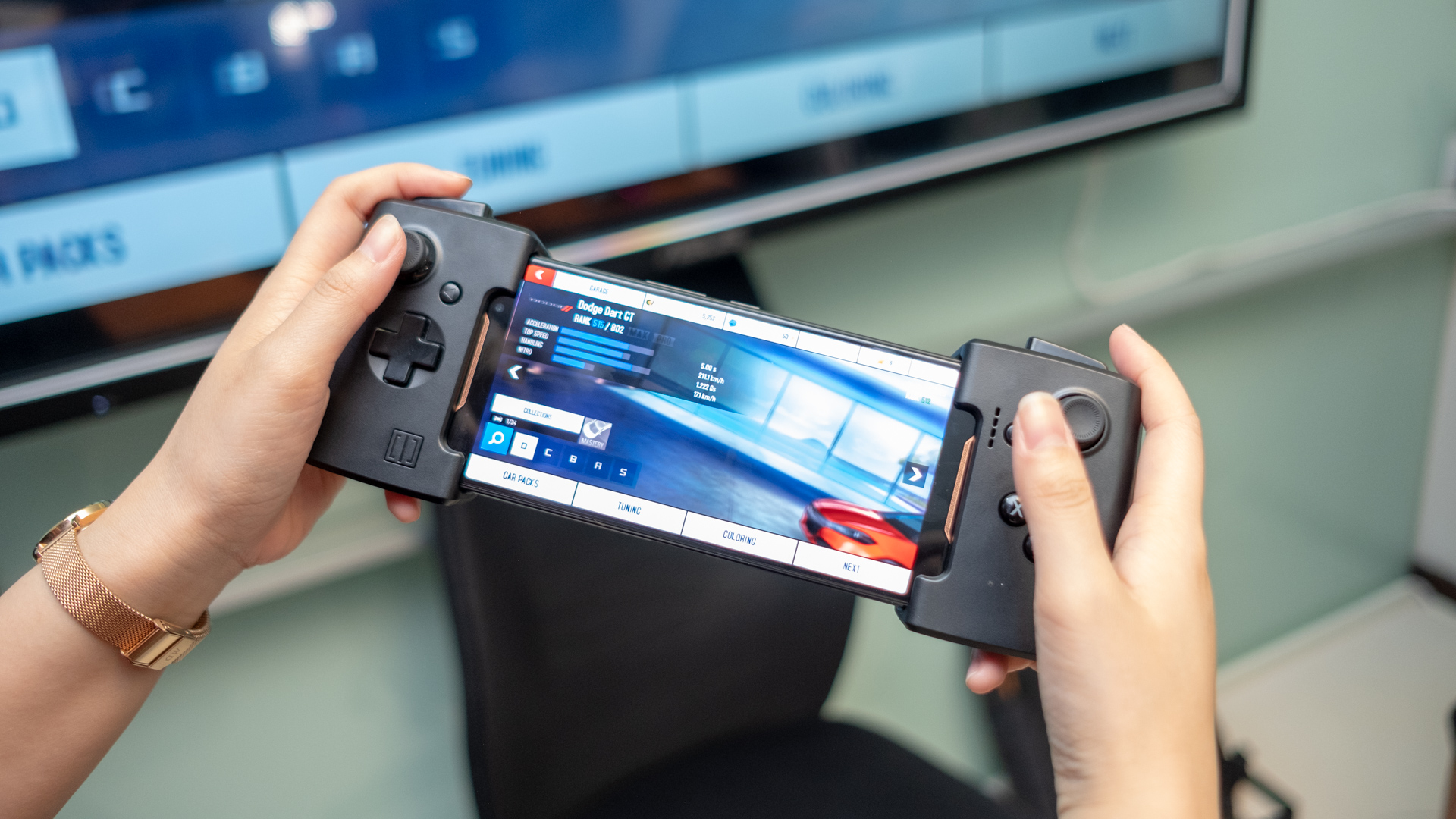