It's nearly 2019 and although we may not be riding to work on flying hoverboards or injecting ourselves with superhuman strength serum quite yet, we do have plenty of wearable gadgets that can help to enhance our bodies so we can run faster, perform better and, hopefully, get fitter over time.

From wearables to hearables, the modern age of body-based gadgetry is better than ever before. That means there are fewer excuses for those keen to up their fitness game as to why they're not out there pounding the pavement right now with the help of some shiny new tech – and the same goes for your friends and family.

Give one of these fitness-focused gadgets as a gift this year to help someone you know enhance their life – or at least track their steps on their way to work.

If they’re a runner, cyclist, swimmer, gym buff, yoga fan, or still sticking to couch-dwelling, these are the gadgets that can help them track their workouts, keep tabs on their activity levels and even manage stress.

From spoken guidance while training to tracked data that helps anyone see their improvements, using these wearable helpers mean their goals for the new year might actually be reached.

It's been a few years since the Moov Now was released, but it's still incredible value for the breadth of tracking that it offers. It may not have a screen, but for the low price you can run, swim, cycle, box and do crossfit with accuracy.

This makes it perfect for those who want a wearable that's solely for fitness and are willing to give wrist-based notifications, extra apps and on-screen insights a miss.

For water babies there isn’t a swim tracker out right now that’s much better than the Moov Now. Sure, this multi-sport tracker does manage run, cycle and even boxing monitoring, but it excels at swimming.

Not only will this track laps, time, distance, pace and strokes when swimming but it will break down the data for analysis afterwards with useful metrics like distance per stroke and stroke rate. That even includes tips on how to improve performance based on the data collected.

While training, the Moov Now requires a smartphone connection for GPS but it can then offer real-time coaching via connected headphones.

One of the best things: the Now will keep going for six months before the affordable watch battery runs out, making it an ideal gift.

We'd have expected a new model to have launched by now but there's no word on one. Still, with the Moov Now sitting at the top of our best fitness trackers list, beating out newer devices like the Fitbit Charge 3, there's also no real need. 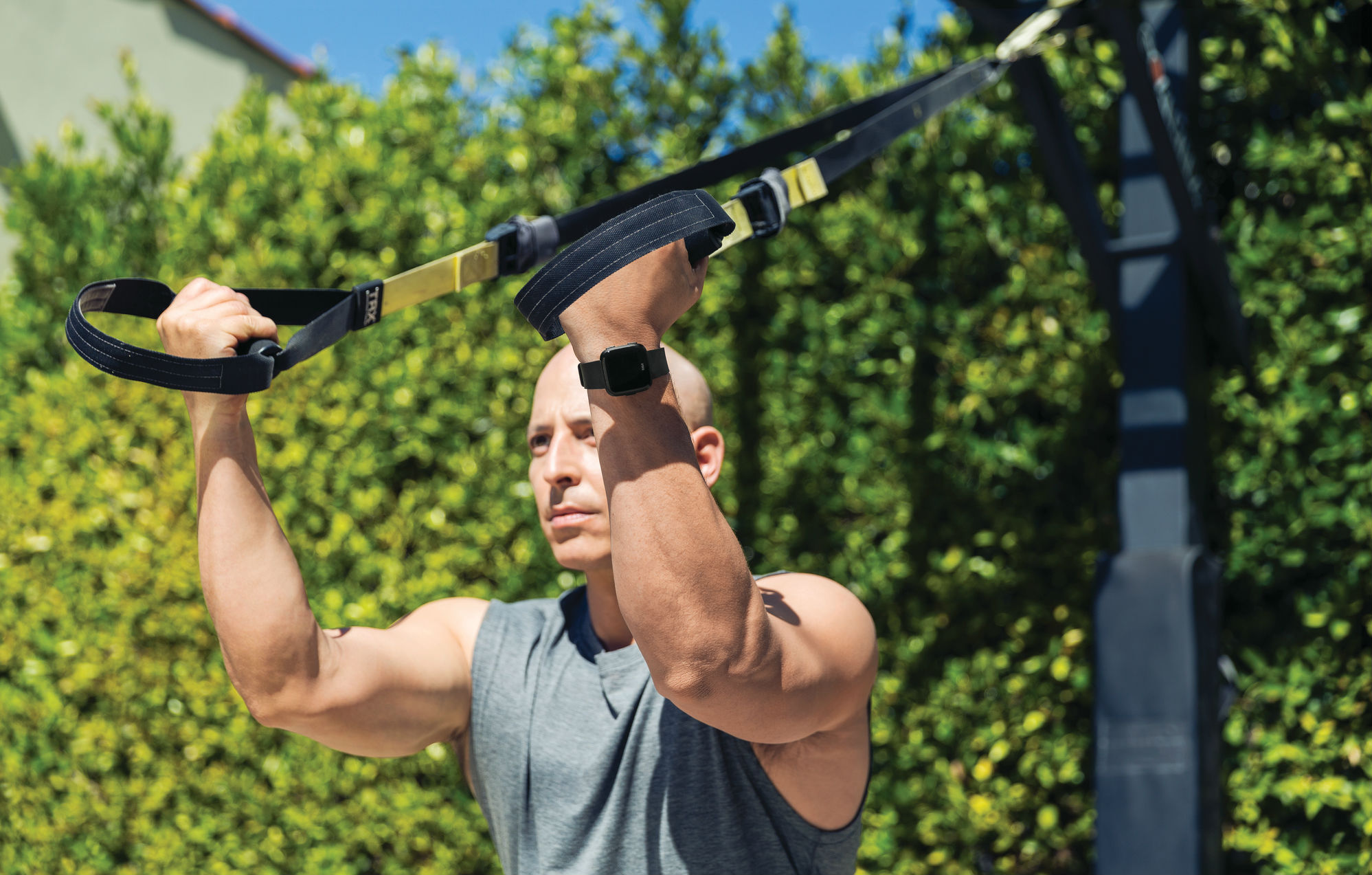 We've placed both the Fitbit Ionic and the Fitbit Versa in our second spot on this list, because we think in terms of fitness they both have very similar features to offer.

You're looking at two of our favourite wearable devices, which straddle the line between smartwatch and fitness device really well. They're both really great options if you (or the person you're buying for) enjoy fitness but also want some added smarts that make it more of a lifestyle device.

They both have incredibly bright screens, on-wrist notifications, a bunch of customization options, Fitbit Pay and sensors to keep tabs on your activity, heart rate and sleep.

The one major difference is that the Ionic is packing GPS capabilities, which means if you're buying a gift for serious runners this year, that's your best bet. For everyone else, the Fitbit Versa is a solid option.

Looks-wise they're similar, but the Versa is sporting a more rounded look and feel similar to the Apple Watch design, whereas the Ionic is more squared-off on the corners. 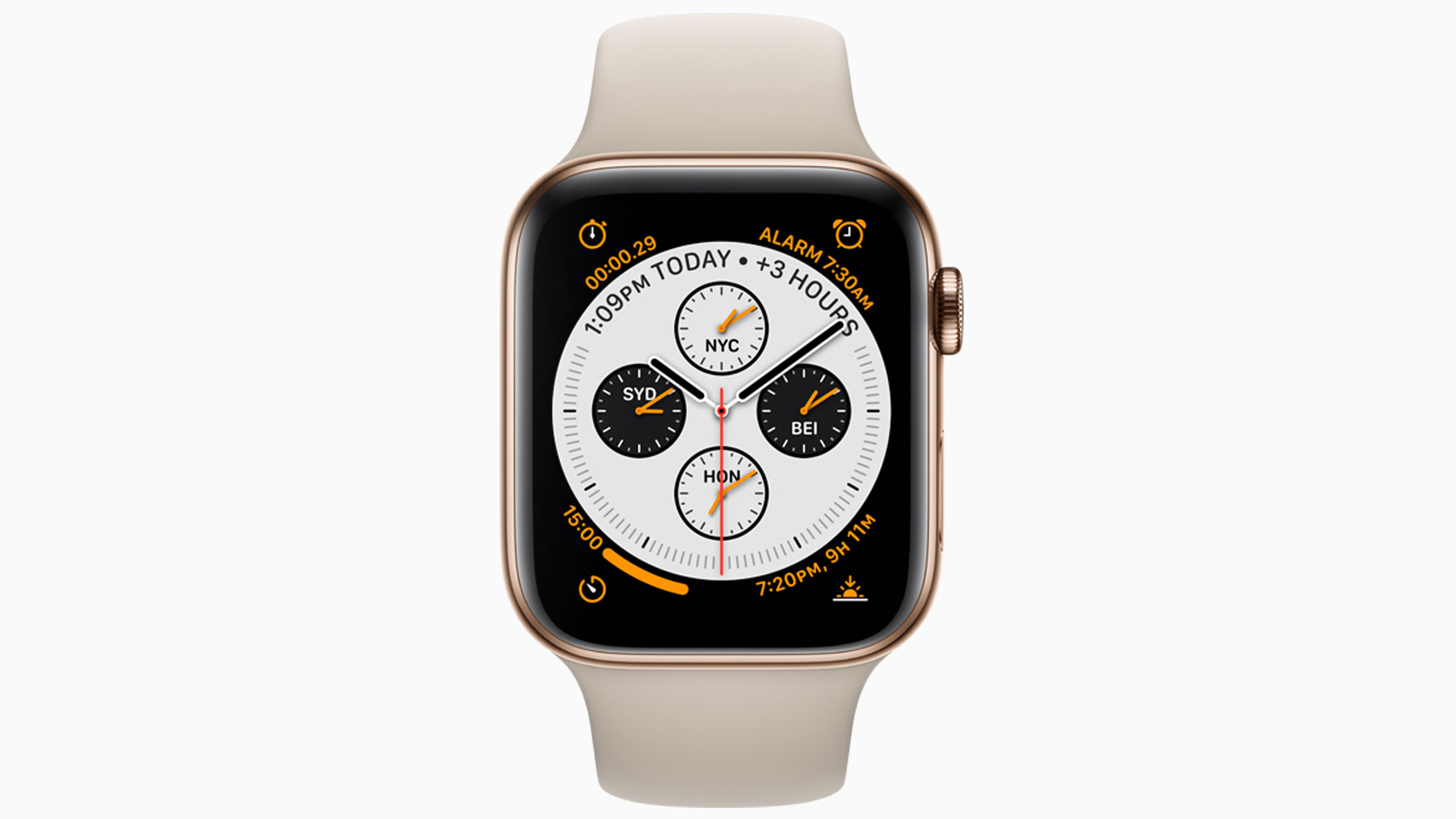 If you're looking for the ultimate gift for an Apple lover this year, then the Apple Watch 4 is probably your best bet. It isn't cheap, but when it comes to smartwatches it's one of our favorite options on the market.

It's had a decent upgrade from its predecessor, the Apple Watch 3. The design is refreshed with a larger screen giving you more visibility that's always welcome when you're working out.

It's an excellent gift (whether for others or yourself) for those who are determined to get fit and are just starting out on their journey – the smart prompts and additional information on how to get there really help.

It’s also going to be a good device for those with heart complaints – the new ECG capability is truly game-changing for those people – or those who might be susceptible to a fall.

Read the full review for the Apple Watch 4. 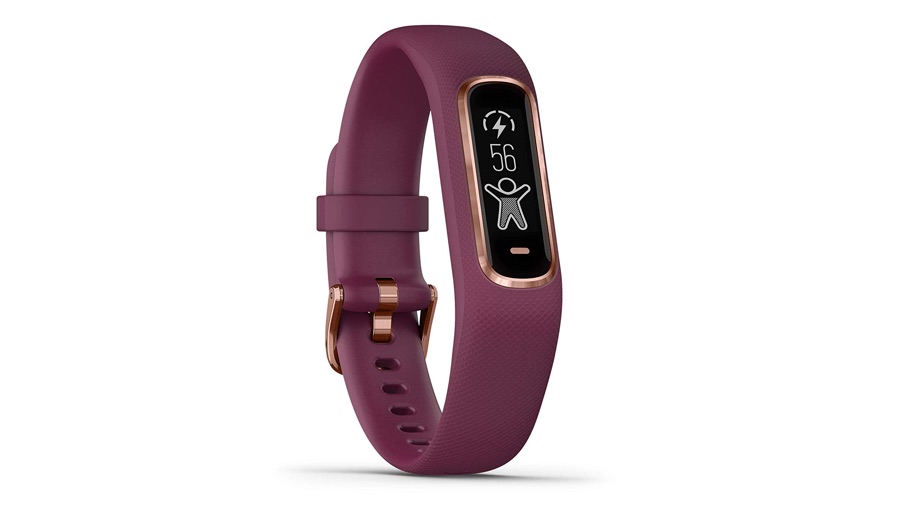 If you're looking for a super slim fitness tracker that cares about your workouts, your wellbeing and little else then the Garmin Vivosmart is a solid and affordable choice.

One of our favorite features is Body Battery, which is essentially a way to measure how much energy and oomph you're going to have each day. Some people might not care about that, but for those who want to prioritise recovery and wellbeing as much as performance, it's a really nice addition.

That's not to say it isn't a great fitness wearable in its own right. It has a Pulse Ox sensor, stress features, heart rate tracking and fitness sensors to keep tabs on everything, from a simple gym session to a run outdoors.

Find out what we thought after a week reviewing the Garmin Vivosmart 4. 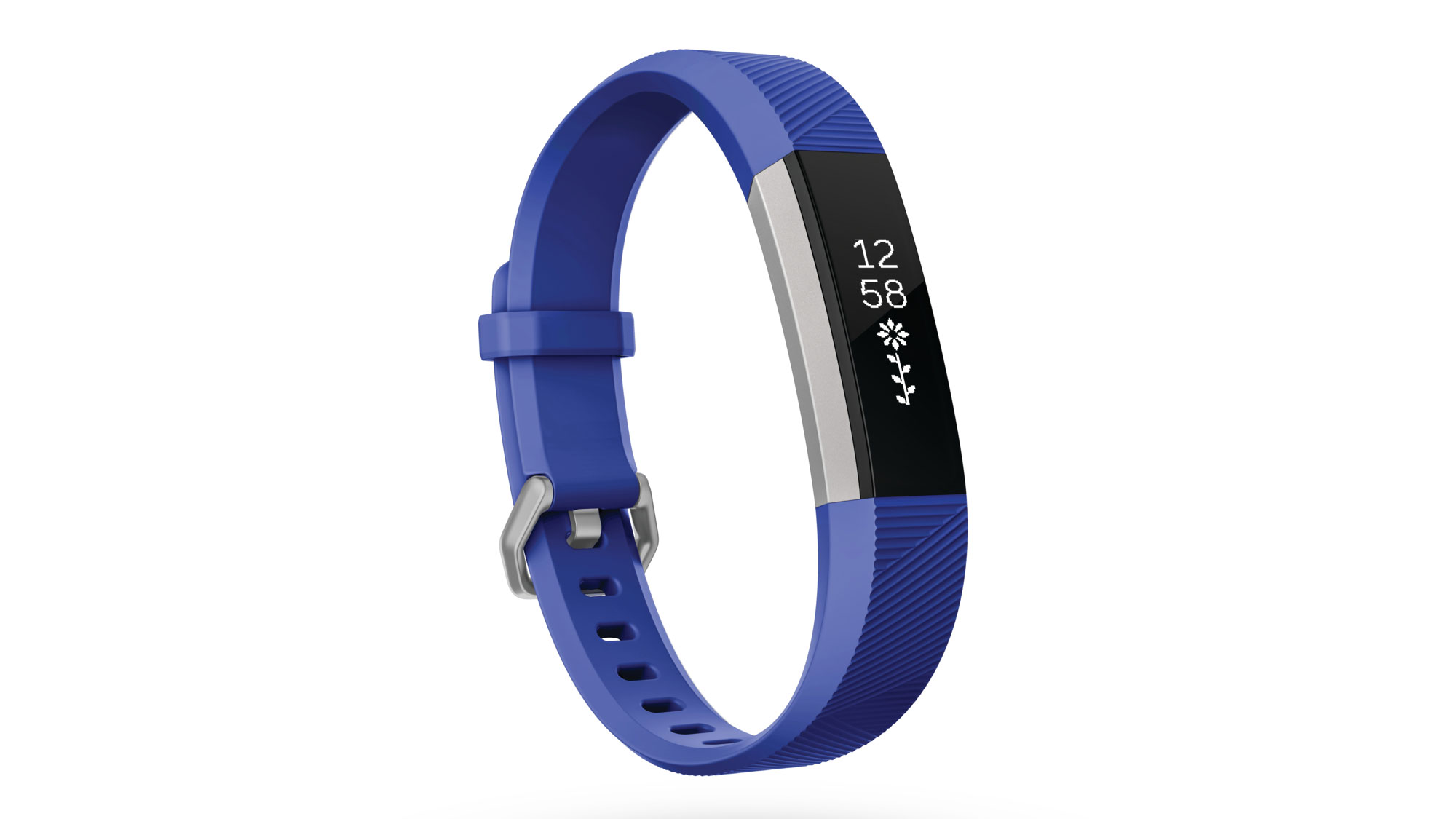 Fitbit has extended its range over the past year to create an activity tracker with kids in mind. It has all the basics that little ones would need, including activity tracking, rewards and badges, and reminders to move.

It's also waterproof, fairly durable and boasts up to 5 days battery life making it fairly kid-friendly. This is a great gift idea if the rest of the family already have Fitbits so you can all compete and reach your step goals together.

Read our full review of the Fitbit Ace. 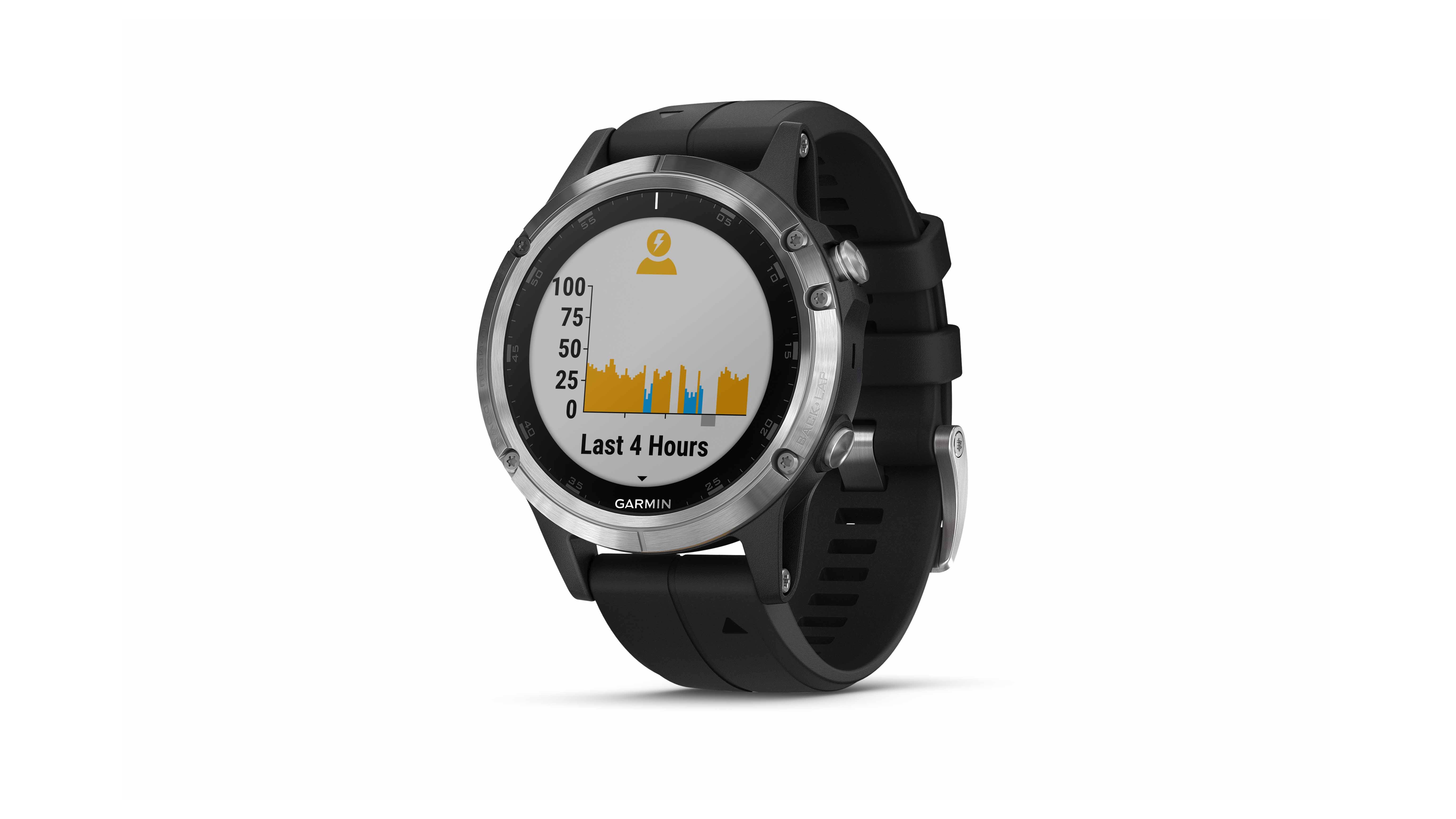 Warning: Only read on if you've got one hefty budget for your present buying plans this year, because this is a high-end fitness watch with a price tag to match.

Gamin's Fenix line has long been the best-in-class multi-sport option for those serious about fitness and running – and this latest version of the Fenix is about as capable as they come.

It's packing a whole host of new features, like built-in music and contactless payments along with fully routable color topo maps.

We gave the Garmin Fenix Plus 5 nearly a full 5 stars in our review and found time and time again that this is a device that can handle almost all the adventures you're looking to throw it into. That means this is a multi and adventure sports watch for people who are very serious about performance.

Read the full review of the Garmin Fenix 5 Plus. 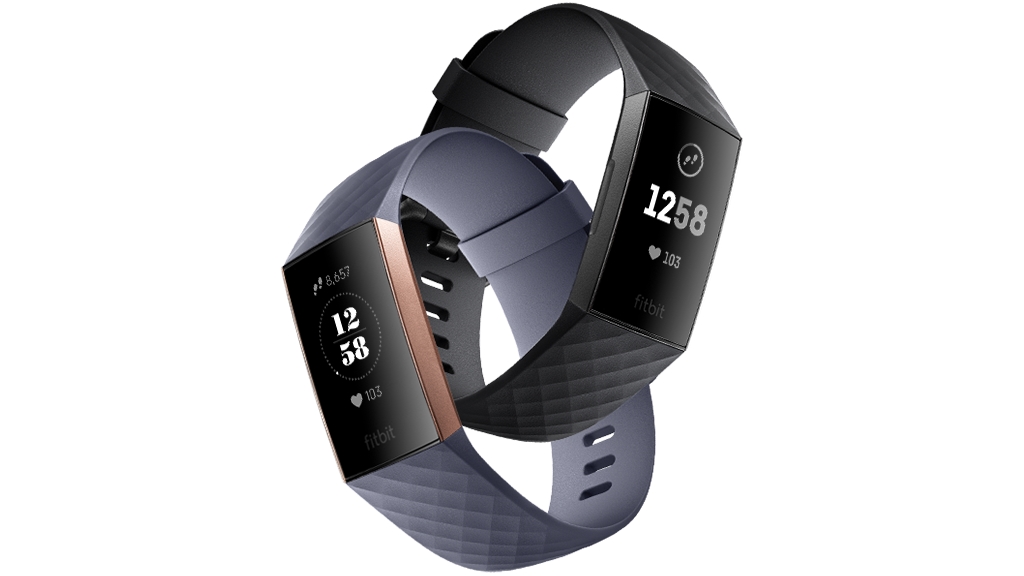 We know what you're thinking, this list is a little Fitbit heavy, isn't it? But Fitbit really has a great range of fitness tech for people of all ages and abilities. And not only that, but in our opinion it's one of the easiest apps to use so you can get up and running (literally) in no time – that makes Fitbit devices ideal gifts

The Fitbit Charge 3 is Fitbit's latest device. It serves up notifications, tells you the time and has a capable screen. But unlike the Versa and the Ionic, the Charge 3 isn't really about apps, 24/7 notifications and smartwatch creds, it's about fitness.

It has a bigger screen than its predecessor, the Charge 2, as well as a lighter design. It's also completely waterproof, making it a top choice for swimmers.

Unfortunately there's no on-board GPS, meaning this isn't for serious runners. But for those who enjoy working out in every other sense, it's a solid choice and one of our favorite all-rounder fitness devices that's also beginner-friendly.

Read our full review of the Fitbit Charge 3. 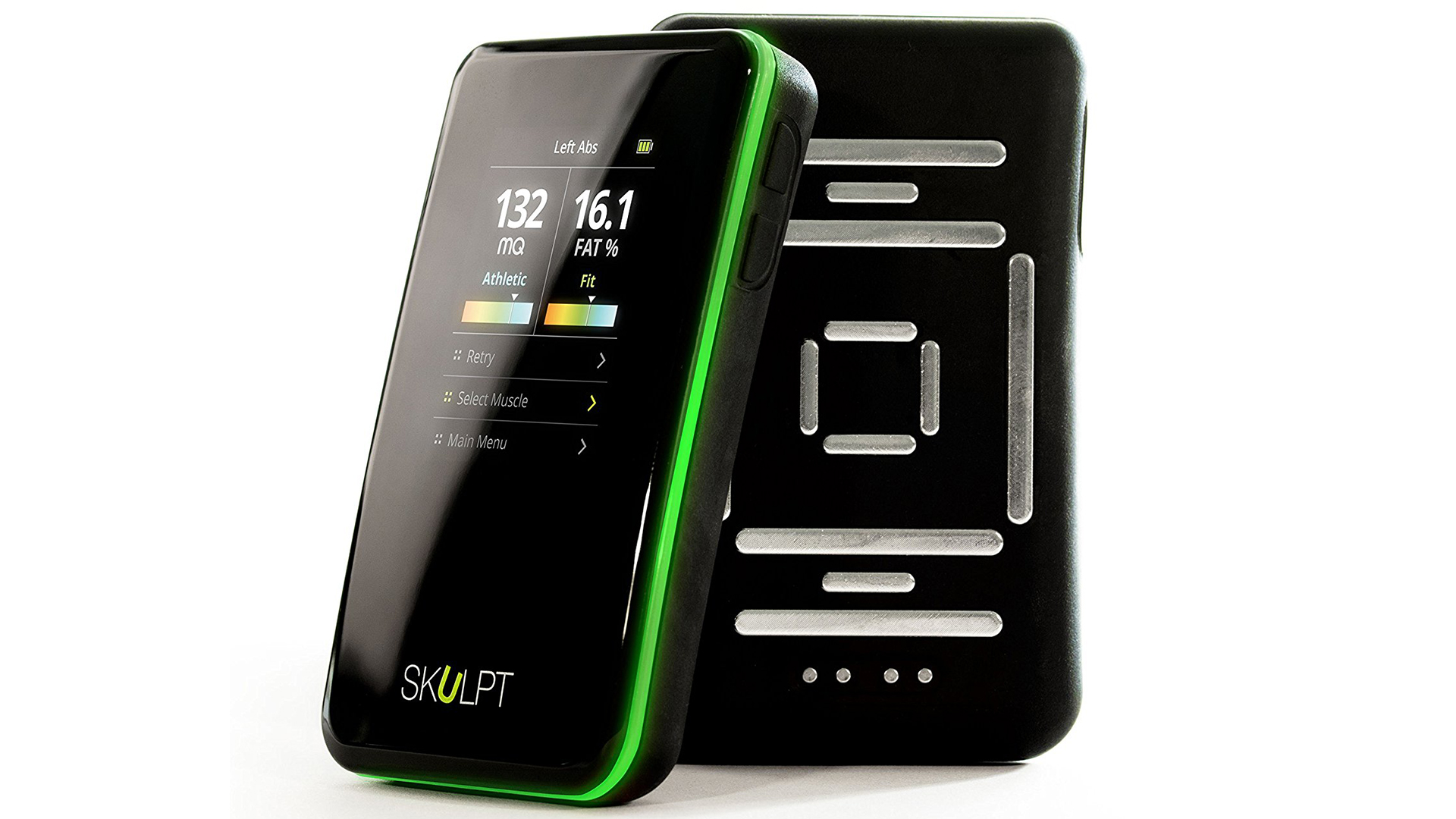 Although many people train to perform better, get stronger or to improve their mental health, many are also keen on losing a few pounds.

That means a tracker that measures fat and muscle to show what training works and what doesn’t makes sense. The Skulpt Scanner is designed for gym buffs, HIIT fanatics, cardio crew and anyone that enjoys training in a way that traditional wearables don’t track so well.

By getting an accurate measure of muscle quality and fat content at 24 different areas of the body it’s possible to focus training more accurately.

The only negative is that this system requires you to hold a bulky, moistened unit onto that muscle area while it measures.

This is a post-workout faff that may be dropped by some people, although since improvements aren’t going to be instant it could be a weekly or bi-monthly tracker session anyway, with the app then advising on how to improve and hit goals. Beefcake! 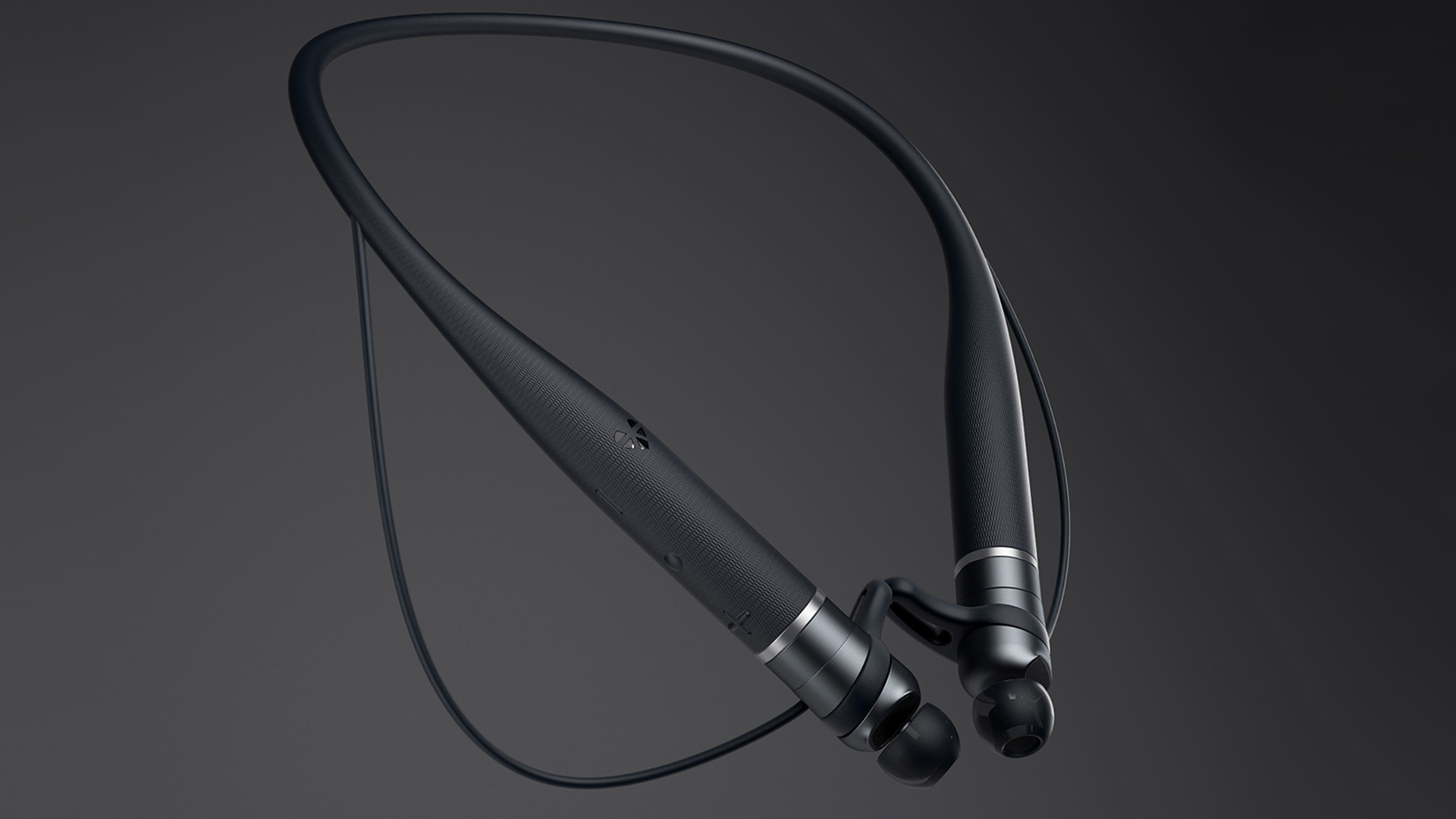 The LifeBEAM Vi could be the future of fitness gadgetry, leading the way by combining artificial intelligence with hearable tech.

Developed by military tech specialists using the same smarts used by fighter pilots, this headphone wearable is all about going beyond tracking to offer personalized feedback and training guidance.

Vi offers aerospace grade biosensors to track heart rate, motion, elevation, proximity and touch for up to six hours of use. Feedback and music come through Harman Kardon developed headphones for high-quality sound.

Vi is controlled using Automatic Speech Recognition, meaning a simple question like “How fast am I running?” will get a direct answer, as if working out with a real personal trainer.

This is great for heart rate zone training where looking at a watch screen can be distracting.

Runners, cyclists and even HIIT fans can use this to get better, but Vi is also great to help beginners face training with an assistant that can make it all a bit less scary. 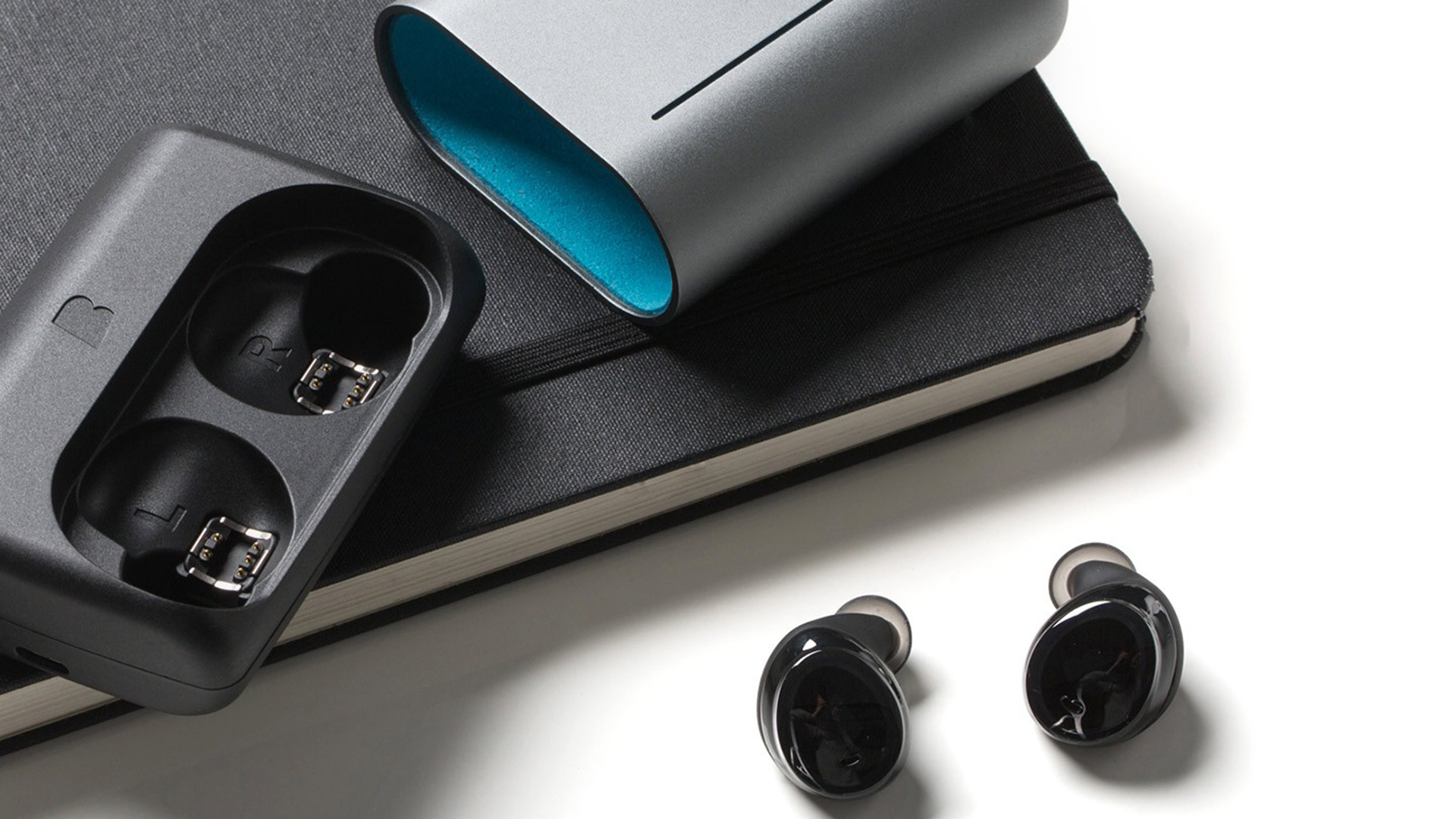 Bragi The Dash Pro is a truly wireless earbud setup that not only offers onboard music but tracking too, meaning you can train and leave your phone at home.

It doesn’t have GPS so that tracking might not be as accurate as you’d like for running and cycling, but with a connected phone GPS can be used.

And you do get metrics like steps, distance, cadence, heart rate, breaths and more with the earbuds alone. Bragi The Dash Pro also auto-detects activity using its movement and heart rate sensors, so you don't have to tell it you're exercising.

While the Dash Pro has 4GB of onboard storage for around 1,000 songs it can also stream music from a connected phone. It’s IPX7 water resistant and comes with a charging case that extends the five hour battery life for multiple charges when out and about.

As if all that wasn’t enough, the Dash Pro also offers an iTranslate service via a phone, meaning you can hear translations of a person talking in another language, in real-time… just like Google's Pixel Buds.