Update: Now with more party games to help you get through the Christmas season with festive cheer.

You’re full of turkey, you’ve had a fair few alcoholic drinks and you’re drowning in wrapping paper, but then someone in your family plucks up and says, “shall we play a game?”

It’s then you realize all that’s on offer is Monopoly – which is set to last until at least midnight – or it's a case of making conversation with those around you, so what if you had some party games ready and raring to go on your phone?

For that exact reason we’ve put together this guide to the best party games you can play this Christmas. We’ve included games that work on both iPhone and Android phones as well as tablets, so this should be a good mix of titles for you to choose from.

Escape Team sees you working in a team to solve puzzles against the clock. These might involve translating Morse code, arranging pieces of a puzzle, solving a ‘Sudoku riddle’ or a number of other things.

A single mission in the game consists of a number of these puzzles, so to complete a mission you need to finish all relevant puzzles before the clock runs down.

Escape Team isn’t a purely mobile game – you’ll also need to print out some documents involved in the puzzles, so make sure you either have a printer accessible or do this in advance. That slight annoyance aside this is a great choice if you want a party game that makes you think. 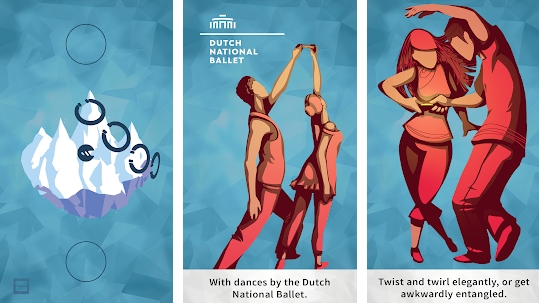 Mobile games don’t have to be static affairs, with Bounden, you and a partner will get up and dance. Don’t worry though, it doesn’t matter if your dancing skills are non-existent. The game sees two players hold a phone, one grabbing each end, and then has them guide a sphere through a path of rings.

The act of doing this though turns into something of a dance, with players twisting and twirling to navigate the sphere.

So even if you can’t dance, you do alright, since the sphere acts as something of a guide. And if it all goes horribly wrong, well, that’s half the fun.

There are eight dances in all and with choreography by the Dutch National Ballet your movements have the potential to look surprisingly good. With practice, anyway. 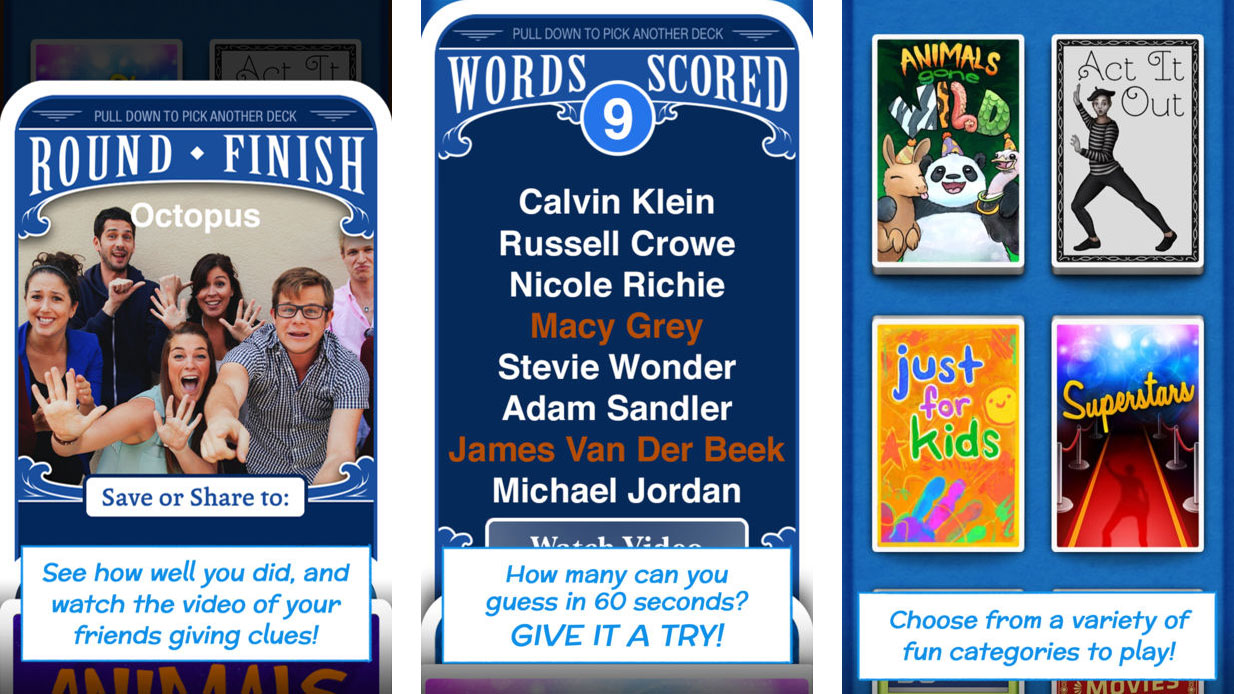 Perhaps the most popular on this list, Heads Up! was created by US TV host Ellen DeGeneres and you may have seen her play it with the famous guests on her show.

It's basically a super intense version of that game where you all write something to stick on people's foreheads and you have to work out what your note says by asking questions.

Here you'll choose the topic – options include animals, celebrities, movies and more – and you then put the phone on your head to wait for the countdown, and your family gather around to see what appears on the screen.

You’ll then have 60 seconds for your friends and family to try and explain what words they see on your forehead. Every game quickly devolves into people screaming words or making animal noises, so it's exactly what Christmas is all about. 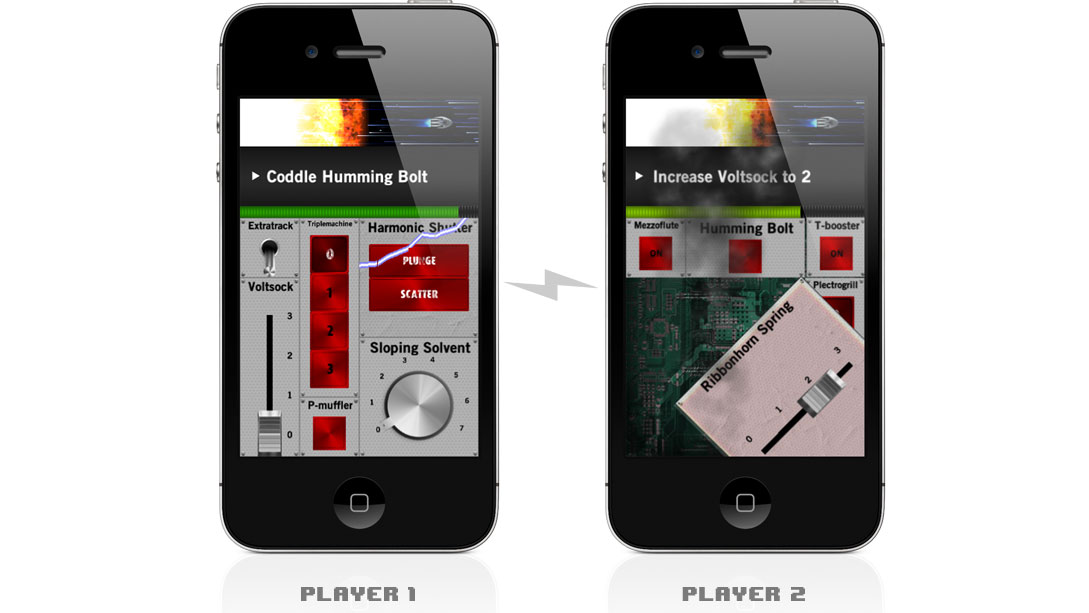 An oldie – but still a goodie – Spaceteam is one of the best cooperative experiences that you can play on tablet or your phone. Everyone downloads the app to their device and you'll see a panel for the spaceship you’re meant to be flying together.

The thing is, everyone sees a different panel to help fly the craft. The idea is you get shown instructions, but much like Captain Kirk in Star Trek you need to delegate tasks to other team members, as the instructions you see are for other players. They're also often borderline nonsense, and tasks are time-sensitive.

Spaceteam starts off as simply saying the words "wash socks” or “burn toast”, but soon you’ll find yourself screaming much stranger phrases at each other to make sure the ship stays on course. 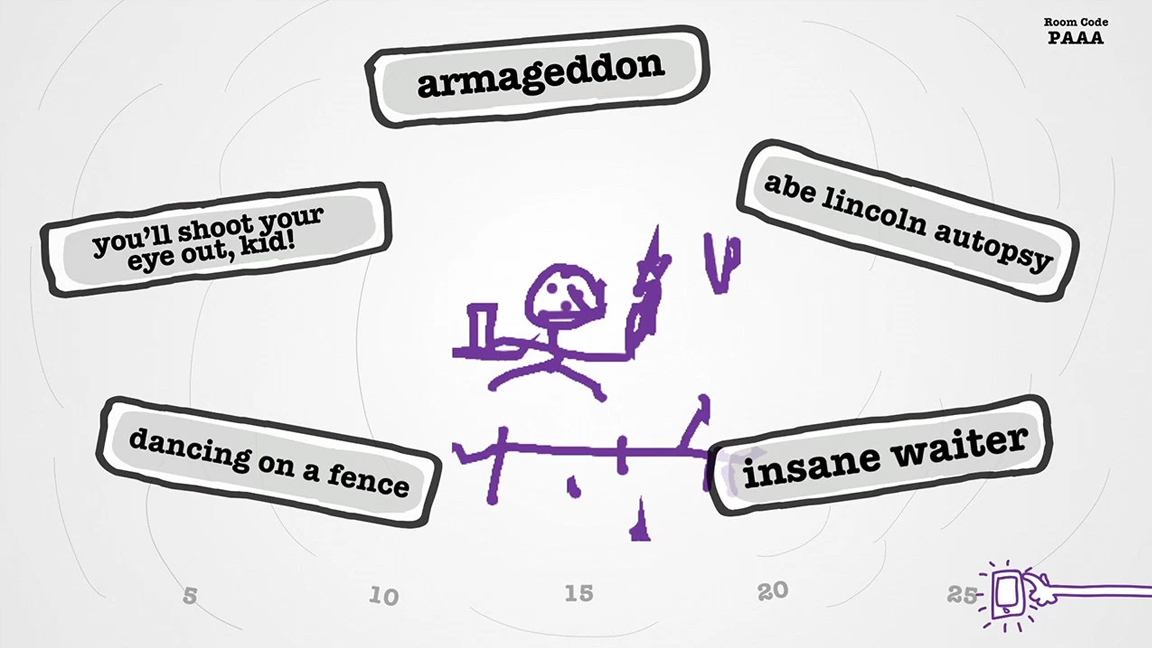 This one will require a little bit more than just your phone or tablet. Jackbox party games can be played through PS4, Xbox One, Nintendo Switch, PC, Apple TV, Android TV and a variety of other platforms, but you’ll also need everyone who wants to play brandishing either a smartphone or tablet too.

Once you’ve loaded up the game on your console, you’ll then be able to connect everyone’s phone to the game to use as a controller over the internet. Each Jackbox Party Pack comes with a selection of games for you to play, but we particularly like the first pack and the game Drawful.

Drawful is basically a game of Pictionary, but your creations are blown up to a big size on your TV. There are lots of wordplay, trivia and investigation games too that you can compete in. 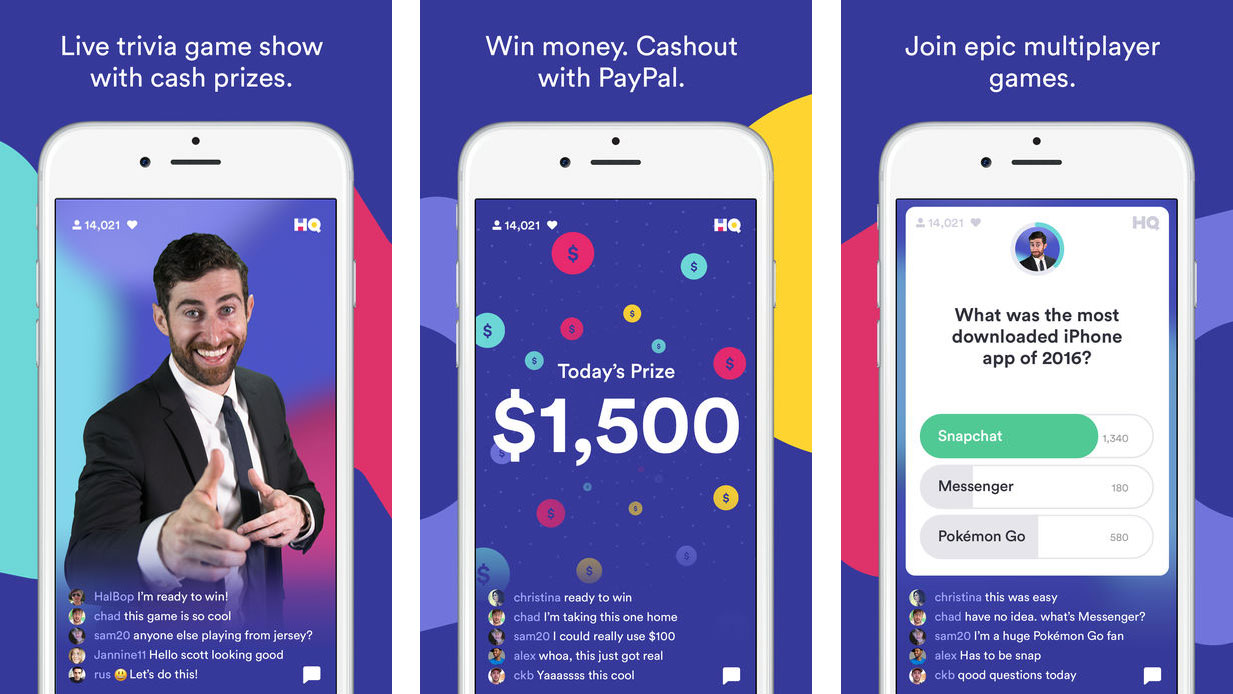 HQ Trivia is the sensation that has taken the Apple App Store by storm and we think it's worth playing it with your family this Christmas.

Much like how you'll tune in to a game show on TV over the Christmas period, this only takes place at certain times of day, so you'll need to time it perfectly around your Christmas meal.

But unlike a game show, HQ Trivia takes place within an app and allows you to play along too.

The aim is to answer each question right to stay in the game. If you get one wrong you'll then be kicked out, but if you answer all of them correctly you'll continue on to the end and everyone who is still left standing will get a portion of the prize pot.

Play this with all your family helping at Christmas and you'll perhaps stand a better chance of winning. 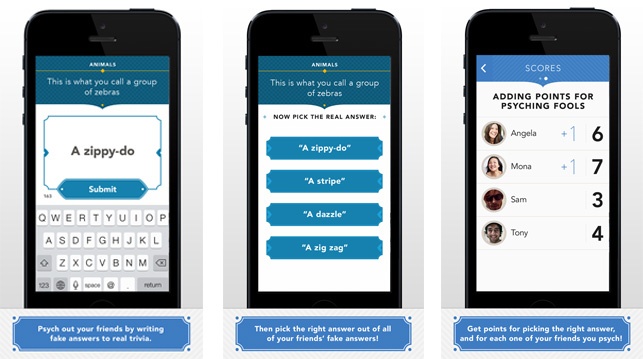 Made by the team behind Heads Up!, Psych! is a very different game. This is all about fooling your friends, and instead of playing on your forehead everyone will need to have this downloaded to their phones as it's played on the screen in front of you.

Each round you'll be greeted with a trivia question, but everyone in your game will then submit their own answers. Once you've submitted, you'll then see everyone's answers (plus the real one) and you have to work out which one is right.

You ultimately win the game by scoring the most points, and that means you can win by tricking people into choosing your answers, as well as by getting the answers right. 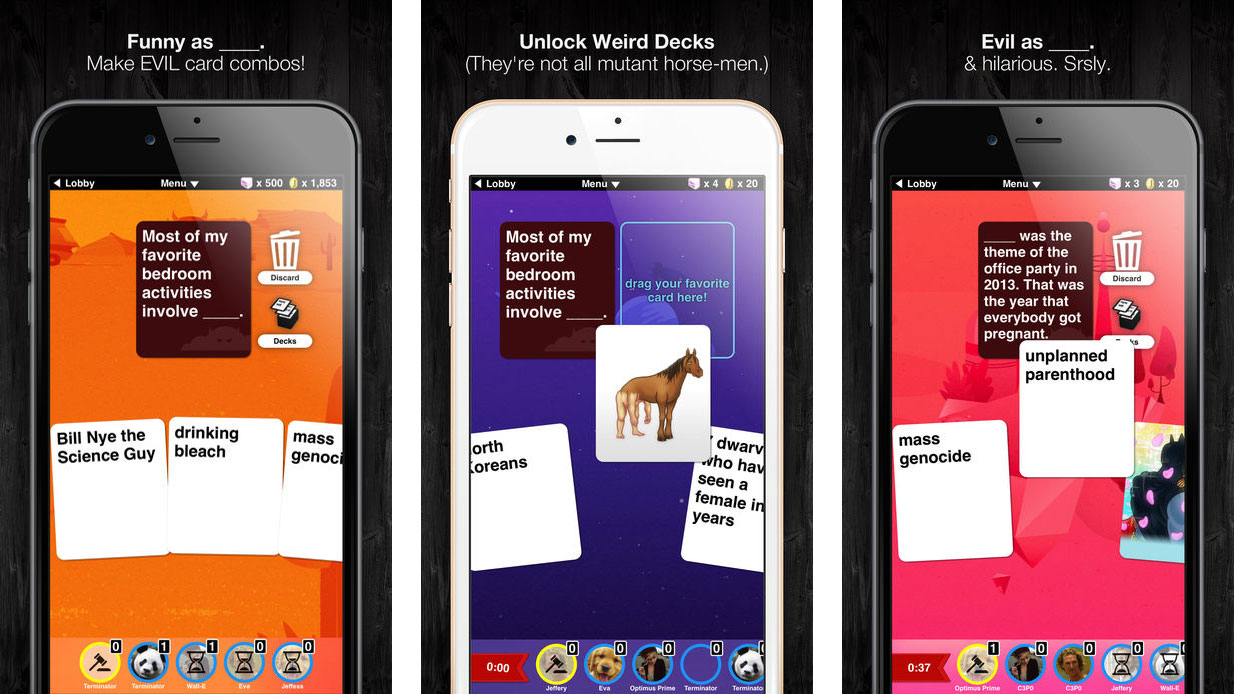 You've played Cards Against Humanity right? What happens when you go to visit family at Christmas and you've left your deck at home? This is the next best thing, and it's called Evil Apples.

If you've never played this kind of game before, the aim is to make your friends and family laugh by playing the funniest answer card to the question card that has been drawn.

Evil Apples comes with over 4,000 different answers and there are more than 800 questions too, so you'll struggle to make your way through all of them before the end of the Christmas period.