Best Racing Games 2018: the top racing titles that’ll have you ready to race

The racing game genre has been around almost as long as there have been video games and machines to play them on. And with very good reason. What better way to experience driving fast without the risk of a big crash or a speeding ticket?

While in the early days a blob of 8-bit pixels that vaguely resembled a Ferrari counted as realism, in the current generation we are spoiled for choice in how we get our high-speed kicks.

Hyper-realistic graphics, more detailed physics than ever and higher levels of immersion – aided by the rise of VR – are all features of the top titles right now. And for those who prefer their racing to be more arcadey and over-the-top, there's plenty out there for you too.

It's fair to say that we've come a long way since the days of Pole Position and Super Hang-On; take it from me, racing gamers have rarely had it this good.

Let's run down the the best racing games from each platform, as well as take a look at the other high-profile contenders currently sat on the starting grid.

This might be a surprising choice given the very valid criticism GT Sport received on launch for lacking content – initially it didn't even have a true single-player campaign like previous Gran Turismo titles.

But the series' trademark focus on stunning graphics and realistic-feeling handling was evident right from the get-go, and over time monthly patches have beefed up the single player with new cars, tracks and GT League championships – all for the princely sum of free.

It's now not only a much stronger value proposition, but one of the best sim racing experiences out there – and certainly the best PS4-exclusive.

A heavy esports focus means the online modes are very well structured and run smoothly, the single-player campaign now has a decent amount of longevity, and the game nails what every Gran Turismo game has gotten right; the sheer joy of driving.

Recently reviewed on this very site, the Forza Horizon series has always trended more towards arcade thrills than Gran Turismo – and indeed the Forza Motorsport series it spun off from.

And the fourth installment is the absolute apex of this vision of free-roaming open-world fun in fast cars. The rural British setting provides a nice variety of roads, hills, scenery and countryside to hoon around and explore in, and the game both looks and plays absolutely beautifully.

It's a big toybox with a vast array of cars, missions and secrets to plough through, and much like games like Test Drive Unlimited and Burnout Paradise, it's a fabulously immersive experience that constantly finds new ways to put a big smile on your face. 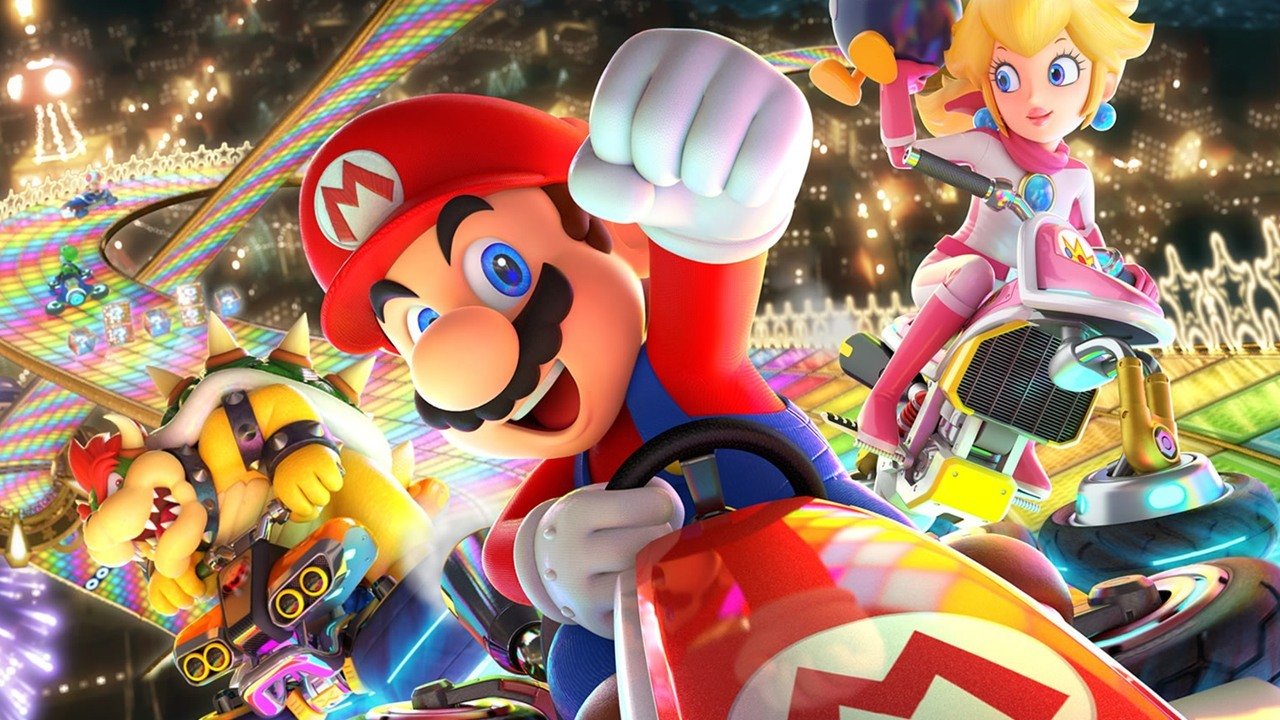 Unfortunately the Nintendo Switch is relatively lacking for great racing games, with most being average-to-decent ports of games from other consoles or even Android systems.

In among this field one clear winner stands out; the excellent Mario Kart 8 Deluxe.

In itself a port of Mario Kart 8 on the previous-generation Wii U, this game doesn't just stick a new name on an old game and knock off for lunch.

New characters, tweaked graphics enabling 1080p/60fps output while the Switch is docked, and a reworked Battle Mode all contribute to this being a massive critical and commercial success, and one of the very best installments in the long-running Mario Kart franchise.

There's still few better games out there for breaking out among friends – and potentially ruining said friendships – than Mario Kart, and 8 Deluxe takes the series to new heights of colorful fun. 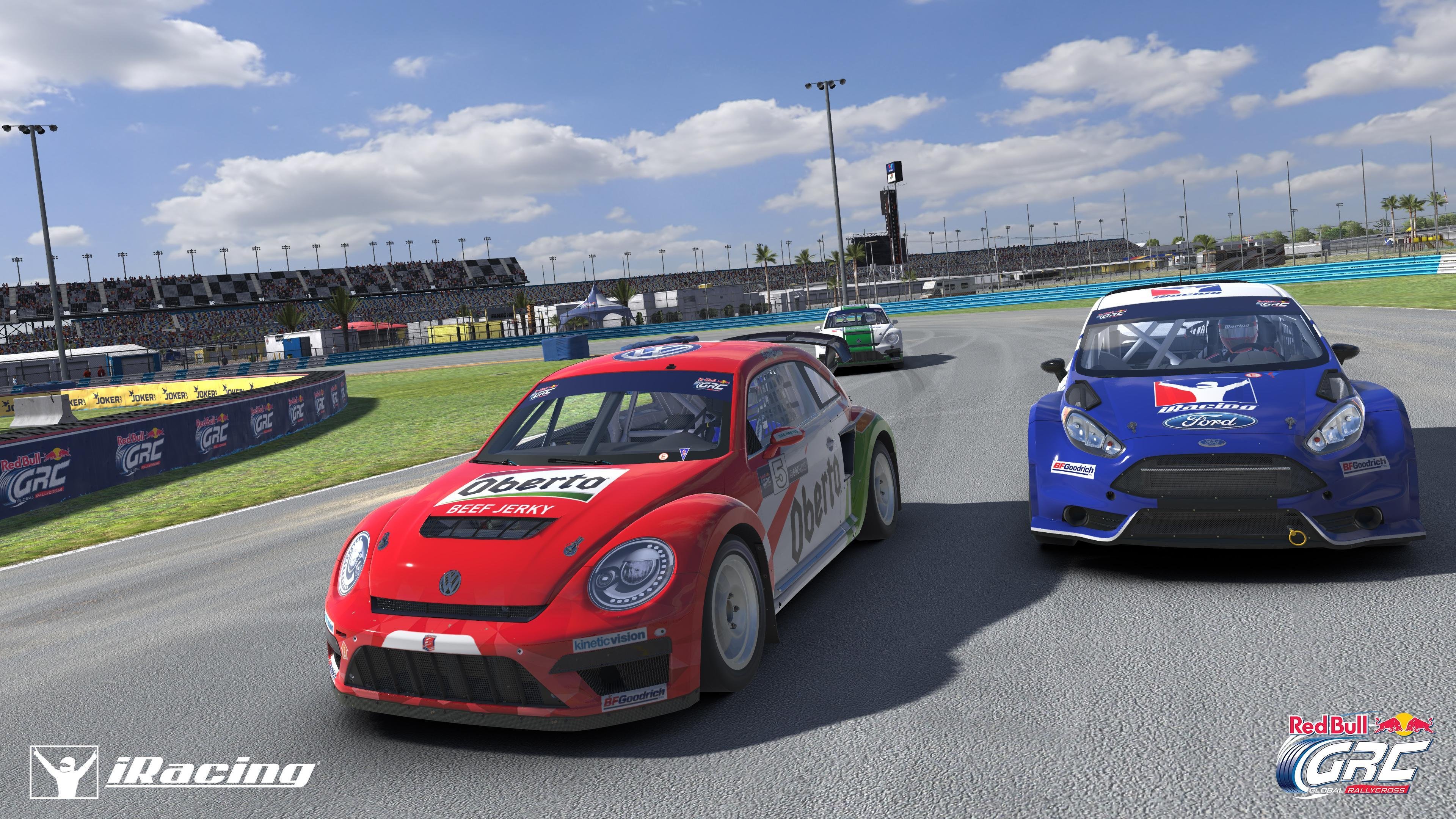 The monthly subscription and additional content costs means its far from the cheapest racing game on the market, but in this case you absolutely pay for what you get.

There's excellent online play with solid matchmaking, laser-scanned real-world racetracks and the most realistic handling model possible – so much so that real race drivers use this sim to learn tracks, practice new cars and handling setups, or just to unwind between races.

The game has been supported with consistent updates and new content, and despite being ten years old this year, there's still nothing that comes close for the most true-to-life sim racing experience in gaming.

DiRT Rally (PC/PS4/Xbox One)
Codemasters' popular rally racing series, stretching back to the Colin McRae Rally games on PS1 and PS2, decided to move in a more hardcore simulation direction with this spin-off title.

And from the moment it hit Steam Early Access in 2015, we knew we were in for something special. Put simply, there's few more adrenaline-pumping experiences in all of gaming than belting a 500hp Group B rally car through the hills of Finland, flying through the air and inevitably smashing headlong into a tree.

Think of it as the Dark Souls of the racing game genre; it's very difficult, and you probably will crash a lot, but it's relentlessly fun nonetheless and the sense of satisfaction from negotiating a stage without hitting a tree or falling off a cliff is unparalleled. A sequel is on the way in early 2019, and to say we're excited is a real understatement.

F1 2018 (PC/PS4/Xbox One)
Speaking of Codemasters, they have enjoyed a fruitful run with the official Formula 1 license since 2009, and their latest installment is another fantastic step forward.

Given how unbelievably fast real F1 cars are, managing to balance realistic-feeling physics with being accessible to players of all skill levels and control types is a major achievement in itself.

Alongside this comes one of the deepest career mode experiences in all of sports gaming, with car development and team relationship trees making things feel more like an RPG than a regular sports game.

The level of depth and replay-ability in this title is astounding, and absolutely makes it worth your time – and that's without diving into the variety of classic F1 cars also available in the game. For unleashing your inner Lewis Hamilton, Jenson Button or Nigel Mansell, this is the perfect game.

Project CARS 2 (PC/PS4/Xbox One)
The first Project CARS was a very ambitious attempt to make the most realistic and deep sim racing title ever seen across all platforms, and whilst Slightly Mad Studios didn't quite hit the mark first time out, the sequel gets very close to that grandiose vision.

A monstrous amount of cars, tracks and game mode combines with a tweaked career mode and most importantly, a refined physics engine that makes the game far easier to play on both controller and steering wheel.

A fabulous sense of speed, gorgeous lighting and day-to-night transitions and a great attention to detail with atmospheric effects make PCARS 2 possibly the most visceral sim racing experience on consoles and PC.

With PCARS 2 going for head-crushing depth, Assetto Corsa offers a more streamlined and accessible alternative without sacrificing the simulation physics.

It's a much easier experience to jump into, and while the roster of cars and circuits is much smaller than PCARS 2, there's still a very interesting selection available – and even the most terrifying Le Mans prototypes and Grand Prix cars feel satisfying to drive right out the gate.

A more structured career mode progression and challenge curve also help add to this game's more user-friendly appeal, and in many ways both it and PCARS 2 complement each other.

Get both if you can, but should you be newer to more simulation-based racing games, start with AC first to get you up and running. Meantime, a sequel – Assetto Corsa Competizione – just dropped on Steam Early Access, and it already looks like Kunos Simulazioni are on to take a giant step forward over the original.