Samsung's latest mid-range smartphone, the Galaxy M20 was launched just last month in an aim to tackle the Chinese smartphone manufacturer, Xiaomi which has been slowly capturing the whole market. Accompanied by a few of the other players like Honor, the battle for the best mid-ranger intensifies with every phone that's launched in this budget. Here we will be comparing the Galaxy M20 with the Honor 10 Lite to see who is worthy enough of a showdown against the Xiaomi Redmi Note 6 Pro.

Buyers can choose between 3GB or 4GB of RAM along with 32GB/64GB onboard storage respectively. While the 3GB RAM variant is up for sale at Rs 10,990, interested buyers will have to shell out Rs 12,990 for the 4GB RAM variant.

Out of the two smartphones, the Galaxy M20 is the phone that looks decent while the Honor 10 Lite catches a lot of the eyeballs due to its swanky rear panel. While Samsung and Honor both use polycarbonate for the exterior, the 10 Lite goes a step ahead with the lustrous finishing which is quite reflective. The sides have also been curved a bit towards the edges which makes for a good grip.

The 10 Lite is the thinnest and lightest out of the two at 7.9mm, weighing 162g. Being made from plastic, both the phones are very much vulnerable to scratches, smudges and dents. Having said that, due to the difference in the kind of build, wear and tear marks would easily be visible on the Honor 10 Lite than its Samsung counterpart. 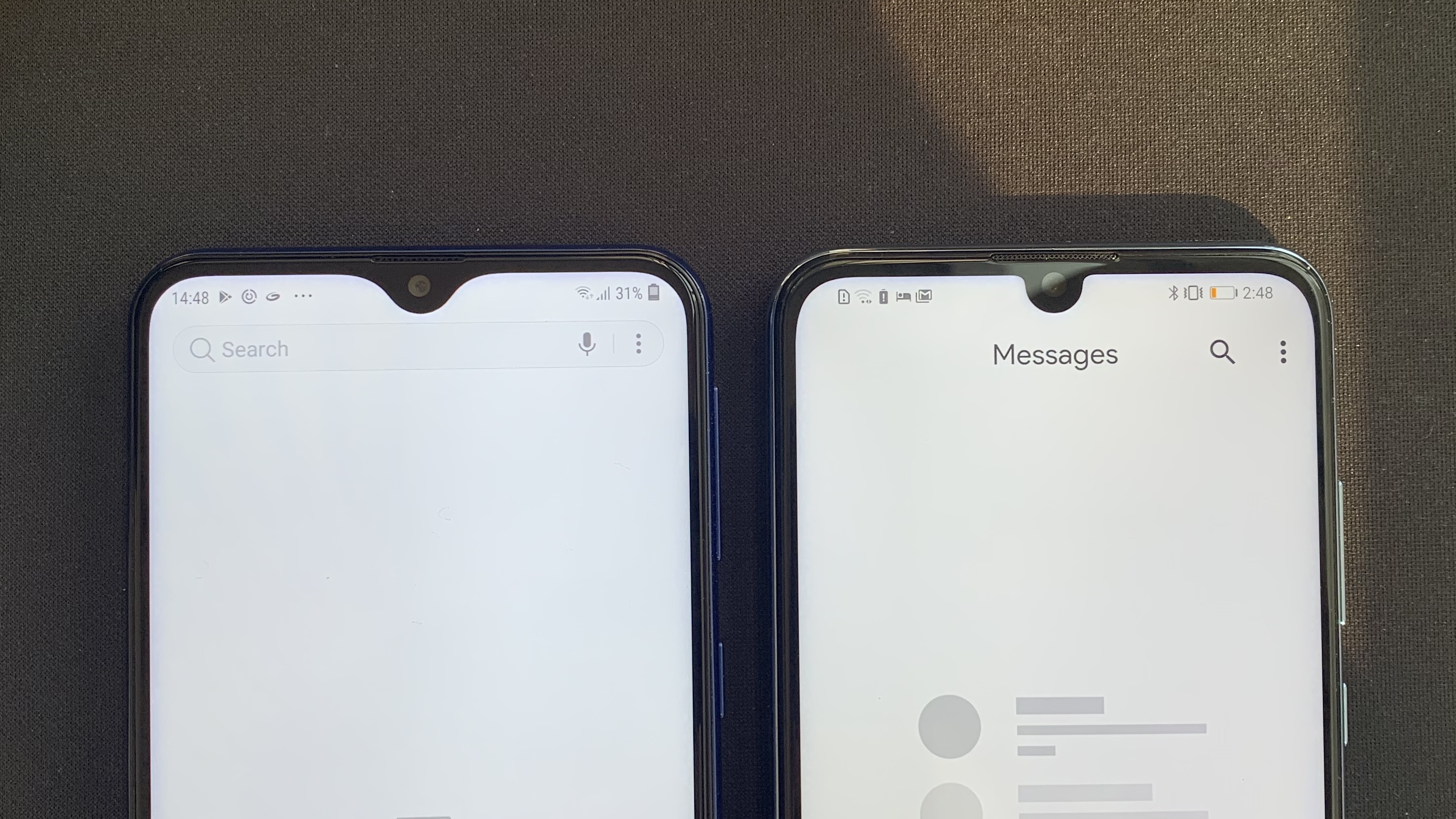 Samsung Galaxy M20 features a 6.3-inch Full HD+ (2340 x 1080 pixels) display while the Honor 10 Lite has a 6.2-inch display. Both the phones have a 19.5:9 aspect ratio due to the waterdrop notch design on the front. The M20’s notch feels a lot more part of the design and the screen than Honor’s implementation of a similar design. The waterdrop notch also allows a relatively larger ~83% screen-to-body ratio than say the Redmi Note 6 Pro which has a standard notch.

While testing out the phones, the display on the Galaxy M20 felt a lot more natural to the eye because of how both the UI and design have been tweaked to feel a part of the phone. The same cannot be said for the Honor 10 Lite. It is a fine display but is unable to match the standards due to the presence of a slight blue overlay and more saturation. Overall, videos and pictures look appealing on the Galaxy M20 while the 10 Lite’s display is very similar to that on the Redmi Note 6 Pro.

In daylight, the pictures created from the Honor 10 Lite were slightly underexposed, oversaturated and lacked details. The M20, on the other hand, created pictures that had a bit more contrast but were well-lit and full of details.

At night, the Galaxy M20 is able to take much more detailed shots albeit with a lot of noise intake. Even the white balance is off the charts on the Galaxy M20 during the night. The Honor 10 Lite is even worse here.

Both the phones have a secondary camera, the one on the Honor 10 Lite is a 2MP depth sensor which assists the camera in creating portrait images. The one on the M20 has an f/2.2 aperture with a wide-angle lens that captures upto 120-degree more scene. This can especially be helpful if one is into photography as there are not a lot of phones in this budget which offers a wide-angle lens.

In regular usage, we found the Galaxy M20’s camera to consistently be better at creating pictures while the Honor 10 Lite left us with a bitter taste. Here, check for yourself.

In terms of on-paper performance, the Honor 10 Lite is outfitted with a more powerful chipset, the Kirin 710. The M20 is powered by Exynos 7904 which is fabricated using a 14 nm architecture process while the Kirin 710 is based on the 12 nm architecture process. Both the chipsets are backed by an octa-core CPU. In the case of Galaxy M20, two Cortex-A73 clusters are reserved for high-demanding tasks clocked at 1.8GHz and six Cortex-A53 power-efficient cores, each clocked at 1.6GHz. 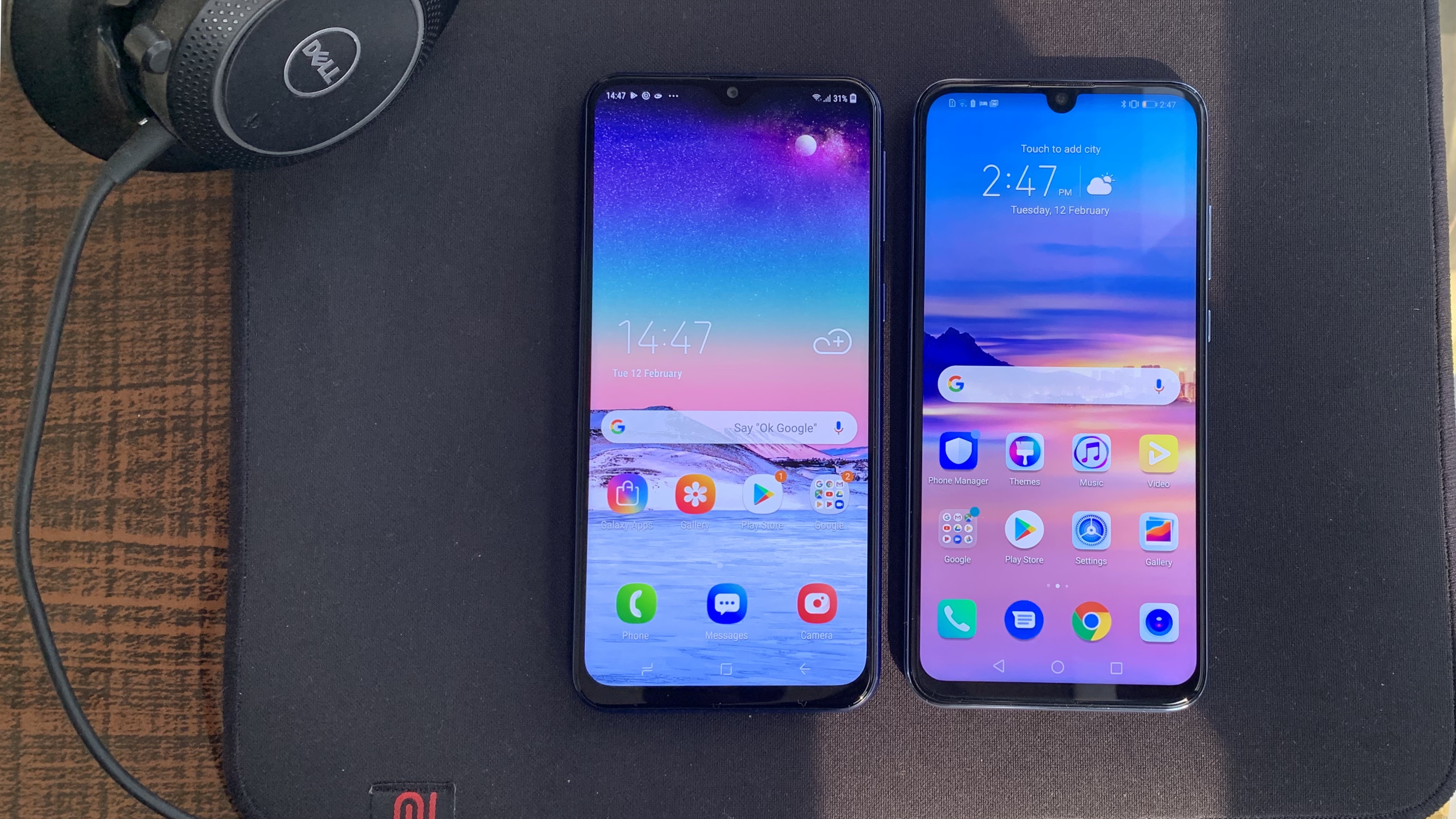 In comparison, the Kirin 710 has four Cortex-A73 cores clocked at 2.2 GHz for more demanding tasks and four power-efficient Cortex-A53 clusters clocked at 1.7 GHz. Just by looking at these numbers, one can expect the Honor 10 Lite to be far superior in performance and it shows in the benchmark scores.

You see, the experience of using the phone is a combination of a lot of things such as system optimizations, animations and general operation speeds. A phone like the Redmi Note 6 Pro is able to provide a very good experience due to the perfect balance between these elements. The same seems to be off in the case of Honor 10 Lite which is marred by the company’s EMUI 9.0 interface which simply isn’t well optimized and hence the phone feels a bit slower in daily usage. PUBG Mobile on medium settings is occasionally met with lags but users can lower down the settings to play the game. 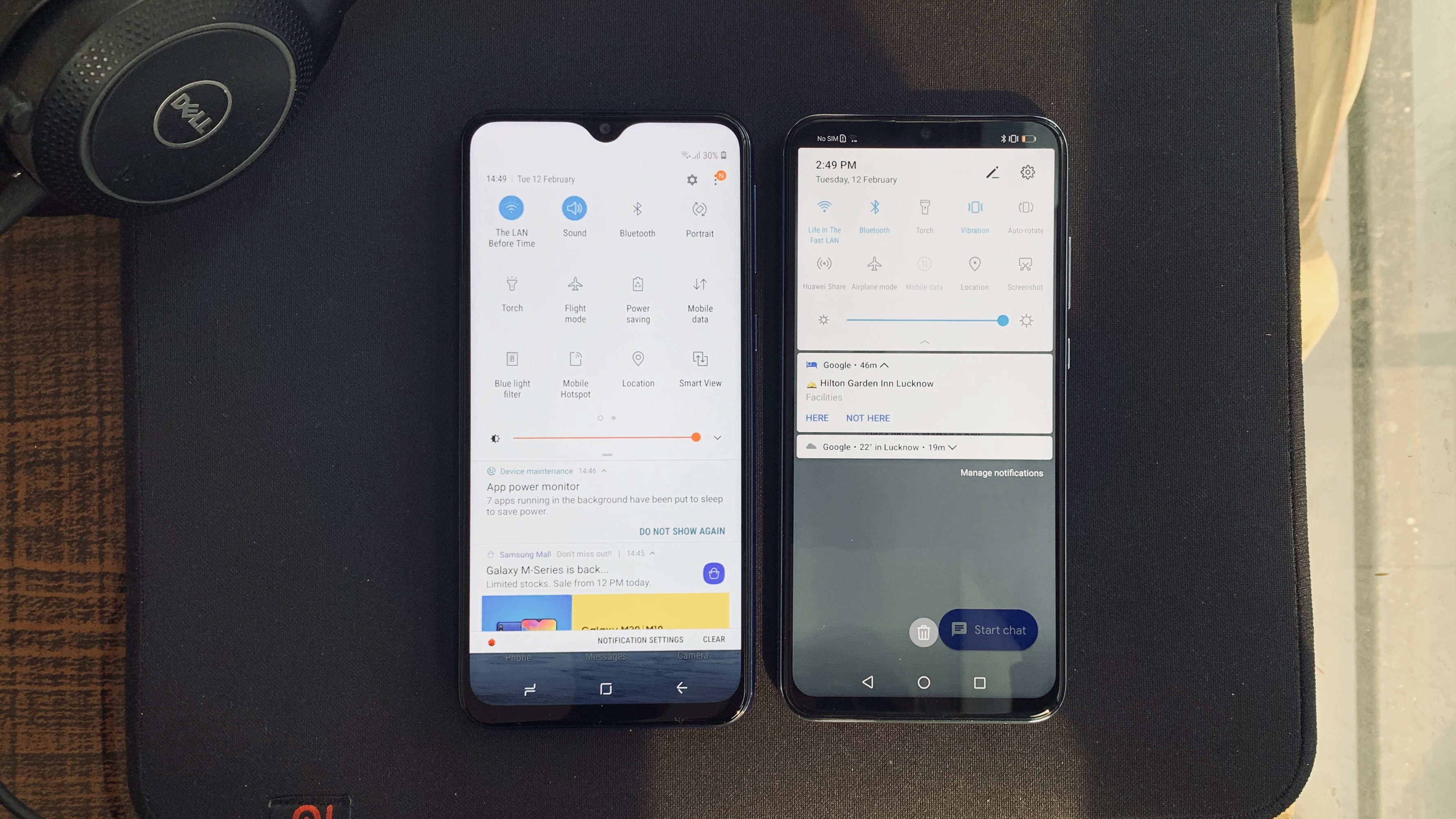 The Galaxy M20 has a 1,600mAh bigger battery capacity than the Honor 10 Lite at 5,000 mAh. Due to a larger capacity, the M20 is simply able to last for longer durations which is not the case with the Honor 10 Lite.

The Samsung Galaxy M20 is an overall better deal than the Honor 10 Lite due to the bright and vivid display, marginally better camera performance against the 10 Lite and better battery management. All of this, coupled with a slick Experience 9.5 UI makes for a really balanced experience which the Honor 10 Lite isn’t able to match up to.

Even though the 10 Lite has got a snazzy look, it isn’t capable to take the Redmi Note 6 Pro head on, which the Galaxy M20 with its balanced performance is worthy of. The EMUI 9.0 is a big letdown in the world of user-interfaces and is what brings down the experience on the Honor 10 Lite.

Samsung should also introduce a 6GB RAM variant of the Galaxy M20 so that users with heavy usage are able to use the phone without hiccups.