Home Uncategorized Dragon Age 4: everything we know so far about the open secret of a sequel Dragon Age 4: everything we know so far about the open secret of a sequel

It's now been more than three years since the release of Dragon Age: Inquisition and although we're still squeezing fun out of the game, we think it’s pretty understandable that fans are getting somewhat inquisitive (sorry) with regards to when we'll hear about the next game in the franchise.

Even though we all knew, on some level, that there would definitely be another Dragon Age game, it was nice to have a confirmation from executive producer Mark Darrah. Whether it will actually be called Dragon Age 4 is up for debate –historical naming patterns in the series meaning it could really go either way – but we can still get excited.

Named or not, now that we know Dragon Age 4 is in the works we think it’s time to start keeping an eye on the latest news, and start building a picture of what the game might eventually look like. So we’ve put together this hub of news and rumors to keep you up to date on the latest news from Thedas.

[Update: Dragon Age 4 is at least three years away, announcement expected at The Game Awards 2018.]

Despite the fact that the game’s development is currently a very open secret, Dragon Age 4 hasn’t actually been officially announced by BioWare.

Back in May 2017, writer Alexis Kennedy revealed that he was working on a part of the game’s story in an interview with Eurogamer. This part of the story, he revealed, is “well-segregated from other parts of the game”. At this point in time, the game was still clearly in the very early stages of development.

A later report from Kotaku suggested that some of the Dragon Age development team had been pulled off the title to focus on creating Anthem.

In addition, a recent report by Venture Beat suggests Dragon Age 4's release date is at least three years away and a title for the fourth installation hasn't even been chosen yet "according to sources familiar with the studio".

According to a report by Venture Beat (and understood to be correct by Eurogamer), it's likely we'll get some sort of announcement regarding Dragon Age 4 during The Game Awards 2018.

Regardless of whether or not BioWare had confirmed it, Dragon Age fans were pretty certain that another game was going to be in the works. Partly because they had faith in the power of their sheer force of will and partly because over the last couple of years there have been hints from BioWare that something would indeed be happening. It’s the secret that was never really a secret.

The most recent non-official confirmation has come from executive producer Mark Darrah, who tweeted in January 2018 that he’s working on both Dragon Age as well as BioWare’s next big IP, Anthem.

Though he’s now left the company, BioWare veteran Mike Laidlaw was tweeting that there was still another couple of games in Dragon Age series yet back in mid-2017. Even before that, Alexis Kennedy became the writer that launched a thousand headlines after comments he made in an interview with Eurogamer were taken as a semi-official confirmation of the game’s existence and his place in it.

In the interview Kennedy teased that he's been "given considerable autonomy to work on a storyline bit of lore which is well-segregated from other parts of the game.“

”I don't want to exaggerate the degree of the chunk [I'm writing],“ Kennedy he was at pains to add. ”It's nothing that grandiose, but it is distinct. It's a bit of lore which has not been addressed much to date in Dragon Age.“

Every game in the Dragon Age franchise has had a heavy emphasis on story and character and fans will be glad to know that Dragon Age 4 isn’t likely to be any different.

After Mark Darrah tweeted that he was working on the game, BioWare general manager Casey Hudson chipped in with his own elaborative tweet. In this tweet he said it was “too early to talk details” but the game would be “story & character focused.”

It’s not clear whether this will be a brand new standalone game or whether it’ll continue on directly from Inquisition. Certainly, the end of Inquisition's Trespasser DLC suggests there is a story thread to follow with Solas, which would see the Inquisitor chase the elf down to stop his plans.

We already know there are writers working on lore and side quests, following Alexis Kennedy’s interview with Eurogamer in 2017 in which he confirmed he was working on a part of the game that’s “well-segregated” from the rest and focuses on some lore that’s not been widely addressed.

Kennedy, who has worked on titles such as Sunless Sea and Fallen London, said the subject matter would not be surprising to those familiar with his work. To us this implies that his quest (or quests) will include thoughtful choices, themes of tragic love and desire and an underlying sense of unease.

In the January 2018 Kotaku report on Anthem and Dragon Age, it was mentioned that sources had informed Kotaku that Dragon Age had been “rebooted” in order to implement more “live elements” into the game. 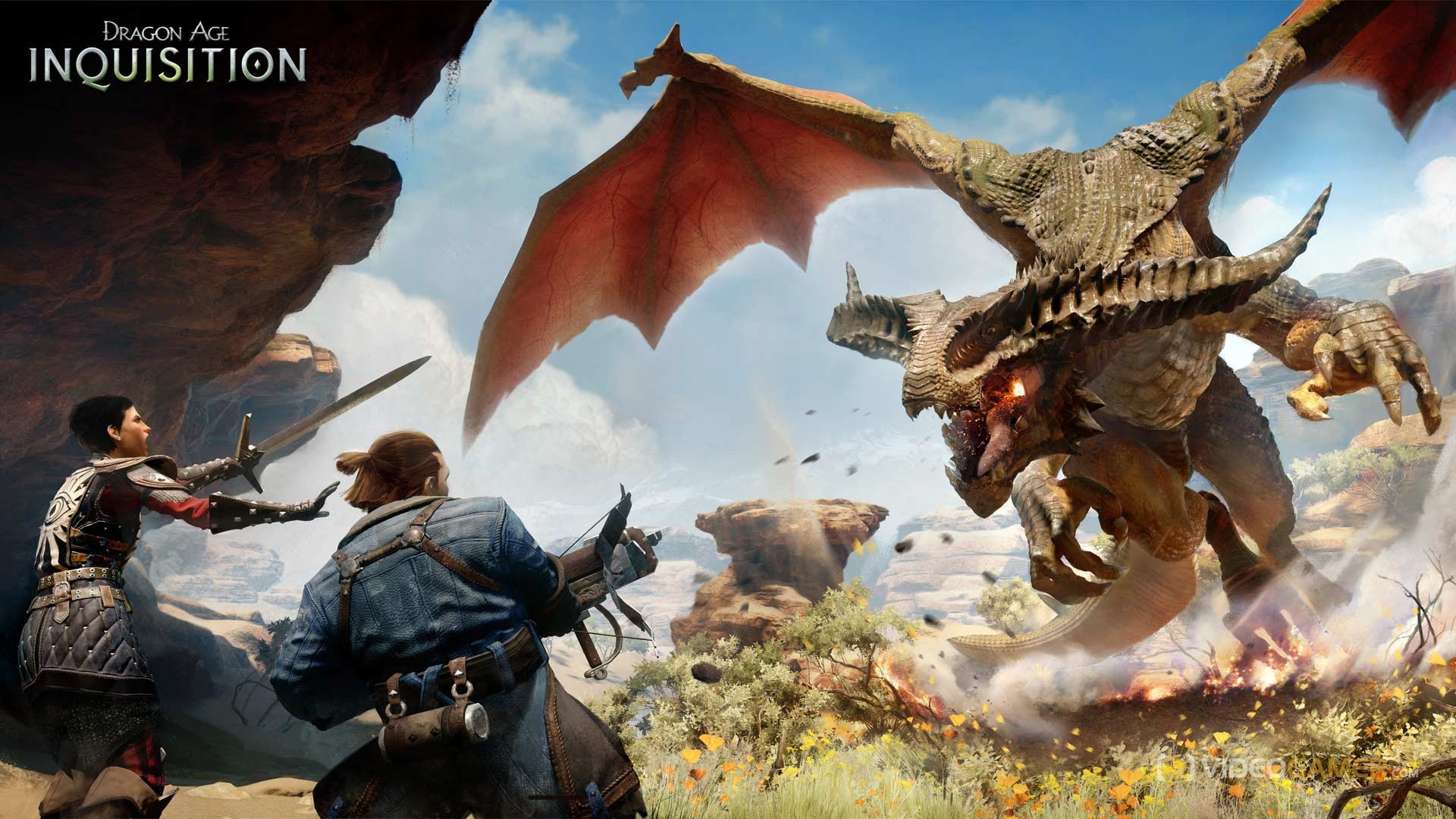 Naturally, there was some fan panic in response to this given EA’s increasing penchant for service-based games. Fans expressed concern that BioWare was going to take the Dragon Age series down a Destiny 2, always-online multiplayer route.

That doesn’t appear to be the case, however. In his tweet, Casey Hudson also stated that the “live” elements being considered are actually ways of continuing the game’s story after the main story has been completed. This is something we’ve already seen in games such as Assassin’s Creed Origins.

We hope that the next Dragon Age game has a map similar to the one in Dragon Age: Inquisition, by which we mean we hope it's big and open without being overwhelming. It was the perfect follow-up to the closed and repetitive maps of Dragon Age 2 and we’d like this approach to continue. 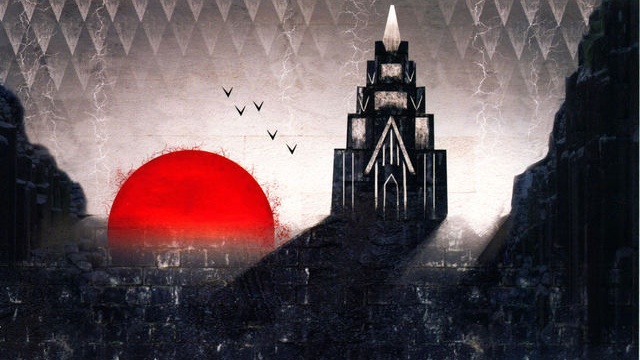 There’s one very notable part of Thedas that players have yet to be allowed to explore and that’s the Tevinter Imperium. Once the most powerful nation in Thedas, the Imperium is a shadow of its former self. Its history, stratified social structure and maintenance of a magocracy would make it an immensely interesting and different part of Thedas to allow players to explore, while allowing the franchise to continue to explore themes of social injustice, power and prejudice.

The fact that the area is references throughout other Dragon Age games is enough to make us think it’s a viable setting for Dragon Age 4. However, the ending of Dragon Age: Inquisition’s Trespasser DLC makes us think it even more likely, as it sees the Inquisitor stab a dagger into a map of the Imperium with a vow to track down Solas.

Our previous point brings us to this one – we’d really like that Solas storyline to continue to be explored. He’s the perfect focus for the next game and the player’s approach to him is the perfect narrative crux.