Microsoft has released a new Windows 10 19H1 build for people who are signed up as Windows Insiders on the Fast Ring, which means they get a chance to test out upcoming Windows 10 updates before they are officially released.

While Microsoft hasn’t had the best track record of late with its Windows 10 updates, we remain cautiously optimistic that for those of us who aren’t signed up as Windows Insiders will see this update, and the changes it brings, soon.

This update brings some tweaks to the interface, as well as usability improvements to some classic features of Windows.

First of all, the File Explorer icon has been updated, and it now looks better when used with Windows 10’s new light theme.

The update also makes the Download folder sort files by date they were downloaded by default. This is a handy move, as it makes it easier to find recent downloads in a folder that can often get crammed with unhelpfully-named files.

The Start menu has also seen improvements, and users will be able to quickly unpin groups and folders that have previously been pinned to the Start menu. By pinning a folder or group, it remains in the main part of the Start menu for easy access. By being able to right-click and select ‘Unpin’, users can now more easily organise the Start menu. 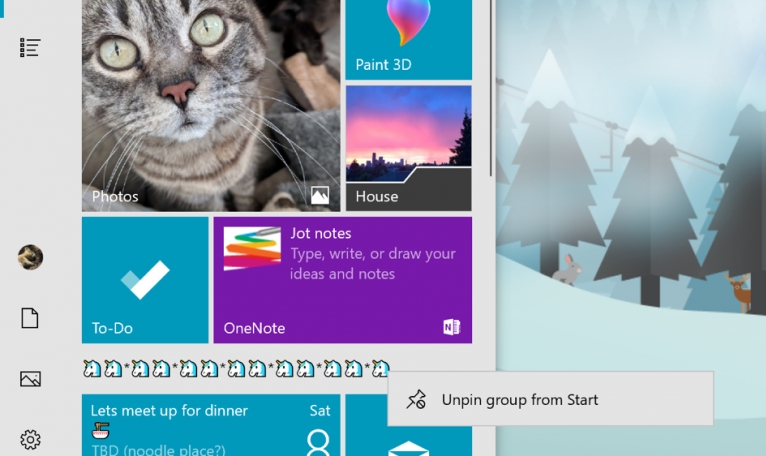 The new build will also make typing on a touchscreen much better, which will be good news for people who have a Windows 10 tablet and use Windows 10’s Touch keyboard to type.

The Touch keyboard should now be more accurate for fast typers, with Microsoft revealing that “we will now dynamically adjust the hit target of each key, based on prediction of what letter most likely will be typed next”.

Narrator, the Windows 10 tool that reads what’s on screen for people with visual impairments, has also been improved, with a new Narrator Home window that groups together all the tools and settings when you use Narrator.

Windows stalwarts Console and Notepad have seen improvements that make them easier to use and more useful than ever before.

Build 18298 also consolidates sign-in options in an improved Sign-in options window, so it should be easier to set up how you log into Windows 10 and various other services.

There’s a huge range of other improvements, including a new Gallery mode in the Game Bar, which can be read in Microsoft’s extensive changelog.

If you are a Windows Insider and want to test out the new features, check the Windows Update app to download the latest build. For the rest of us, we’ll have to hold tight until the new year, but this early version at least gives us an idea of what Windows 10 has in store for us in 2019.