Oculus is a big name in virtual reality (VR), and the company’s headsets offer attractive entryways into VR for just about anyone.

The two current Oculus headsets are the Oculus Rift and Oculus Go.

While both can put you into a virtual world and let you immerse yourself in it, they’re largely different platforms, offering different experiences.

The Oculus Go is an affordable, standalone device that makes experiencing VR as easy as ever.

The Oculus Rift is a premium device for the VR fanatic who wants full immersion and is willing to pay a higher price for the headset and a powerful PC connected to run the experiences.

Here, we’re going to dive into the key differences between the two headsets, what each offers and which option will best suit your interests.

One of the biggest and most noticeable differences between the Oculus Rift and Oculus Go are their respective prices. The Oculus Go starts at just $199 for a model with 32GB of built-in storage and an included controller. A model with 64GB of storage is also available for $249. These both come in well below the $399 price tag on the Oculus Rift.

While the Oculus Rift does come bundled with two sensors, two touch controllers and seven free VR apps – Lucky's Tale, Medium, Toybox, Quill, Dead and Buried, Dragon Front and Robo Recall – the price doesn't the PC needed to power the headset . The minimum specs for a PC powering the Rift aren’t terribly high, but it’s still an extra expense on top of the headset. And, to get the best experience, a more powerful computer is a good idea.

Lucky for you, we’ve managed to build one for less than $700.

What’s this mean for you? If you don’t already have a moderately powerful gaming PC, getting up and running with an Oculus Rift could cost around $1,200 for the combined purchase of a PC and headset.

The Oculus Go is completely standalone, so it doesn’t require any other hardware to operate. While you’ll have to pay extra for games and apps, there are also plenty of free experiences available. This means once you’ve paid the $199 or $249 for the Oculus Go, you can get into VR without any other expenses. 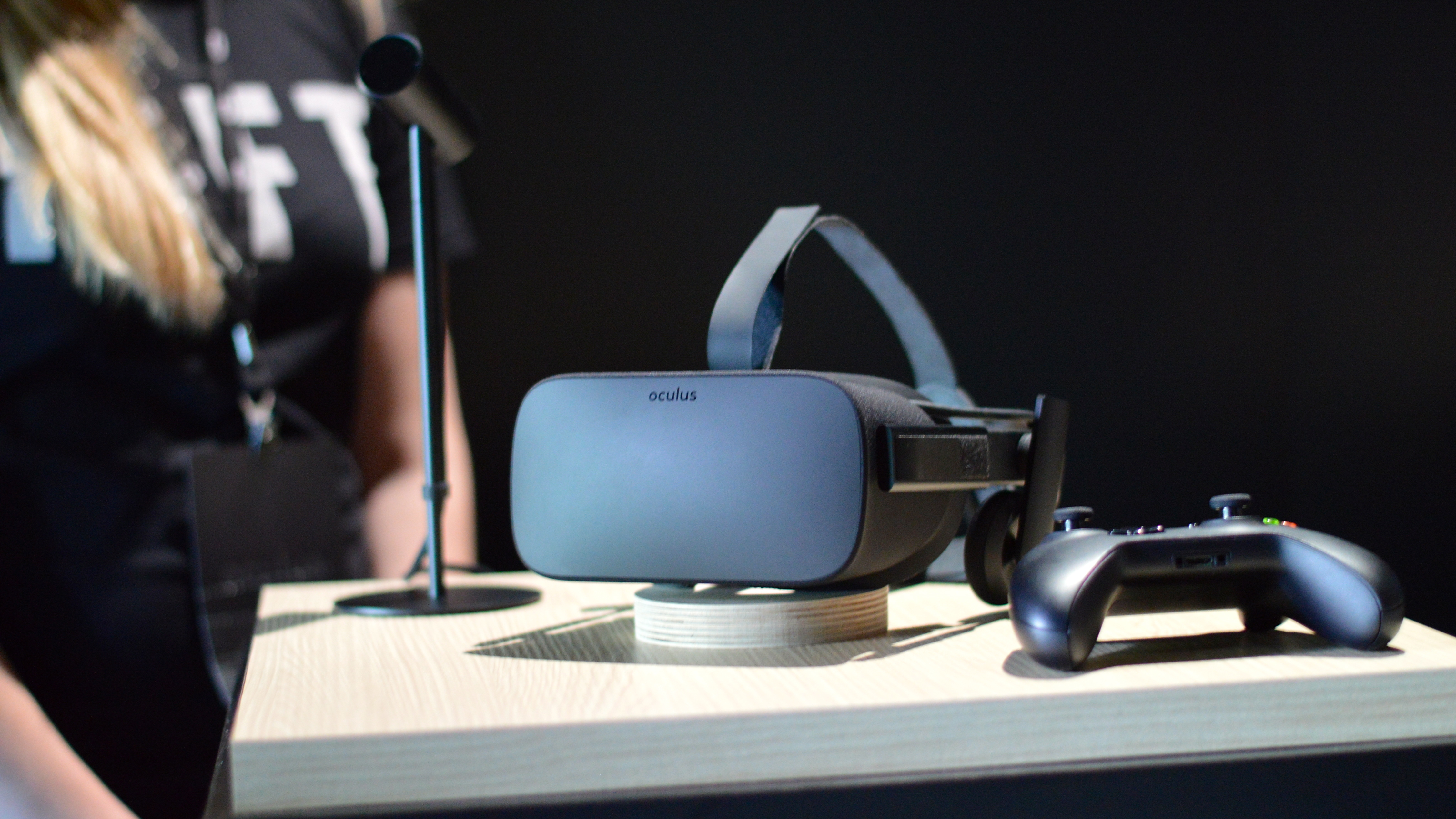 Of course, with the different prices, you should expect two fairly different headsets.

The Oculus Go features an LCD display inside the headset with a resolution of 2,560 x 1,440 pixels. It’s important to have a high resolution in VR, because your eyes will be close to the display, and being able to see space between pixels can detract from the experience.

The screen can run at 60Hz or 72Hz, meaning the screen can display up to 72 images per second, creating the smooth visual experience that’s important for VR. The headset itself is powered by a Snapdragon 821 mobile chipset, like that found in many smartphones. An internal lithium ion battery offers up to two hours of gaming and up to 2.5 hours of video playback. Built-in speakers and a microphone complete the package, with a 3.5mm headphone jack available for private listening.

What all this adds up to is crisp VR content with decently smooth visuals. The headset uses built-in sensors to detect rotational movement of your head, and then it correspondingly adjusts your view in VR. This basic VR tracking is called inside-out tracking and is ideal for seated games and apps.

You are effectively stationary within the VR space, though you can turn and look around in any direction (this is called 3DOF, or 3 degrees of freedom). Meanwhile, the controller acts as a pointer in the VR space.

The Oculus Rift has slightly lower-resolution OLED screens, pairing two displays for a total resolution of 2,160 x 1,200. These still offer a clear picture, and they can refresh the image up to 90 times per second. While that 90Hz refresh rate is helpful for incredibly smooth VR, the ability to offer that smoothness is linked to the power of whatever PC is tethered to it.

Built-in headphones and a microphone offer clear audio and easy chatting in VR. The Rift is connected to the computer using a split HDMI and USB 3.0 cable, so there’s no battery required, meaning you can enjoy VR without time limits. You can also share your view on the computer’s monitor for friends to see everything you see.

The appeal of the Oculus Rift is in its outside-in tracking and 6DOF: the Rift uses multiple external sensors that track the position of the headset and touch controls in a 3D space, letting you not only adjust your view by rotating your head but also by moving around within space.

By tracking the controllers, you’re also able to manipulate objects in VR as if you were using your own hands. The immersion this offers is incredibly impressive, but it requires more space to move and set up multiple sensors. 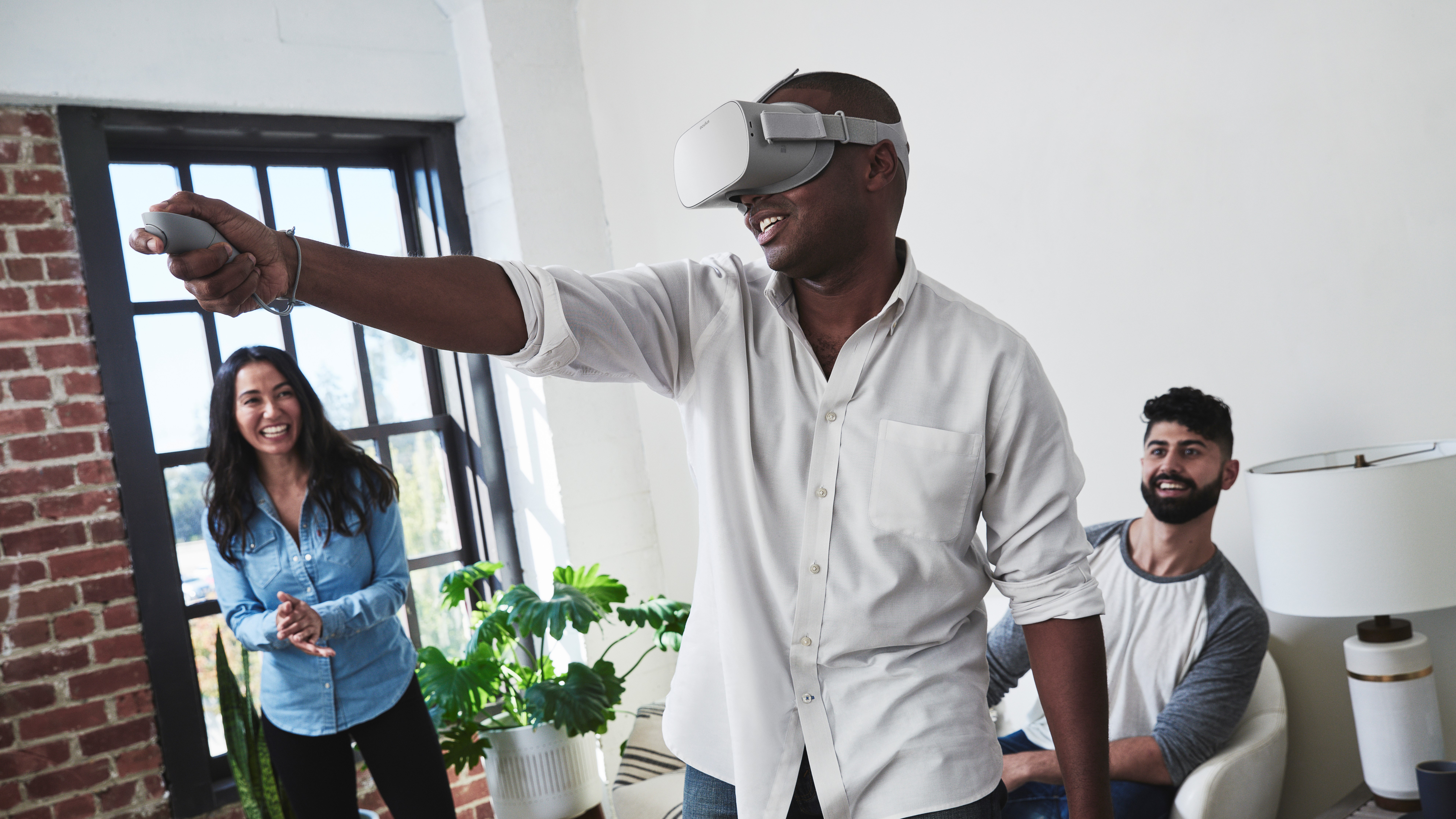 Differences in what you can play

Because the Oculus Rift and Oculus Go offer those different styles of tracking and degrees of freedom, the experiences they can offer you are different.

As we noted, the Oculus Go is nicely suited to seated experiences where you won’t be moving around so much as looking around. It can handle 360-degree video well. This doesn’t mean there aren’t cool games and experiences, though. Some of the games that come out on the Rift also get versions that will work on the Oculus Go.

By nature of the 6DOF and hand tracking, the Rift can offer some more advanced games. We’ve seen some major video game studios release VR versions of their most popular games, such as Fallout 4, The Elder Scrolls V: Skyrim and Doom VFR. The tricky thing here is that, to play some of these games and have a good experience, the developer may suggest an even more powerful PC than Oculus does.

So, with the Oculus Go, you’ll readily be able to enjoy whatever apps are available for the hardware. Meanwhile, for the Rift, you’ll need to make sure your PC hardware is strong enough for the games and apps you’re hoping to run. 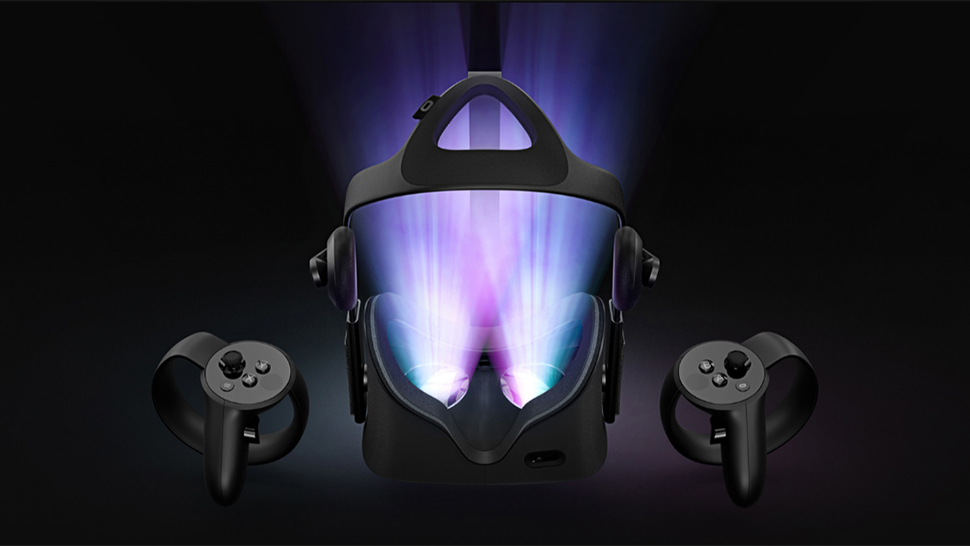 Is one of these VR headsets for me?

The Oculus Go and Oculus Rift are compelling options for two different audiences.

The Oculus Go is a strong option for casual VR fans looking to have access to VR games and apps wherever they go. It’s an option that’s simple and affordable. Whether it’s your first step into VR or you love VR and want something that’s easy to share with friends, this is a fine option.

The Oculus Rift is for the VR enthusiast. The higher price doesn’t deter you, and you have or plan to have a powerful PC. If you believe that 6DOF in VR is a must, then this is the headset that can deliver.

Now, if you feel like you fit somewhere in the middle of those two audiences, you’re not entirely left out. Oculus actually has a new headset coming up in early 2019, called the Oculus Quest, that will offer standalone capabilities like the Oculus Go combined with 6DOF, power profile and hand tracking similar to the Oculus Rift.