Alongside the launch of its Lumix S1R and S1 full-frame mirrorless cameras, Panasonic has confirmed full details of the three pro-oriented L-mount lenses it promised back in September.

The trio is the first addition to the lens stable the accompanies the company's new S-series cameras, although the bodies themselves are set to work with Leica’s existing L-mount lenses and the optics Sigma is currently developing for the system.

The triplet also makes it clear that there will be two levels within the series. The more junior lenses carry the ’S’ moniker, while the ’S PRO’ alternatives are said to "push the boundaries of optical performance further for approval against Leica’s stringent standards.” Panasonic is set to develop lenses for both lines in the coming year, although it has stated that its focus will be on the S PRO side.

All three lenses are designed with dust-and splash-resistant housings that complement the similar level of protection offered by the Lumix S1 and S1R, and each has a focus clutch mechanism that allows for easy switching between autofocus and manual adjustment. Panasonic has also designed these lenses with video recording in mind, stating that each optic has been engineered to suppress focus breathing during recording.

The first lens in the trio is the LUMIX S PRO 50mm F1.4, a wide-aperture prime lens, and currently the only fixed-focal-length lens in the lineup.

The optical array features 13 elements spread across 11 groups, with two aspherical lenses and three extra-low-dispersion elements among them. Panasonic clearly has a lot of confidence in its optical prowess, stating that it delivers “stunningly high resolution and incredible sharpness from centre to corner even when used wide open.” Furthermore, the use of 11 diaphragm blades should help to deliver natural bokeh and smooth focus transitions. 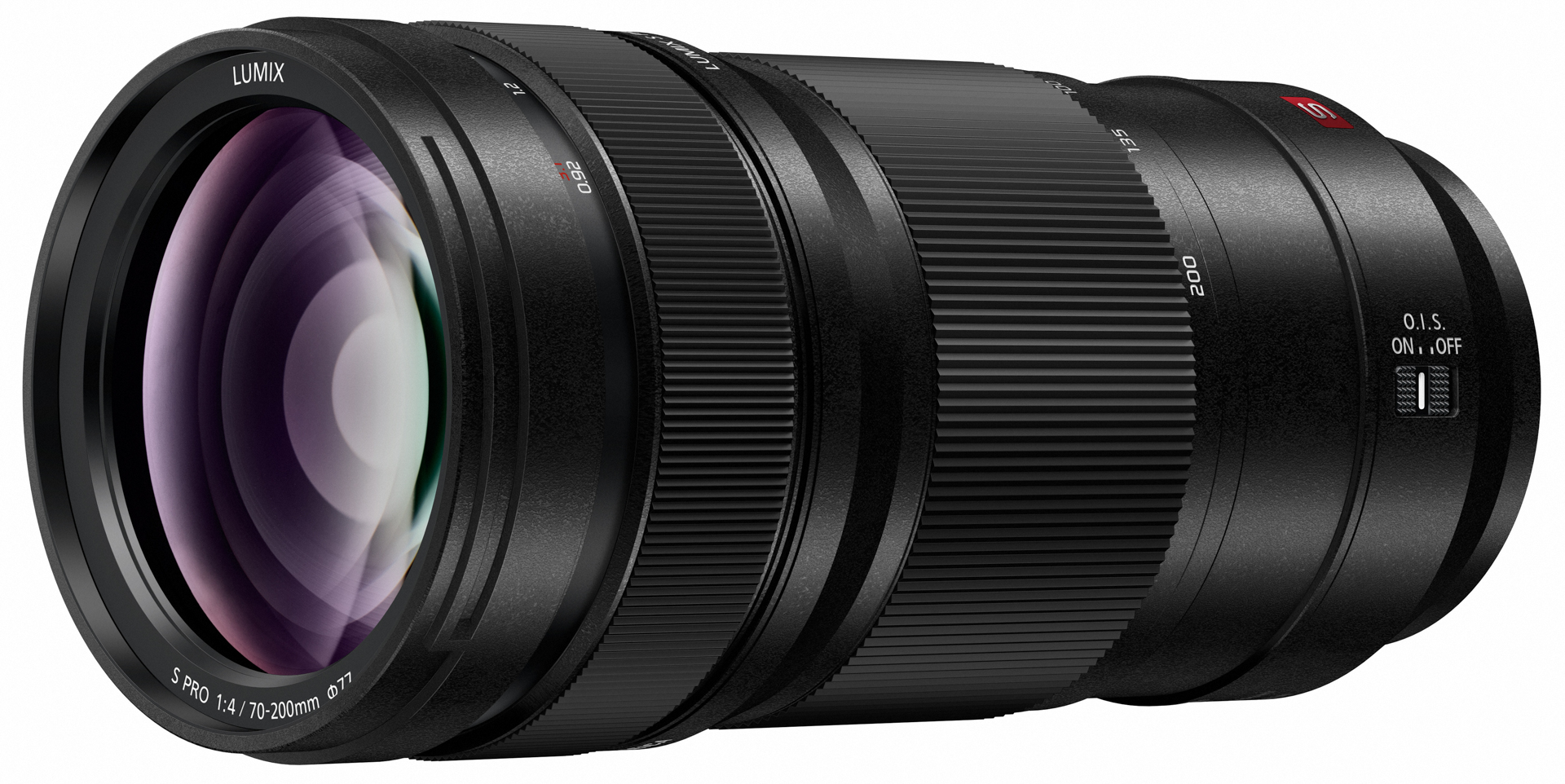 The second lens, the LUMIX S PRO 70-200mm F4 O.I.S., is aimed at sports, portrait, wildlife and action photographers. Designed with 23 elements arranged over 17 groups, the optic boasts three extra-low dispersion elements and a single piece of aspherical glass, together with a nine-blade diaphragm.

Unlike the lens above, however, it also incorporates its own two-axis image stabilisation system, which works in concert with the body-based stabilisation inside the S1 and S1R. This combination, known as 5-Axis Dual I.S. 2, claims to provide up to six stops of image stabilisation, and Panasonic points out that this is a first among full-frame mirrorless systems. 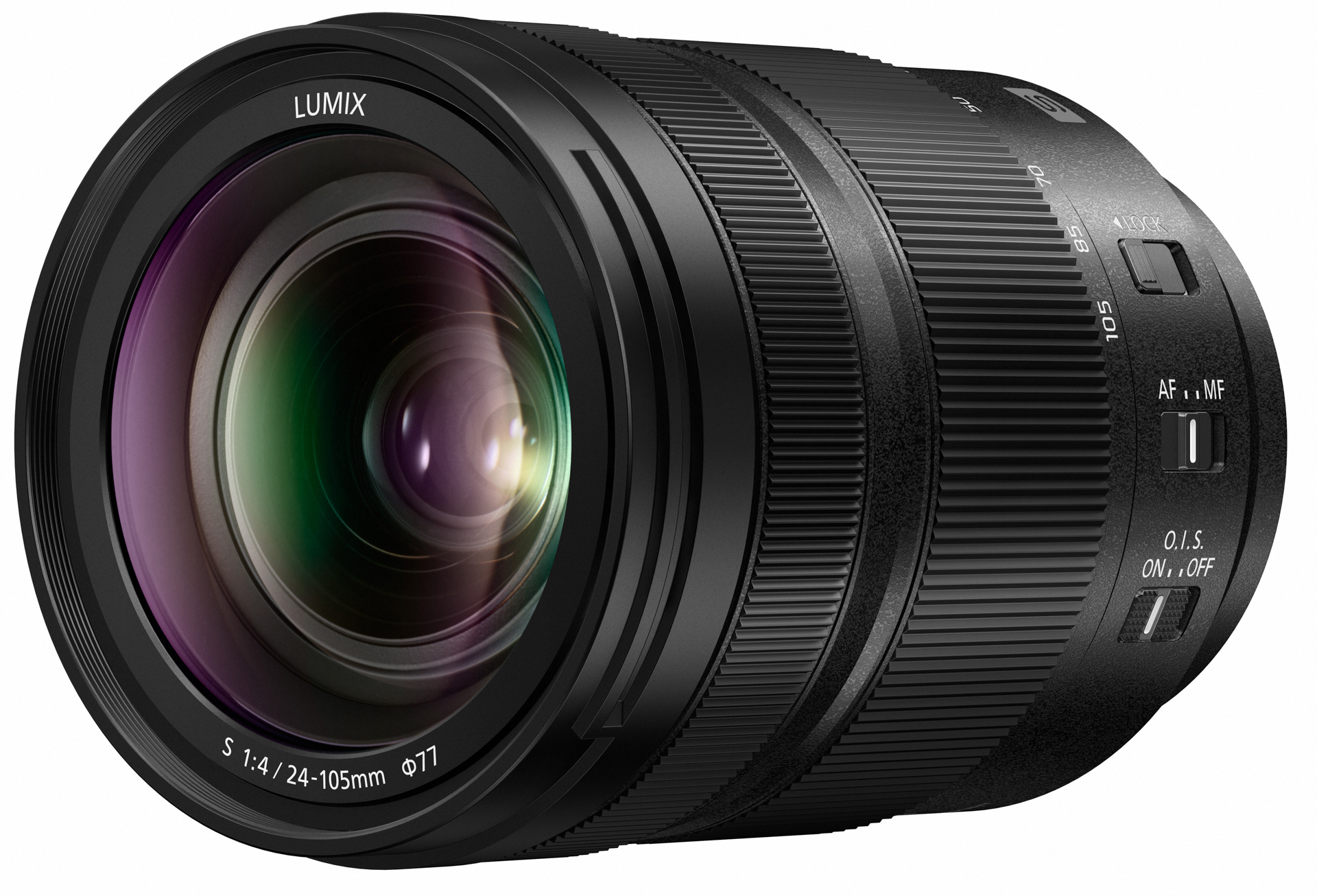 The final lens is the LUMIX S 24-105mm F4 MACRO O.I.S., which joins the above optic in offering a six-stop image stabilisation system when used with the S1 and S1R bodies.

It features a slightly less elaborate 16-element/13-group design, which includes two aspherical lenses and two extra-low dispersion elements. While not technically a true 1:1 macro lens, its 0.5x magnification and 0.3m close-focusing capability makes it more appropriate for shooting closer to the subject than the other two optics.