While it probably won't land before late February, we've already heard a lot about it and even seen some leaked images seemingly showing the phone. From that we can tell that this could be very different to the Samsung Galaxy S9 Plus, with a new design and numerous new features.

You'll find full details on all of that below, as well as information on the possible release date and price. We'll also be sure to update this article whenever credible information emerges, so be sure to check back here regularly if you want to keep up to date on the Samsung Galaxy S10 Plus.

An announcement there has been rumored more than once and on top of that the Samsung Galaxy S9 range landed at MWC 2018, so it seems likely. More specifically, it might land a day or so before the event formally kicks off, as Samsung often holds press events in advance of MWC.

Of course, there's no guarantee that this is where we'll see the S10 Plus, especially as Samsung doesn't always use MWC to announce new entries in the range, and as one source reckons the phone could arrive at CES 2019 in January.

But if not at MWC then certainly sometime within the first few months of the year, as there’s around a year between each model.

We've now had a good look at the possible design of the Samsung Galaxy S10 Plus, thanks to some leaked renders shared by OnLeaks (a reliable leaker).

The renders, which you can see below, show a cut-out in the screen for a dual-lens front-facing camera. But despite that cut-out there are still bezels above and below the display, though these are admittedly small.

The images also show a triple-lens camera on the back (check the camera section below for more information on this), a 3.5mm headphone port on the bottom edge, a curved display and what looks to be a metal frame and glass back, shown here in both black and ‘Ice Blue’.

That screen apparently has a QHD resolution, according to this source, which more or less lines up with a benchmark for one of the S10 models, which lists the phone as having a 1440 x 3040 resolution and a 19:9 aspect ratio.

We've also heard more than once that the screen might be 6.4 inches, though at least one rumor puts it at 6.2 inches, so we're not at all certain of the size yet.

As for the pinhole camera in the pictures above, there's plenty of evidence for that. In fact, Samsung itself has announced a screen with a pinhole camera, dubbed the 'Infinity-O', though hasn't said what devices this display would be used for. A patent filed by the company also shows such a design.

Another source has also said that at least one of the S10 models will have a "punch hole" camera, along with three rear cameras and an ultrasonic in-display fingerprint scanner. So there's a high chance that the camera will indeed be built into the screen.

As for that ultrasonic in-screen fingerprint scanner, that's another Galaxy S10 Plus rumor we've heard about plenty of times. Several phones such as the OnePlus 6T and Huawei Mate 20 Pro already have in-screen scanners, so it wouldn't be surprising if Samsung stuck one on the Samsung Galaxy S10 Plus.

More than just being in-screen though, this is rumored to be a third-generation ultrasonic scanner from Qualcomm, which should be more secure than most in-screen scanners, as many are optical, meaning they take a 2D scan of your print, while ultrasonic ones capture a 3D picture.

However, while it might gain an in-screen scanner, the Galaxy S10 Plus could lose the range's iris scanner, according to multiple reports. Though face scanning is likely to remain.

And while the renders above are our best guess for the design of the Samsung Galaxy S10 Plus so far, there are some other possibilities.

Samsung has also announced a screen with seemingly no notch, no significant bezel and no pinhole for the camera, so there's a chance that will be used. You can see how that might look in the image below, though we’d take this picture with a huge side of salt – it's one of the older Galaxy S10 leaks and another source has suggested it's inaccurate.

We've also seen multiple images of a screen protector supposedly for the Galaxy S10. This is likely for the standard model rather than the S10 Plus, but the two phones will probably have a similar design and you can see here too that there's seemingly a bezel-free look.

Though in the case of these screen protectors it's always possible that they just didn't bother making a cut-out for the camera, since the protector is transparent anyway.

Whatever the look of the phone, it's sure to be different to the S9 range, as Samsung's mobile division CEO has said to expect a "very significant" makeover.

There could also be some different colors on offer. As well as the ones pictured above, we've also heard rumors of grey, blue, red, green and yellow shades, while Samsung itself may have hinted at silver, green, black, blue and red shades in a presentation.

Multiple sources have claimed that the Samsung Galaxy S10 Plus will have a triple-lens rear camera. More specifically, a report has said that the phone will have a 12MP f/1.5-f/2.4 variable aperture lens, a 16MP f/1.9 aperture lens with a 123-degree field of view, and a 13MP f/2.4 aperture lens.

The Galaxy S10 Plus is also thought to have a dual-lens front-facing camera. That's a claim we've heard more than once, and in the renders above you can see both three cameras on the back and two on the front.

That would make for five cameras total, but one of these reports even talks about a Samsung phone with six cameras, though it's not clear if this is part of the S10 range and we’d take that with a pinch of salt.

The exact specs of the Samsung Galaxy S10 Plus will probably depend on what country you're in, as Samsung typically gives US buyers a Snapdragon-powered handset and those in most other countries an Exynos one.

The Samsung Galaxy S10 Plus is thought to be no exception, and Samsung has announced the Exynos chip likely to be powering it in much of the world. Dubbed the Exynos 9820, this is an octa-core chipset built on an 8nm process, making it smaller than its 10nm predecessor.

It's said to offer up to 20% better single-core performance, up to 15% better multi-core performance and up to 40% better power efficiency than the Exynos 9810 powering the Samsung Galaxy S9 range. 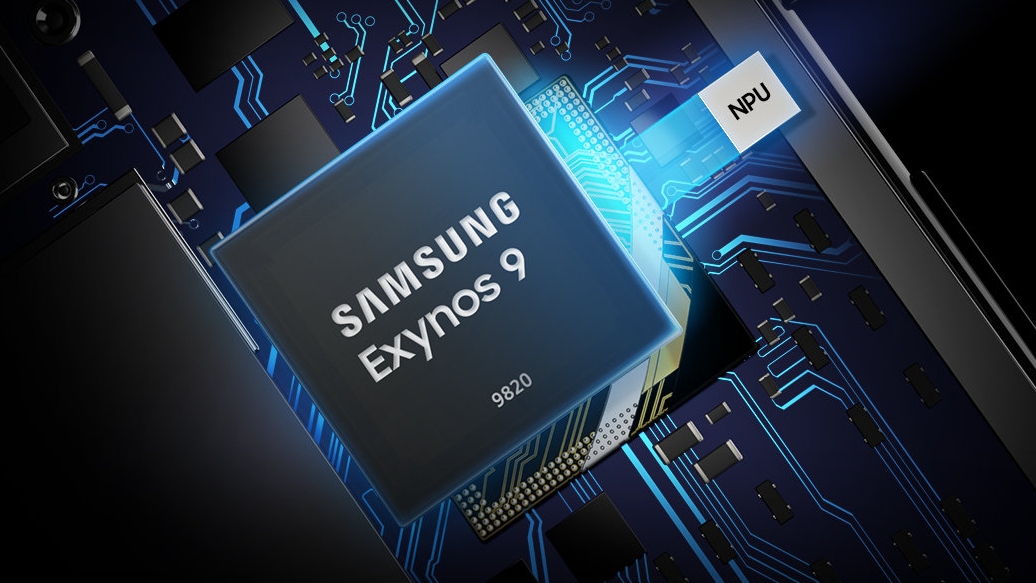 It also apparently delivers 10% less power consumption, and the GPU is said to provide up to 40% better performance or up to 35% better power efficiency.

Those are some impressive numbers and they don’t end there. The Exynos 9820 also supports mobile download speeds of up to 2Gbps, 8K video recording at up to 30fps and displays of up to 3840 x 2400 or 4096 x 2160. It also has a NPU (neural processing unit), which can apparently carry out AI tasks up to seven times faster than the previous Exynos chip.

Good as all that sounds though an early benchmark for the chip, seemingly running in a Samsung Galaxy S10 Plus, revealed a score that’s lower than the iPhone XS and the rest of Apple’s latest handsets, though it was still higher than any current Android phone. 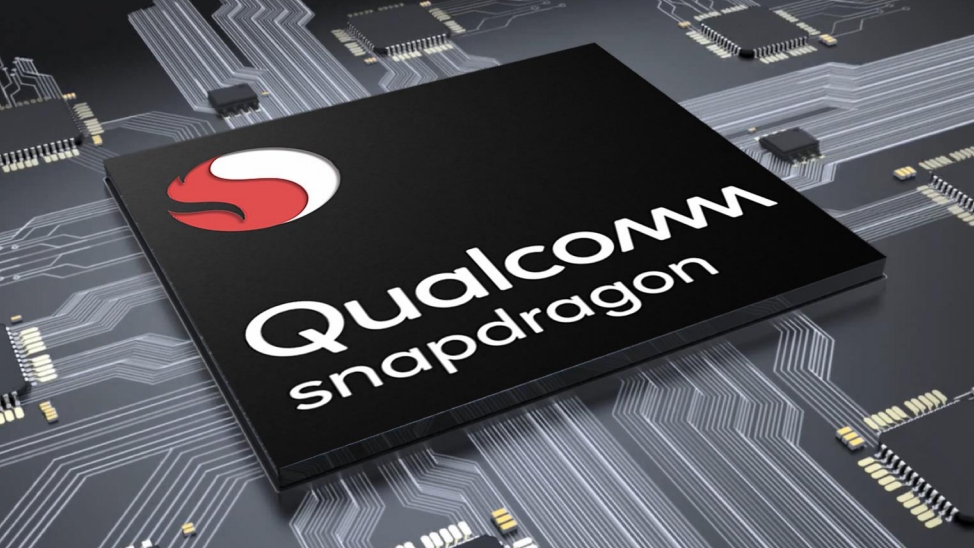 This has also been subject to an early benchmark, and it scores not just higher than the Exynos 9820 but higher than any other handset, including Apple's.

It's said to have three sets of cores – four 1.78GHz power-saving cores, three 2.42GHz high-end cores and one 2.84GHz 'gold' core. It also apparently supports 5G, has a dedicated NPU for AI tasks and offers all-round performance boosts, with a particular focus on gaming, augmented reality and photography.

As for RAM, one report puts that at up to 12GB, along with up to 1TB of storage, but in both cases that would be more than any other phone, so we’re not at all sure of that.

What we might get is an 8GB RAM chip that Samsung itself has announced and which can reduce power consumption by up to 30% and has a data rate that's apparently 1.5 times as fast as current flagship RAM chips. Though notably this RAM hasn’t been linked specifically to the Galaxy S10 range just yet.

Storage could be faster too, as Samsung is set to start using UFS 3.0 storage early in 2019. This both takes up less space than current storage in phones and is up to two times faster.

If Samsung does use that then presumably the smallest storage size of the Galaxy S10 Plus will be 128GB or higher, up from 64GB in the Galaxy S9 Plus, as this UFS 3.0 storage starts at 128GB.

We have a good idea of the software that the Samsung Galaxy S10 Plus will run too. It will use Android of course, almost certainly Android 9 Pie, but Samsung has announced a new One UI which is likely to be laid on top of that.

One UI is particularly focused on making it more comfortable to interact with large phones using one hand, which should be useful on Samsung’s plus-sized flagship.