Home Uncategorized The best ebook readers for Australians in 2019 The best ebook readers for Australians in 2019

Even for the most ravenous of book lovers, dedicated ebook readers can be a fairly easy idea to dismiss. After all, if you've got a modern big-screen smartphone or a tablet, it's dead simple to just download Amazon's Kindle app to get your ebook fix.

According to a 2014 report from the Stanford Center for Teaching and Learning, however, the way we read on our smartphones and PCs is different from how we read on paper. Thanks to the internet, we've trained our eyes to skim and dart around on screens, constantly hunting for the information we're after – a non-linear behaviour the Stanford paper calls 'surface reading'.

When reading from a paper book, by contrast, our brains switch to a more concentrated form of information processing – dubbed 'deep reading' – and it's a mode that actually helps us better absorb and comprehend what's on the page.

To us, that sounds like a great argument for giving books their own space, away from the distractions of apps and constant notifications on our modern do-all devices.

And while there's certainly something irreplaceable about curling up with a good hardcover or paperback, nothing beats the convenience of a digital device when it comes to size and browsing for new books – but with a dedicated ebook reader, you can arguably have the advantages of both.

By design, they're a simpler device made for the singular purpose of reading – and they have advantages too, such as batteries that last weeks rather than hours, and much-clearer legibility in direct sunlight.

Here are the best ebook readers you can buy today:

Amazon's original Kindle Oasis has been around for a while now, a premium ebook reader that dropped jaws with its unconventional design – where one side is considerably thicker than the other – and rather outlandish price; in Australia, the Kindle Oasis launched at a jaw-dropping $449.

Amazon’s second-gen Oasis ups the ante on its forebear in numerous areas and this is a redesign that, by and large, has definitely been worth it.

With an aluminium body and a matte-finish glass panel to cover its high-res, 7-inch E Ink display (adding an inch over its predecessor), the new Oasis has an almost iPad-like feel that's both classy and durable. It’s also the first Kindle to include water-proofing, where it beats most flagship smartphones with an IPX8 rating.

And yet despite those improvements, the price is also more palatable in Australia, dropping $60 to a slightly more reasonable $389 for the 8GB model – although opting for the bigger 32GB model will still set you back $529.

The asymmetrical design gives you a nice big holding area on one side of the display and thin bezels everywhere else. Swap from holding the Oasis in your left to right hand (or vice versa) and the screen orientation automatically flips around to accomodate. The two dedicated page-turning buttons have a super-satisfying and reassuringly-stable click when you press them, and that 7-inch, 300dpi display is gorgeous too, rendering text and images with the same sharp and smooth results we saw on the first Oasis.

There’s another neat new trick underneath the Oasis’s hood, too: Audible audio-book support. There’s a big caveat, though, in that you can only output audio via Bluetooth – there are no inbuilt speakers or a 3.5mm headphone jack, so you’ll need to have a wireless speaker or set of headphones to use it.

Amazon has added a new optional viewing mode, letting you reverse convention and have white text on a black background, which should help reduce the amount of blue light being bounced into your eyes.

You still can’t borrow library ebooks in Australia if you're a Kindle user. Our libraries use the Overdrive system, which the Kobo range of readers support, but Kindles do not. There’s also no native integration with a read-it-later service, like Kobo has with Pocket, although you can email stories or use a free service like Pocket 2 Kindle to achieve this.

Kobo's new Clara HD ereader is more than capable of giving its direct competition – Amazon's Kindle Paperwhite – a run for its money. Priced $40 cheaper than its Kindle counterpart, the Clara HD manages to outperform Amazon's most popular ereader in almost every area that matters.

Key among those is the screen. The Clara HD's 6-inch front-lit display matches the Kindle for sharpness (both are 300ppi) but integrates a blue-light filter which uses your timezone to automatically change screen brightness at night to reduce your exposure to sleep-disrupting blue light. It fits that display into a compact body that's lighter than the Paperwhite, making it easier to slip into just about any bag.

Cover art and text are rendered at a higher DPI (dots per inch) on the Clara HD than other older Kobo ereaders, making them appear significantly sharper in comparison. The Clara HD also introduces a new 'rapid page turn' engine which allows you to quickly move forward in an ebook by holding down the bottom left corner of the screen. The slight caveat is that this feature only works with KEPUB ebooks, ie the ones bought directly from Kobo.

The responsiveness of the new E-Ink screen was also much faster and more precise than we're used to seeing on either Kindle of Kobo ereaders, which makes things like text selection for dictionary lookup (or highlighting and note-taking) much less hit-and-miss than before. It also has wireless Overdrive functionality, so you can browse and borrow from your local library's ebook collection directly on the device.

With battery life that lasts a couple of weeks, the Clara HD is a feature-packed device with a display that's the best-in-class for an ereader at this price point. 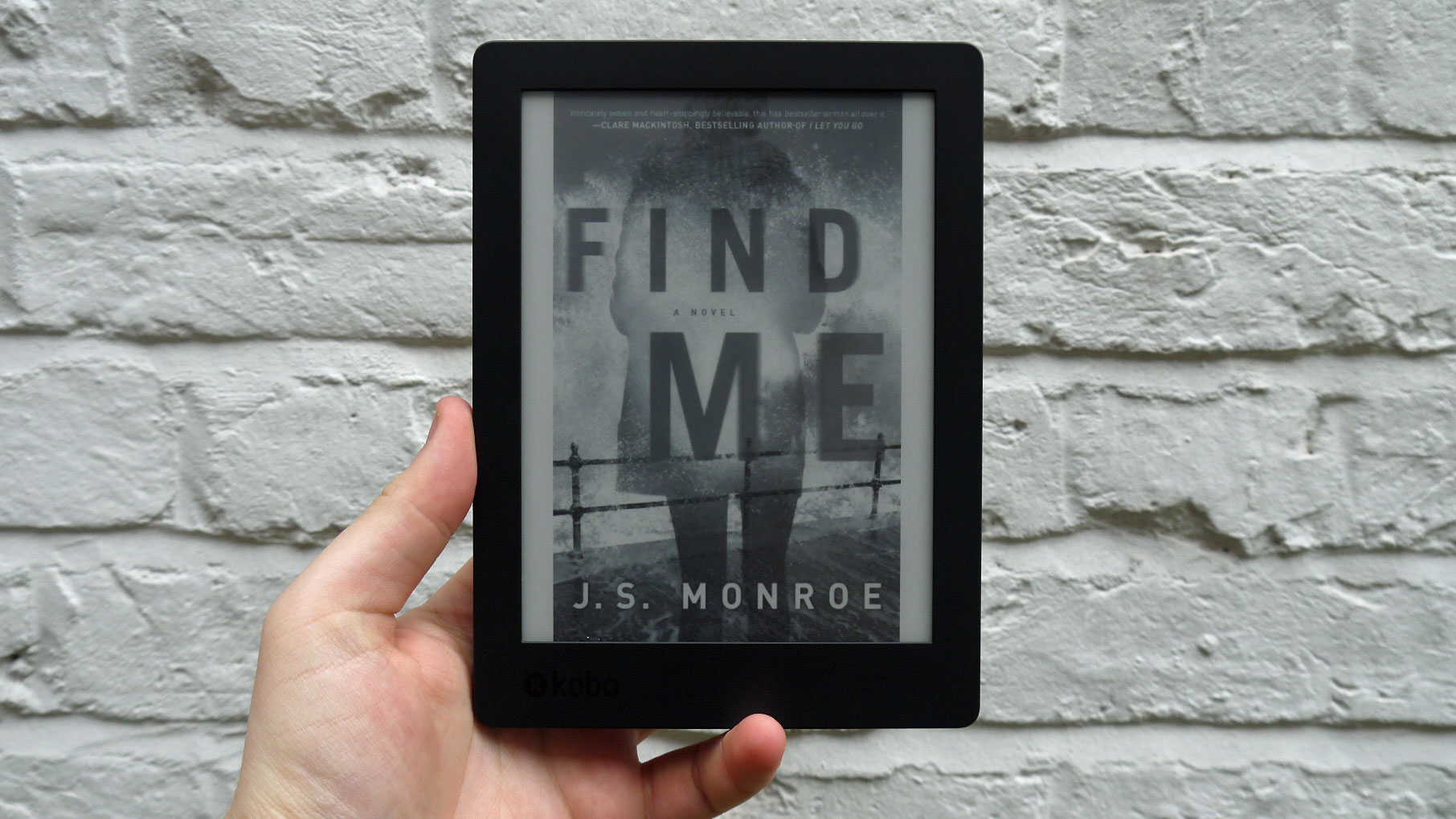 Kobo beat Amazon in the race to launch a waterproof ebook reader by releasing the first iteration of the Aura H2O way back in 2014. It wasn't just splashproof, it had complete waterproofing, in case you dropped it in the bath or in the pool.

The Kobo Aura H2O Edition 2 adds to the revolutionary features of the original model, for the same price of $239, to become a rather formidable competitor in the ebook reader market.

Continuing the waterproofing trend, the Aura H2O Edition 2 comes with IPX8 waterproofing, beating most smartphones in the market today, despite the charging port not being covered (like in its predecessor).

The addition of ComfortLight PRO means the e-reader's backlight will change colour as the day progressing – daytime reading's blue light exposure will gradually reduce, changing to a warmer yellow hue.

Kobo has retained the previous Aura H2O's solid build in the second iteration, although it is still thicker than the Aura One at 8.9mm. It boasts a screen resolution of 1440 x 1080, making words appear clear and sharp, even at maximum font size.

Battery life is also rather good and should last an entire week, although charging it back up to full capacity does take a while.

And, like the outgoing model, the Aura H20 Edition 2 is easily customisable in terms of fonts, margin widths and justification, adding to a great user experience. 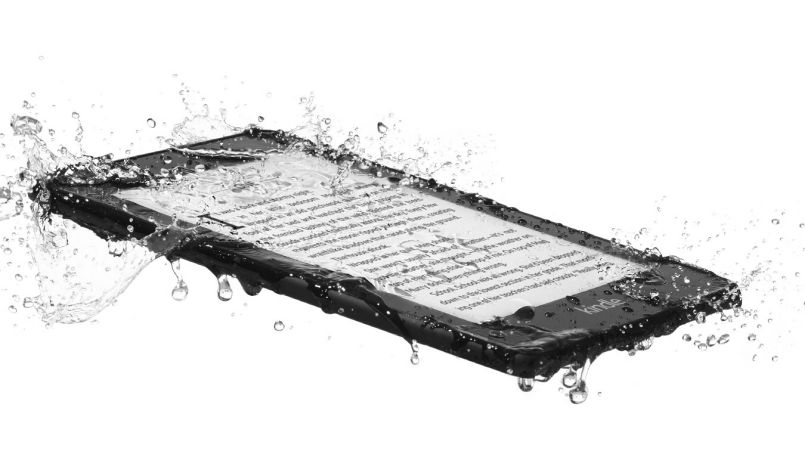 Amazon may have discontinued the waterproof Kindle Voyage, but the tech giant has taken everything that's good in the Oasis and produced an affordable all-new Kindle Paperwhite that's not waterproof as well.

The Paperwhite has always been Amazon's most popular Kindle offering, and the new version also comes in at the same price point as the predecessor. However, there is a 32GB version as well, for those who need plenty to read and then some.

While the new Paperwhite might feel plasticky in the hand, it's comfortable to hold but can get a tad grubby with fingerprints on the rear. The bezel sit flush with the screen and resembles the new discontinued Kindle Voyage.

It shares the same display as the original Paperwhite – a 6-inch screen with 300 pixels per inch resolution. The brightness, however, has been improved, but not enough for anyone familiar with the older model to notice too much.

The biggest improvement on the new Paperwhite is audiobook integration. You can now listen to your Audible titles on the ereader by using a set of Bluetooth headphones or a wireless speaker. If you happen to have the ebook version in your library, you can seamlessly switch from one to the other without losing your place.

What all Kindles lack is support for library-lending in Australia, or the ability to read ebook files beyond Amazon's own formats (mobi and azw3) and PDF. That does limit the third-party stores you can buy ebooks from, which generally use the ePub format.

Still, at $199 the Wi-Fi version is a reasonable deal – although we'd steer clear of the $369 Wi-Fi+4G model. At that price, you might as well spend the extra $20 and get the better Kindle Oasis instead. 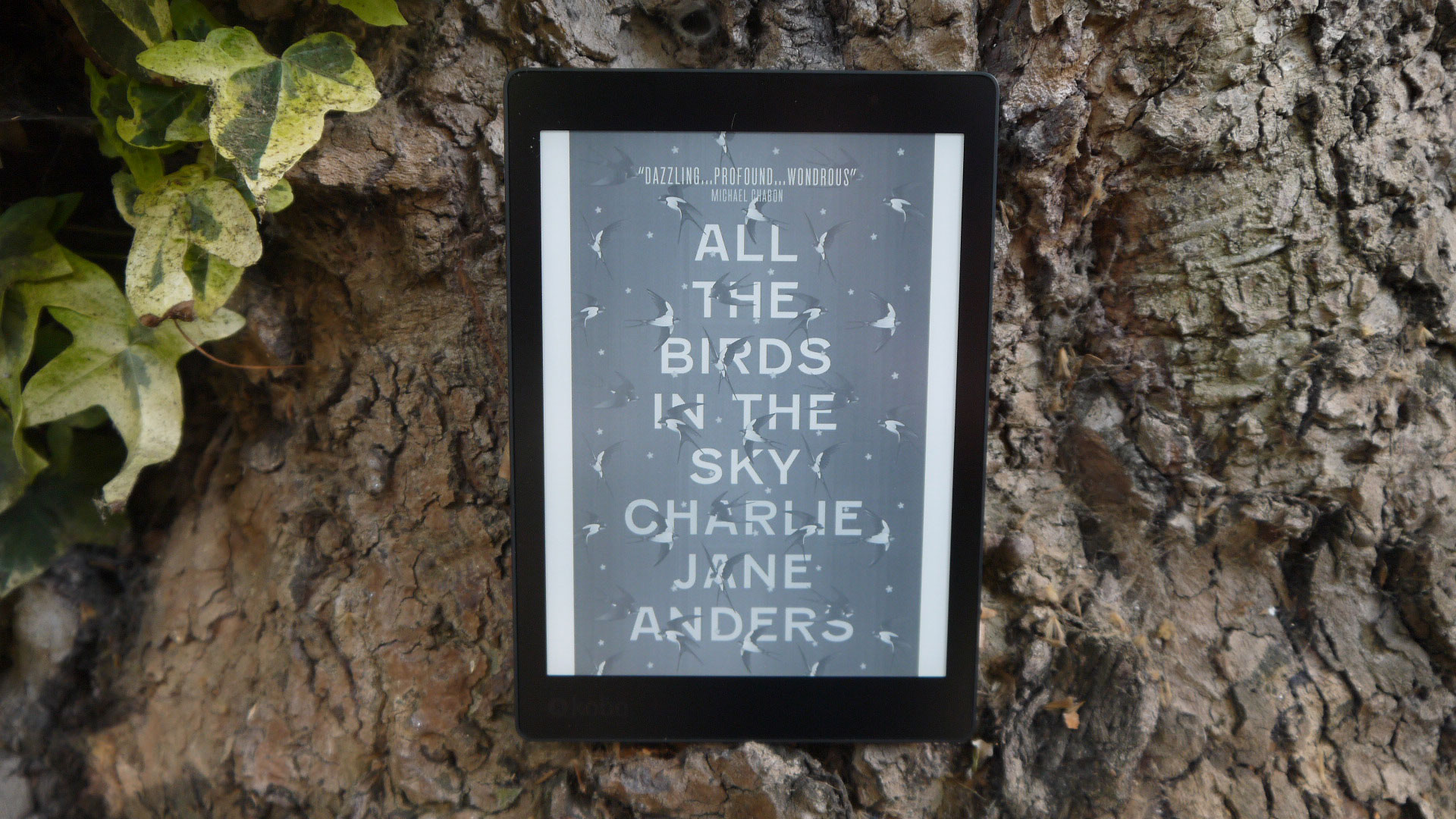 The Kobo Aura One might cost a whopping $350 but it is undeniably one of the best ereaders money can buy, with Kobo doing more than just improving its older basic models.

Compared to the 6-inch standard, the Aura One gives you a spacier 7.8-inch display that’s also at a higher 300dpi resolution (or 1,872 x 1,404 pixels), rendering text nice and crisp right down to the tiniest of font sizes.

You also get ample storage space (8GB), plus waterproofing, so you can safely read by the pool or in the tub. The inbuilt backlight has been improved with an orange-hue option that's less disruptive to sleep.

The One is also more enjoyable to hold and use, thanks to its more modern design language. And despite its size, it’s a tad thinner and lighter than the H2O, and all the corners are now comfortably rounded.

Combined with a textured rubber back, it’s easier to grip and hold up for prolonged reading.

On the software side of things, not a lot has changed from the H2O. There are still lots of options to customise font types and sizes, as well as margins, and all the exclusive features we love – like the ability to sync with Pocket (so you can easily read saved web articles in more comfort, whenever you like) and support for the OverDrive ebook lending platform (which is widely used by Australian libraries) – are still in place.

If the One has a main flaw, it’s that it doesn’t feel as robust or well-built as last year’s Aura H2O – which is frankly a bit of a tank – or most current Kindles for that matter.

On top of that, the bigger screen and new backlight seemingly team up to drain the battery more quickly than before. That said, we think that’s a fair trade off for the added screen size and general reading comfort.

Unfortunately the Aura One isn't widely available any more – you will have to get it straight from Kobo online – but if you are going to spend that kind of money on a premium ereader, you're better off waiting for the Kobo Forma.