The already low Samsung Galaxy Tab A prices make it a tempting purchase all year around. But as we get nearer the Black Friday and Cyber Monday deals, the prices continue to fall even lower.

Good news, we sorted through all of the major online retailers (and even smaller ones) to determine where the biggest price drops have occurred.

There's a lot to like about these deals simply because the Tab A is unlike other cheap tablets that flood search engines. Samsung's Galaxy Tab A range is one we can fully recommend as one of the finest budget tablets around as the performance and quality puts similar tablets to shame. Many other big name manufactures have seemingly abandoned tablets nowadays thanks to smartphones muscling in on their territory so it's great to see Samsung still proudly flying the Android tablet flag.

We get it. Tablets aren't as popular as they once were, but we still enjoy the larger screens for casual web browsing, gaming or catching up on a bit of Netflix. That's not going to change. The Samsung Galaxy Tab A tablets sit nicely in the middle between the much more expensive iPad 'deals', or the cheap Amazon Fire tablet deals, with the latter not supporting apps from the Google Play Store. So let us show you the best prices for both the 7-inch and 10.1-inch Samsung Galaxy Tab A deals.

Seven inch tablets are the ideal size for most people, offering a screen bigger than smartphones (although some are getting close to this size now!) but still being comfortable to hold in one hand while reading or watching video. The nonslip backing ensures it won't be sliding out of your hand either.

The Galaxy Tab A is also a great size tablet to take with you out of the house on your commute or on your hols. And with a battery that lasts up to 11 hours between charges, you'll be doing just that as much as you want and be able to leave the charger at home if you're only out for a day or two. 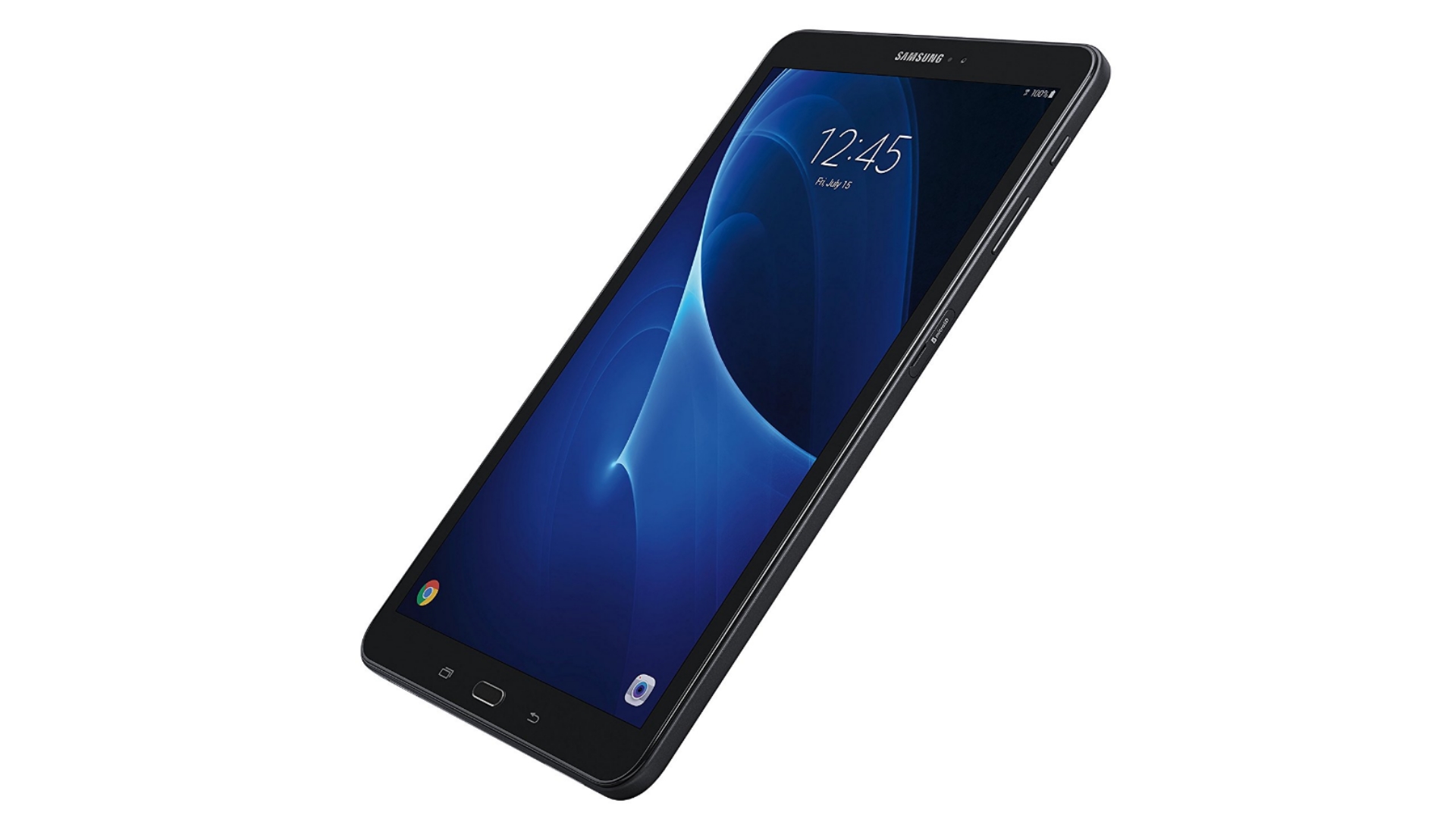 If you fancy a larger version of the Samsung Galaxy Tab A, check out the latest prices for the 10.1-inch version below. If you're planning on watching more video content, then this could be the one for you as the bigger screen is great for films and TV shows.

It's not just a bigger tablet though, the screen resolution is improved over the smaller version and you're getting 2GB of RAM instead of 1.5GB which should make multi-tasking and overall performance a bit smoother for the more demanding apps and games out there.