We’re reaching a point where combustion engines can’t be made any more efficient or cleaner, and that’s why car makers are looking at alternate technologies to ensure an environmentally-friendly future. While some car manufacturers have gone down the route of full electric vehicles, Toyota doesn’t believe in investing all its resources into just one technology.

One particular technology that Toyota is committing itself to is Hydrogen Fuel Cells, which takes in hydrogen from a tank in the car and oxygen from the air outside to form a chemical reaction that generates electrodes to power the car. The resulting chemical reaction has only one waste product – clean water.

We were invited to the Toyota office in Dubai to experience all of this first-hand with the new Toyota Mirai which uses both hydrogen and electric power. Although the Toyota Mirai is a production car that is on the roads in Japan and parts of Europe, it’s still in a test phase in the UAE. Toyota is initially targeting government and the transportation sector where this technology makes more sense, rather than the retail consumer.

The Mirai can be filled up with hydrogen instead of petrol, and takes about as long to fill up as a standard fuel tank on a regular car. The current model of the car has a tank capacity of 4.5kg that, according to Toyota will allow about 500kms of driving on a single tank. It makes sense for Toyota to target the public transportation sector with the Mirai as you don’t need to wait half an hour for the car to charge which eats up into profits.

Another argument that Toyota is making against full-electric cars is that the battery powering such cars takes up the biggest cost, and has a lifetime of about a decade. Obviously a lot depends on conditions such as how often and how much you drive, as well as the climate of the country.

But it’s not just all electric cars that Mirai needs to compete against. Hybrids with combustion engines such as Toyota’s Camry can offer significant gains in terms of mileage- upto 26kms/litre which, judging by current hydrogen prices, provides double the range of what the Mirai can offer at similar costs. It’s obviously not as clean as Hydrogen but many businesses prioritize profit margins over eco friendliness.

Our experience of driving a Mirai wasn’t much different than driving a regular car, which is what Toyota was aiming for. The car is obviously much quieter, but not to the extent of a Tesla. It’s also nowhere near as powerful as a Tesla but our guess is that Toyota wasn’t going for the performance crown with the Mirai. That being said, it did have more torque than you’d expect.

A small screen in the car shows energy consumption or regeneration while you’re driving the car or braking. At slower speeds, we could see the car running purely on the battery but stepping on the accelerator showed the hydrogen fuel cell being utilized. Applying the brakes showed the battery recharging itself using kinetic energy – a standard affair in electric and hybrid cars. 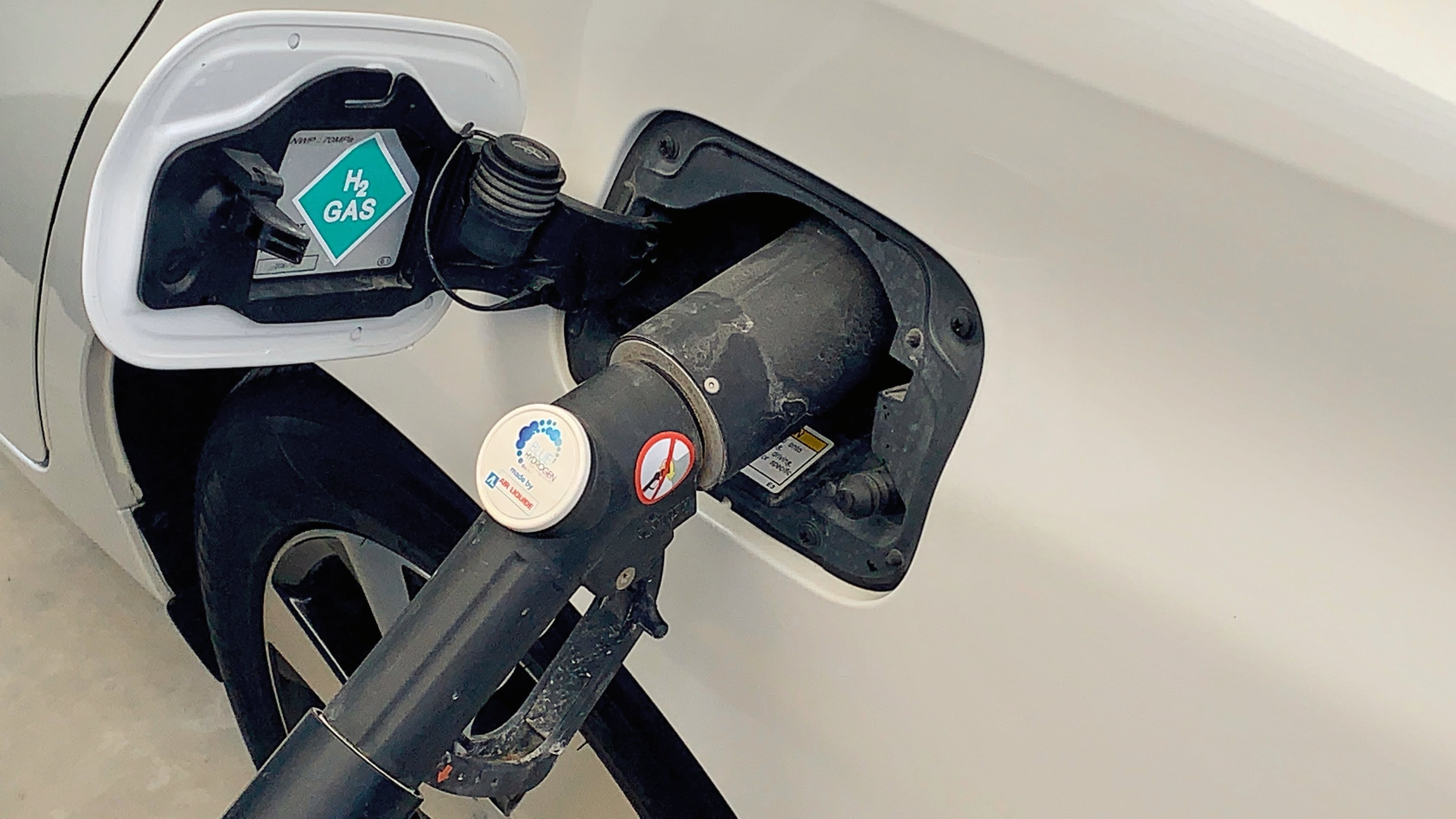 Besides giving us the opportunity to drive the car, Toyota also demonstrated filling the car up at a hydrogen station which has been set up by Toyota for such purposes. The process of refuelling is similar to that for traditional cars – you open a flap on the side of the car and insert a nozzle to pump it full of hydrogen.

Toyota obviously has their work cut out for them and a very challenging task to have the infrastructure ready for hydrogen refueling. Besides the test station set up by Toyota, there isn’t any other station currently in the UAE. But as Toyota explained, the process of creating hydrogen fuel is easier for oil producing countries through the “fracking” process.

Whether hydrogen fuel cells manage to make a dent in the industry or not remains to be seen but it’s always good to have multiple technologies being looked at and worked on, so kudos to Toyota for taking the initiative.